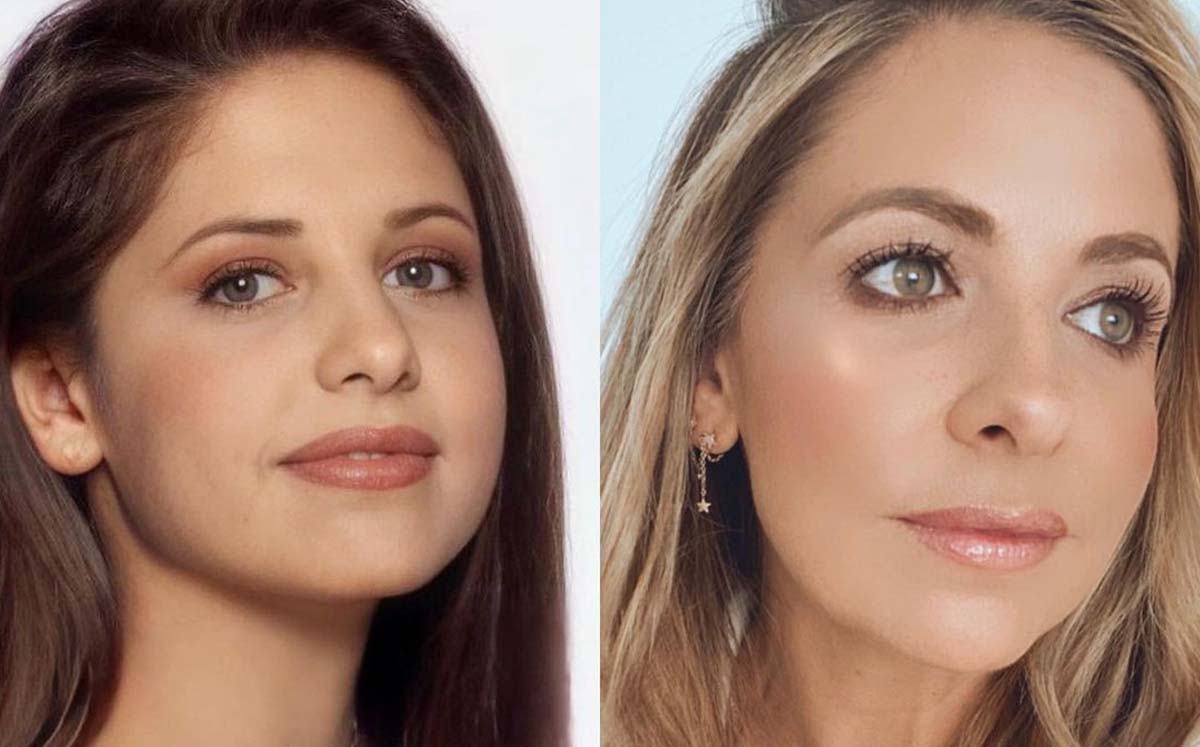 Despite keeping a low profile in recent years, the actress Sarah Michelle Gellar turns 45 this April 14. the famous actress is considered a youth icon of the nineties by being part of several films and series that marked the golden age of Hollywood blondes.

On March 10, 1997, Sarah Michelle Gellar became Hollywood’s favorite teen star, playing Buffythe vampire slayer, being one of the few female characters that marked the female empowerment of the time, rebellion and fashion in the genres of suspense and terror.

Although Buffy is only the beginning of a successful career in Hollywood, We take advantage of this day to take a tour of his cinematographic career as one of the most important icons of the industry in the nineties and early 2000’s.

This is how Sarah Michelle Gellar started in acting

Sarah Michelle Gellar was born on April 14, 1977 in New York.Following her parents’ divorce in 1984, Sarah grew up under her mother’s tutelage on the Upper East Side of Manhattan.

At the age of four, she was discovered by an agent when he saw her in a Manhattan restaurant, making her debut at age five in the movie Invasion of Privacy.

During his childhood, Sarah became a figure skaterwinning third place in a New York regional competition and got a black belt in taekwondoin addition to doing several commercials and modeling.

As a curiosity, Sarah Michelle Gellar was banned from McDonald’s after making a commercial for Burger King, where he claimed that Burger King hamburgers were better, the commercial received a lawsuit from McDonald’s and vetoed Gellar, prohibiting him from eating at any branch of the chain. The actress assured that it was difficult because she missed several children’s parties of her friends.

On the other hand, confessed that her childhood was not easy because she was a scholarship student that he did not have the standard of living of his wealthy peers. In addition to having problems with teachers for skipping classes to go to castings, it was there that she had her first box office success: “Todos mis niños” in 1993.

After several years of work, in 1995 Sarah Michelle Gellar moved to Los Angeles to grow as an actress and where he got the leading role in “Buffy the Vampire Slayer”becoming an action icon on television.

Sarah Michelle Gellar established herself as an icon of the nineties

In the six years that Sarah Michelle Gellar brought Buffy to life, sand consecrated as “Scream Queen” thanks to movies like “I know what you did last summer” (1997) and where she met her husband Freddie Prinze Jr.

She played one of the best villains of the nineties in “Cruel Intentions”in (1999) and at the beginning of the new millennium, was part of the cast of “Scooby Doo” and ended his hit streak with “The curse” in 2004 as an exchange student dealing with a curse in Tokyo.

Although the actress Sarah Michelle Gellar has never stopped workingover time chose to keep a low profile in his career. She is currently the mother of two children and keeps her career active on social networks, sharing some memories of her roles and winks of her from the series that brought her to fame: Buffy the Vampire Slayer.

Sarah Michelle Gellar. This is what the actress looks like at 45