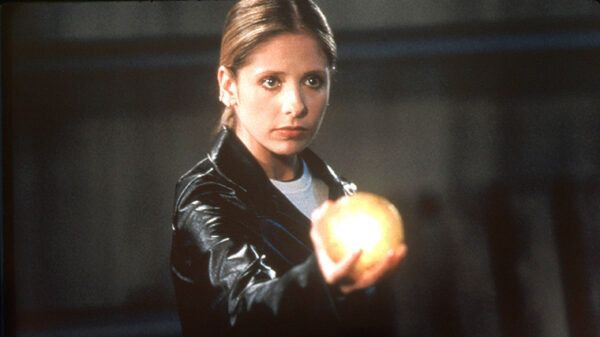 After reading this article you will definitely want to spend more time in bars, restaurants or just walking down the street. Here are 8 stars of series who were spotted by chance and became actors without having really looked for it.

[MISE A JOUR] : This article “8 TV stars who became accidental actors” originally appeared in October 2018. It was updated and republished in April 2022.

Before becoming the iconic heroine of buffy the vampire slayerSarah Michelle Gellar notably starred in The Force of Destiny. But did you know that she never really considered being an actress? And for good reason, Sarah Michelle Gellar was spotted at the age of 4 while she was eating at the restaurant with her parents.

It’s a bit of a fluke thatAlexis Blédel was cast in Gilmore Girls, the series that revealed her to the public. At the time, the young woman had never played in her life, but needed money to pay her tuition at New York University. Among several interviews for a job, Alexis Bledel passed a casting with the flu and thus landed her very first role.

David Boreanaz had the opportunity of his life walking his dog. Yes, you read correctly. He is a neighbor of Marti Noxon, screenwriter of buffy the vampire slayerwho scouted the future actor knowing the producers were looking for someone very handsome to play Angel. Like what, sometimes not much is enough.

The one who will become the Kate of Lost for an entire generation was spotted on the streets of Kelowna, Canada by a modeling agency. If the future actress had never considered a career in modeling, she was looking for a job to finance her studies. One thing leading to another, after a few commercials and roles in TV movies, she landed a spot in Lost.

He is a photographer and friend of Harmony Korine (Spring breakers) who discovered young Rosario Dawson sitting outside her home. This is how she made her film debut, notably in the film Kidsor SinCitybefore finding it on the small screen and more precisely on Netflix in the Marvel series: Daredevil, Jessica Jones, Luke Cage, Iron Fist and The Defenders.

It was at a football match in Canada in 1989 that Pamela Anderson’s life changed completely, in particular because she wore a Labatt t-shirt, a brand of beer. Her image was shown on the big screen and she then went from fitness teacher to brand spokesperson. She then pursued a career in modeling in Los Angeles and a few years later she became CJ Parker in Baywatch.

Ashton Kutcher was spotted at a bar in Iowa to enter a modeling contest. After winning – sure – he continued with other competitions before landing jobs for brands such as Versace or Calvin Klein. His acting talent will be revealed in the FOX sitcom, That ’70s Show.

Chris Pratt had a bohemian life before becoming an actor. The future hero of Guardians of the Galaxy living in a van in Hawaii and making just enough money to buy the bare minimum. And it was while working as a waiter in a restaurant in Maui that actress and director Rae Dawn Chung spotted and cast him in the short film. Cursed Part 3. Two years later, we discover it in the series Everwood.