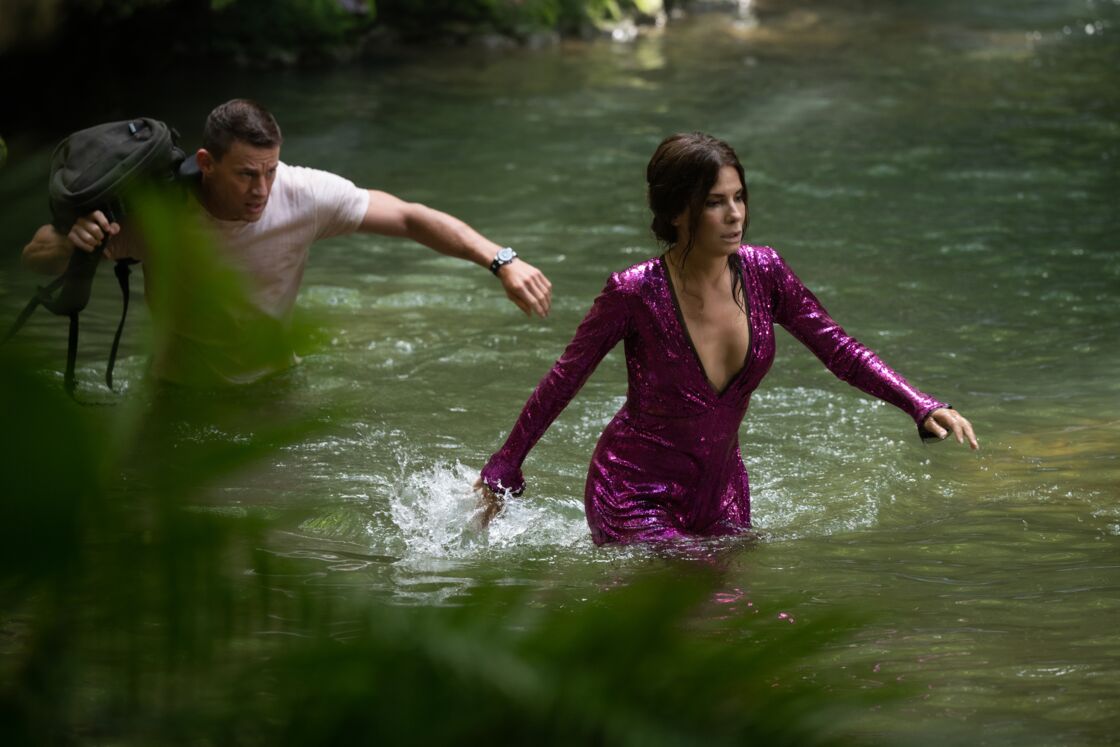 The announcement had the effect of a bomb on the side of Hollywood. Sandra Bullock, starring in Secret of the Lost City, puts her career on hold. A few years, time to take care of her two children. A strong choice, but not the first in his life.

If you are a Sandra Bullock fan, hurry up to admire it on the big screen. She is featured in Secret of the lost city, in theaters on Wednesday April 20, then will be this summer, on July 27, in Bullet Train. Next, curtain. It will be a long time before we can see it again in the cinema. At 57, the actress has indeed decided to put his career on hold. Sandra Bullock announced it at the end of March during the South by Southwest festival which was held in Austin, Texas, and where she had come to present The Secret of the Lost City surrounded by her partners Daniel Radcliffe and Channing Tatum. ” I’m just gonna take time to be a mom said the star, mother of two children she adopted, Louis, 12, and Laila, 10. ” I take my job very seriously, she added. It requires being available full time and I just want to be 24/7 with my babies and my family. This is where I’ll be for a while “.

Her investment has a price and today she pays it

Indeed, at work, Sandra Bullock gives everything. And not content with acting, she now produces most of her films. There too without counting. Neither his time nor his energy. Her friend Liza Chasin, also a producer on The Secret of the Lost City, can attest to this. ” Sandra gives 150% on both fronts. On the set, she constantly wore both hats, even for the scenes where she appeared on screen. I dare not think of the work that this implies in her head, because she never lost sight of the task of each of the people present. “. Actor Channing Tatum confirms: She’s a ball of energy as a producer, she puts you to the test in all areas “. But this investment has a price and today she pays it.

This is not the first break in his career

Sandra Bullock is not an isolated case in Hollywood. Before her, other actors and actresses have made the decision to put their careers on hold: Jennifer Lawrence, Daniel Day Lewis, Jessica Alba, Eva Mendes or more recently Emma Watson. The reason ? Want to make babies, to devote themselves to their family, but also sometimes burn out. Too much work, too much stress, too much exposure. Sandra Bullock does not say anything else. ” I want to be home “ she says on CBS News a few days after her announcement. ” I’m doing a disservice to the people involved with me on a project if I tell them “I just want to stay home”. ‘Cause I was running behind time, always looking for a new goal “. Sandra Bullock knows her limits. There, she stops of her own accord. Not like in 2010. That year, she marked a first break in her career. Since 1994 and the release of Speed which made her a star, she did not stop touring. Nearly twenty-six films in sixteen years. Mind-blowing. 2010 marks a turning point. Just after the Oscar and the Golden Globe for best actress for her role in The Blind Sideshe received the Razzie Award for Worst Actress for All about Steve. And her life collapses when she discovers her husband’s infidelities, Jesse G. Jame, married five years earlier. Humiliated, she then retired to her home in Texas. She cuts everything and warns her agents not to send her any more scripts. Above all, she decides to offer herself her most beautiful role: that of mother. She adopts her first child, Louis, only eight months old. Sandra Mothers Away Hollywood. Until the day the director Alfonso Cuarón arrives at her house to convince her to play in his new project, Gravity. ” I didn’t want to work, but it was hard to tell him no. This film presented itself as a once-in-a-lifetime experience. She did well: box office success relaunched his career.

She wants to devote herself 100% to her two children

But no more repeating the same mistakes. She goes at her own pace. Five films in seven years. More reasonable. But it’s still too much. Sandra Bullock now wants to devote herself 100% to her family. Louis, now 12, but also Laila, 10, adopted in 2015 at the age of 3. And then Bryan Randall, 55, the man who has shared his life for six years now. The one who reconciled her with love after the failure of her first marriage. No one knows when we will see Sandra Bullock on screen again. She tries to reassure: I’ll get back to it. I do not know when. Probably when my children are teenagers, at the age of 16 or 17 “. But she doesn’t pressure herself. She now knows her priorities and only her well-being counts. She is certainly right.

Sandra Bullock (The secret of the lost city): this radical decision that she has just taken