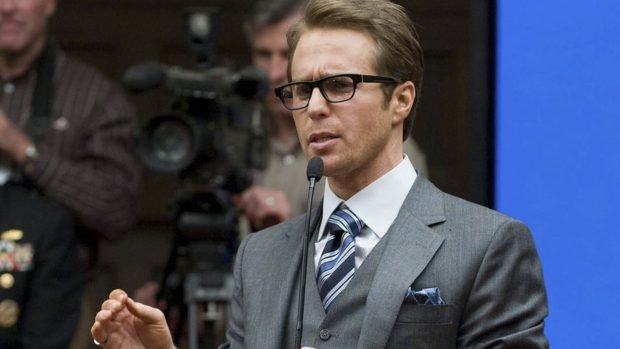 Thunderbolts It was one of the most applauded novelties of Disney Expo DS23. The film had already been announced, but what we did not know was the main cast and the members of this kind of Marvel “suicide squad”. Florence Pugh will lead the team as the Black Widow in a group made up of Abomination (Tim Roth), Winter Soldier (Sebastian Stan), Ava (Hannah John-Kamen), John Walker (Wyatt Russell) and task master (Olga Kurylenko). A string of leading antiheroes and villains that at first seems closed. However, while waiting to see how the project evolves, we have just learned that Sam Rockwell would love to get his villain back from the MCU for the future film directed by Jake Schreier.

The actor won the Oscar for his role in Three billboards outside and has ultimately built a career full of great films. Despite this, he does not deny his stage in the superhero genre, when he played one of the villains of Iron Man 2. If you are a fan of the armored hero, you may remember the character of Ivan Vanko, played by Mickey Rourke, more in the sequel, but in reality the architect of the plan to end Tony Stark’s business was Justin Hammer. The weapons businessman is the billionaire avenger’s main technological rival in the comics, assuming more than one headache for the adventures of the hero.

In iron-man 2, Vanko betrays Hammer and Hammer is arrested for conspiracy. The last we heard of the character was in the short documentary All hail the kingwhere we saw as the character of Sam Rockwell He was serving time at Seagate Prison.. Unfortunately, we haven’t heard from him after events as important as the Infinity War span. In an interview with The Discourse, Rockwell revealed that he would love to be in Thunderbolts:

“Yes, definitely. Thunderbolt…I would like that. That sound good. Which villains would be in it? Yes! Yeah, it would be fun…Hammer is all Lex Luthor.”

A few months ago, the return of Hammer’s character to the franchise could be crazy, but if this phase 5 is being characterized by something, it is by to see characters again that we would never have imagined. Charlie Cox and Vicent D’Onofrio’s Daredevil and Kingpin, Abomination or the most recent case…the villain known by the name of the Leader, who will once again be played by Tim Blake Nelson, after his appearance in The incredible Hulk in 2008.

Sam Rockwell wants to get his villain back for ‘Thunderbolts’