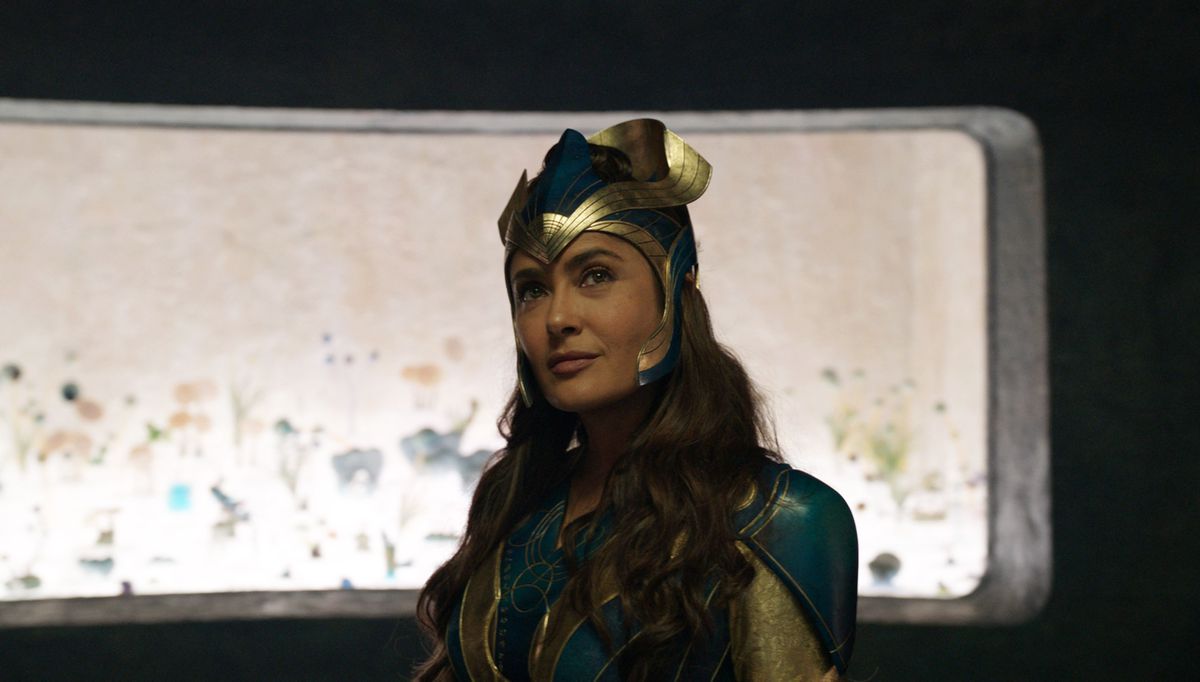 It seemed like a promotional interview like any other, until Salma Hayek shed a few tears in the air. “I saw my brown face in the superhero costume, and when I saw my face I saw your face, I saw my face as a girl, who had to have so much courage to dream big,” said the Mexican actress on the verge of tears. “I saw the faces of all the girls. I realized that a door had been opened where I was not alone, but in that suit we were all Latinos together that we have waited so long for this moment, “said Hayek in an interview with the program. Wake up America, from the Univisión network.

However, statements about his skin tone have raised the tone in social networks about the representativeness of the Latino community in Hollywood cinema. “It turns out that Salma Hayek, a millionaire woman who was born rich, of a Lebanese father and Spanish mother, represents the brown people of America. There is no doubt that for the gringos all that is to the south is Mexico ”, has mentioned film critic Alonso Díaz de la Vega on Twitter.

For Federico Navarrete, historian and author of Racist Mexico: a complaint, there is a greater representation of the Latino community in Hollywood, although it is not yet fully inclusive. “She is a Latin superheroine, who represents Latinity in general, but she is the type of brown person in general, since brown people of indigenous origin are much less represented and on the contrary, they are invisible,” she says in an interview.

Darker skins are still a matter of debate in Hollywood productions. While, in Eternals A diverse group is observed that includes blacks, Asians and actors with disabilities, racial representation in large productions continues to be lower when it comes to brown or colored people. According a study by the Geena Davis Institute, almost 80% of the roles that actresses classified as brunettes are carried are of light or very light skin.

For Horacio Garcia-Rojas, actor and part of the Poder Prieto initiative, although it is good news that there is racial representation in Hollywood, it must occur in all film markets. “We applaud that it is done in Marvel, in the United States, but it must also happen in our country, that there is a positive impact where brown people can be heroes and not just criminals, naive or villains,” he says on the phone.

And it is not only the skin color, but the controversy has also centered on an alleged privilege of the Mexican actress. “It is questionable, since to what extent Salma Hayek, a wealthy and privileged woman, has to say that she can represent all Latinos,” Navarrete comments.

The differences between being a Spanish-speaking actor who lives in a mansion in Miami and being an illegal migrant who has crossed the border “in the wet”. According to a study From the Pew Research Center, 83% of the Latino community in the United States has suffered some type of discrimination. “Of course it is positive to see a Mexican woman as a superhero, but representation has its limits,” says Navarrete. “It would be necessary to see when a woman with indigenous origins or with much darker skin can have a place in these productions”, indicates the author of the Mexican racism alphabet.