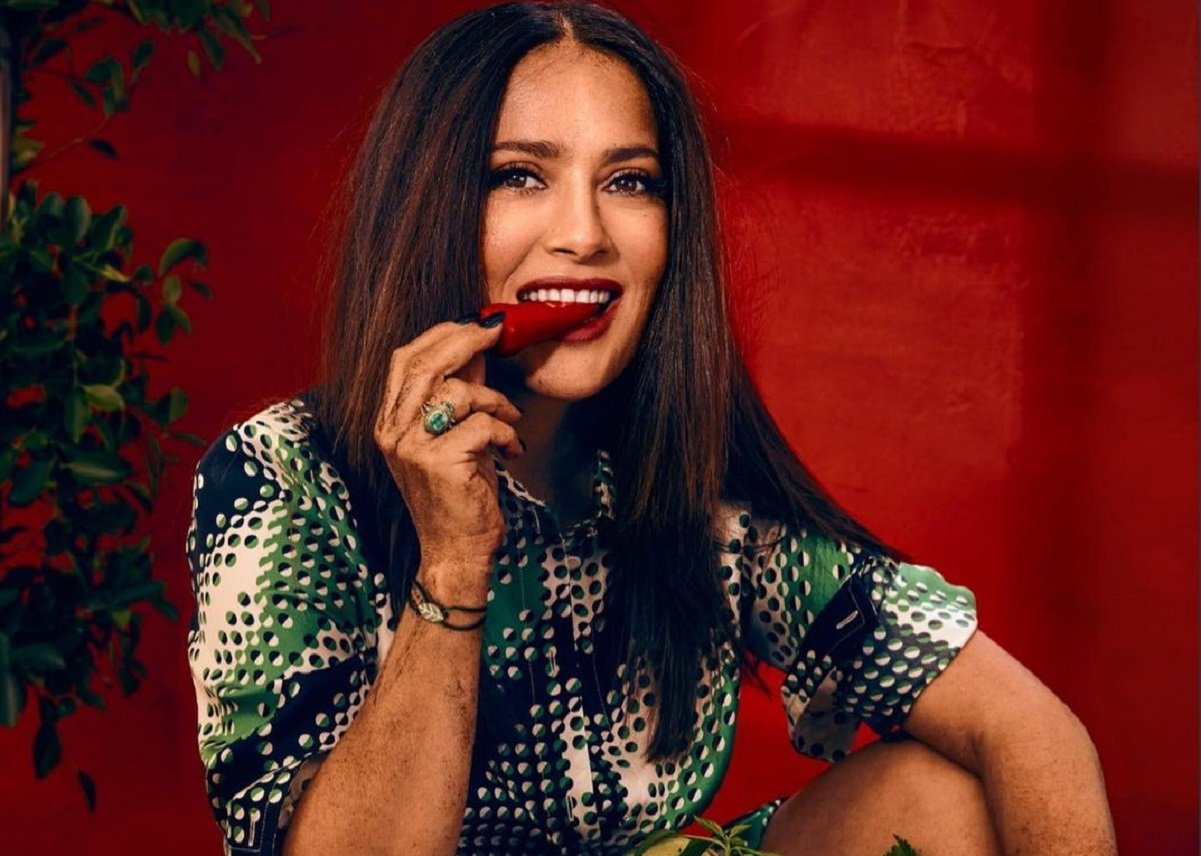 At 54 years old Salma Hayek she continues to conquer the cameras with her beauty and her usual stunning style.

The Mexican, originally from Veracruz, is still present in the world of cinema and the media. And showing off her beauty on social networks, as we recently saw in a photo session she shared on her Instagram account, where she dominates the camera with a blue ruffle dress that we love.

Today in Last we have all the details of the dazzling look of Salma Hayek.

On a set in London Salma posed for Zoe McConnell, a photographer who has worked for magazines like ELLE and Playboy and with brands like Gucci and Versace, who was in charge of capturing the look what Hayek wore.

Sitting on a buffet-style furniture, with a painting behind where the presence of agaves stood out, Salma posed in the center.

With one leg crossed Salma wore a dress blue king with transparencies. With a v-neckline surrounded by ruffles that gave it a sexy touch, Salma she modeled for the camera by leaning and changing her pose. 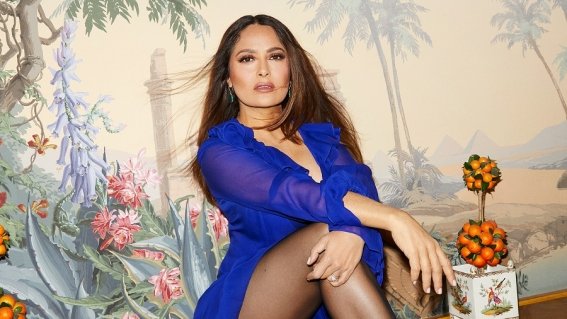 The dress that she wore in the session is designed with long sleeves that end in a slight bell at the wrist, where they were adjusted with a drawstring.

This precious dress that the woman from Veracruz was wearing has a mullet cut, and transparencies that let her feet show off.

The ruffles that fascinate us, they go down from the neck and neckline to one side to continue surrounding the entire shore of the dress. This look was accompanied by black pantyhose, which Salma She looked without shoes giving her a flirty style.

The actress’s gaze wore a shadow in the highest tones of a nude range, long eyelashes that stood out, a contour that stylized her face and nude lips with a slight shine. She was wearing a pair of emerald green stone earrings.

In the session highlights his hair straightened in a dark brown shade that fades to a lighter brown towards the ends, simply styled in half.

The Mexican wore some rings on the ring finger of her left hand, and a manicure in a very light nude tone, made with Essie brand enamels, as specified by manicurist Kate Williamson. 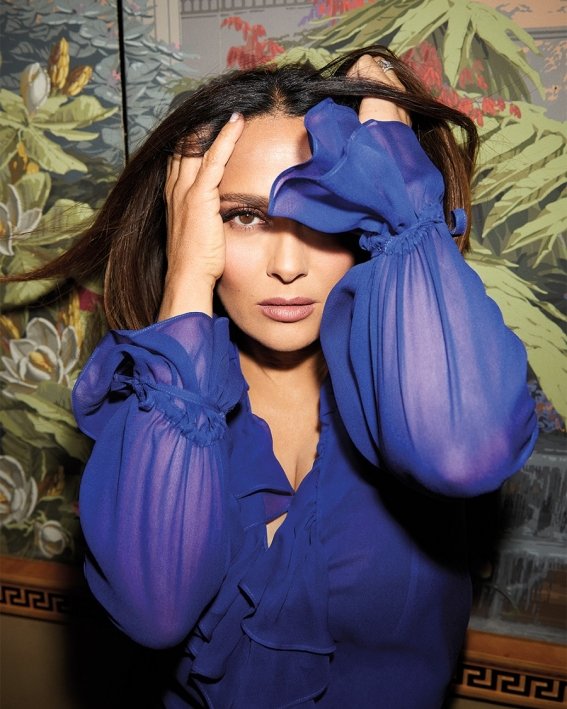 With this look, Salma Hayek looked at the camera giving her various poses and looking at her defiantly and without intimidation, while part of the production used wind so that the hair and the blue dress from ruffles, which she carried with complete security, could move and make the Mexican look more beautiful.

On her Instagram account, the now Marvel actress shows us a behind the scenes where he lets us see his fluency to model and look fabulous even after 50 years.

In the posting of this little video, Salma he just added “#Behindthescenes” and mentioned Variety magazine, which was the one that did the photoshoot.

In the publication with more than 2 million reproductions, comments of compliment were made, both from fans and other actors such as Mía Maestro, the Argentine actress who commented “Bella”, and added a heart emoji.

While the blue dress from ruffles It is beautiful, the bearing of Salma Hayek it ends up giving it the final touch, and together they look spectacular.

Read also: We tell you where the SHEIN physical store in CDMX is