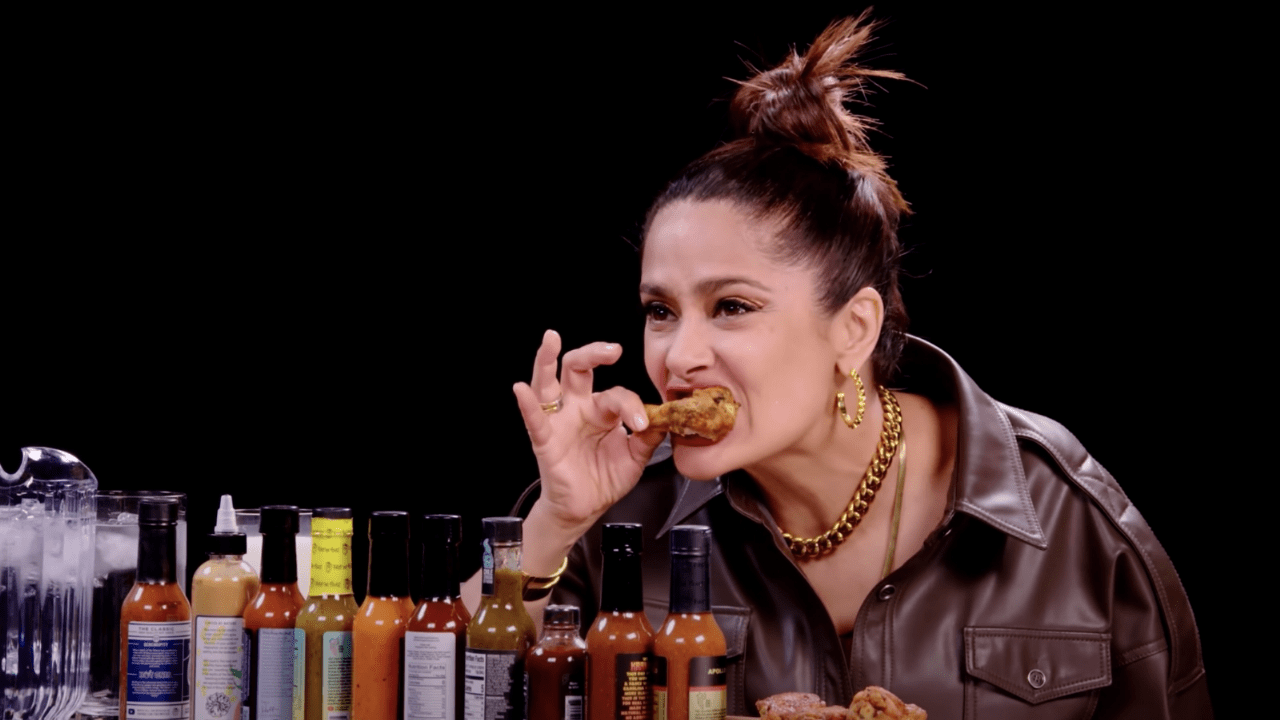 It is not strange for anyone to talk about Salma Hayek, the Mexican who these days has remained much more popular than ever, among the film of Eternals and her recent revelation of the star in the pass of fame, which consolidates her as one of the best in the Hollywood film and television industry, filling us with total pride and happiness.

Although, she has always stood out for her great performances, today Hayek has given something to talk about, but not because of his performance, but because of his side Mexican stronger by showing that; “As a self-respecting Mexican, you can eat extra hot sauces without any fear of life.”

In a recent video on the popular channel YouTube; First We Feast, An expert channel for approving artists to eat sauces, now he decided to do it with the Veracruz woman. During the segment “Hot Ones”, talked about his career and some of his favorite restaurants, all while enjoying some chicken wings and tasted the different levels of sauce that they were.

Also, in the interview, the actress He also revealed that he was wearing 3 months without eating spicy and alcohol, so now his return to spicy It could be complicated, but not entirely impossible, because it is Mexican. In the video, you can see Salma, suffering until the fourth wing, with a sauce what, according to her words; “It starts off well, but as it progresses, it gets spicier and spicier, it’s extremely misleading and it hurts a lot, it’s terrible and my tongue hurts.”

That was perhaps the only sauce in which the Mexican reacted in such a way, she even told her directly “I do not like you”. Fortunately, the latest 2 salsas fThey were much lighter for the actress, but as strange as it may seem, that being the name The bomb with which he suffered the most.