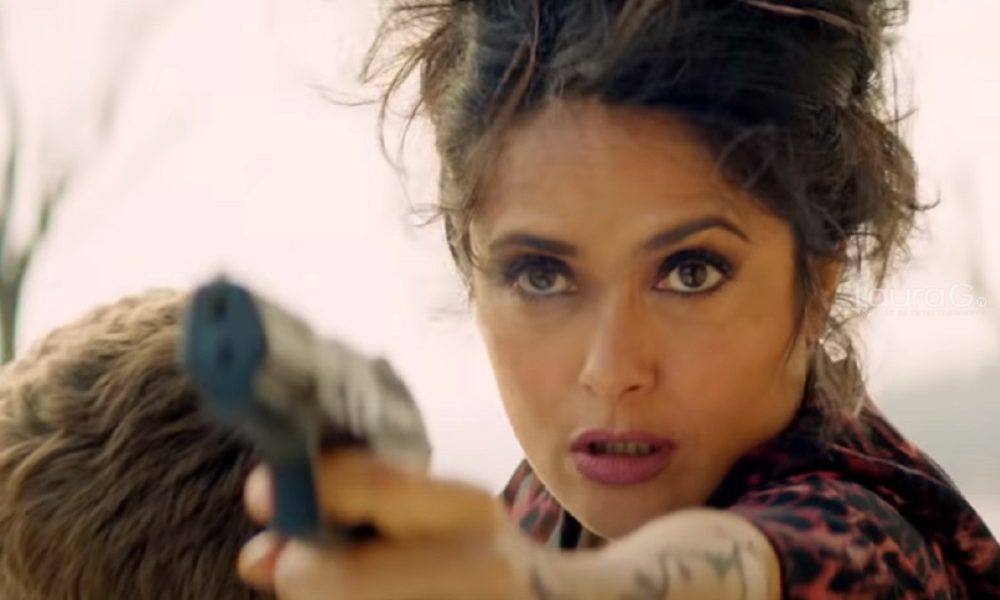 
The Angels.- A wild Latina, foul-mouthed and capable of slapping Ryan Reynolds when you deserve them. This is the role of Salma Hayek on “Hard to care 2”, an action comedy that will make many women feel “vindicated.”

This is what the actress said in a recent interview to promote the film.

“There is still a lot of age discrimination, especially when it comes to women. And that’s one thing my character Sonia can’t stand ”.

“She is explosive by nature. But if you want to see her explode beyond conceivable, hint something about her age and then get ready… ”.

After a small appearance in “Hard to care” (2017), Salma Hayek acquires much more prominence in this sequel that hits theaters this Wednesday also in Mexico and in which they accompany her Ryan Reynolds, Samuel L. Jackson and a Antonio Banderas in the shoes of a flamboyant villain.

The actress was very satisfied that director Patrick Hughes allowed her to do “whatever she wanted” with her character and model Sonia to her liking.

Also her friend Ryan Reynolds was key for Salma to be encouraged to give depth to her role in this new film.

In the first installment, it was only two days of work for the Mexican, but now things are very different.

“Now instead of the protagonists being two, there are going to be three. And you’re going to be one of them, ‘”the director told him.

Sonia is a liberating character

Salma storms into the film’s mood as the wife of Darius Kincaid (Samuel L. Jackson), the hit man that bodyguard Michael Bryce (Ryan Reynolds) was supposed to protect in the first film.

In this continuation, Sonia and Michael have to join forces to rescue Darius, a mission between the suicidal and the crazy that will lead to countless chases at full speed and totally insane plans.

In this sense, Salma stressed how “liberating” it is to embody such an impulsive and overwhelming character as Sonia.

But she also admitted she was “a little nervous” about sneaking into the electric comedy duo of Reynolds and Jackson.

“They have wonderful chemistry. They have two completely different styles of comedy and they somehow complement each other. It is very difficult to enter as a third party and not break what they already have ”.

However, the interpreter praised the generosity of both actors to “give a field” to Sonia and make a place for her as equals in this story.

IT MAY INTEREST YOU: Frida will come to life in the new immersive digital experience

In a recent interview with the magazine Variety, Reynolds joked that he can still feel the aftermath of the slaps Hayek gave him on set, just as the script required.

The actress defended herself against these accusations by Reynolds without losing her sense of humor.

“He told me to hit it. He didn’t think I was going to hit him so hard, but I obey, ”he ironically.

“Then he spent it complaining, but the truth is that my hand hurt too. Don’t think that only his face hurt… ”.

On “Hard to care 2” He also had the opportunity to meet with his beloved Antonio Banderas, who has been linked by a great friendship for decades after sharing credits in films such as “Desperado”.

However, between takes, some members of the team seemed concerned about whether these two Hispanic stars were really getting along.

“You and your readers will understand very well what I am going to say. He left the character of the bad guy and I of the crazy one. Then we were all the time together on set and we spoke in Spanish. And you know that when we speak, we speak with more passion, we wave our hands, the volume is much higher than in English… ”.

“But one day I realized that everyone was looking at us with fear. I think people thought we were fighting, but that’s how Antonio and I talk ”.

Salma recently revealed that she was infected with coronavirus in 2020 and that she was convalescing for several weeks, now enjoying a brilliant 2021 professionally, since at the end of the year she will premiere “Eternals” and “House of Gucci” by Ridley Scott.

“It’s interesting because if the pandemic hadn’t happened, these films wouldn’t have come out so close together, but now it’s a great year for me.” (Eph)