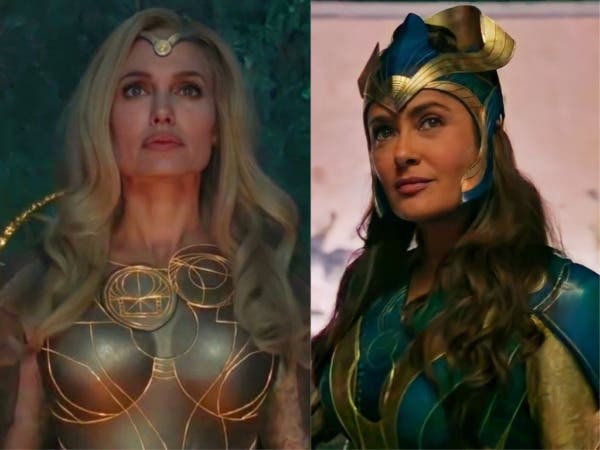 One more movie from the Marvel Universe is expected to hit theaters in November, but in the meantime the preview of it has caused astonishment.

MEXICO.- “Eternals” It is the new Marvel film that is about to be released, for this reason the trailer has been released in which the participation of top-level stars is shown, such as Angelina Jolie, Kit Harington, Salma Hayek, Millie Bobby Brown and Kumail Nanjiani, among others.

The video showing a superhero family Immortals who protect humanity surprised Marvel fans on Monday, March 24, who woke up with the news of the launch of the first official trailer, which in a matter of minutes accumulated thousands of views.

However, the name of Salma Hayek Y Angelina Jolie became a trend on Twitter, due to the impact that both actresses caused.

I don’t know if I’m ready to see the Goddesses Angelina Jolie and Salma Hayek act together in a movie (and Marvel) pic.twitter.com/O1jVxLszvT

What is “Eternals” about?

The preview starts with some people on the beach looking to the horizon. Suddenly i know a huge dark figure approaches, a space ship. Seconds later we see the protagonists of this film and the way they engage with people who are on Earth (Angelina Jolie and Salma Hayek are the first heroines to appear).

“We have observed and guided. We have helped them to progress and we have seen them achieve wonders. Over the years we have never interfered until now,” says a voice that accompanies the clip showing scenes from catastrophic times that require the intervention of these divine figures.

According to Marvel, the history of “Eternals” spans thousands of years and shows a group of immortal heroes, which are forced out of the shadows to fight the oldest enemy of mankind known as “The Devianst”.

In the comics, the character played by Salma Hayek is a man, But for the film they decided to give the character a twist and now she is a woman.

The Mexican will give life to a heroine who has the exclusive power to communicate with the ‘Celestials’, which are basically the creators of the ‘Eternals’ and one of the most powerful races in Marvel.

This is what Salma Hayek looks like, who will play Ajak in #EternalsIn the comics this character had a strong presence in Central America, where the Aztecs believed that he was Quetzalcóatl and the Incas worshiped him as Tecumotzin, the Lord of Flight. ✨ pic.twitter.com/wP8sfSOvCQ

The actress plays one of the most powerful heroines in comics. She is the daughter of Zuras, a representation of Zeus, the mythological god. Furthermore, it is cousin of ‘Thanos’ and his brother is Starfox.

Angelina became a woman who has extraordinary powers and abilities, such as super strength, speed superhuman and manipulation of cosmic and molecular energy, telepathy and more.

Angelina Jolie as Thena the Eternal will definitely steal the show. Our undoubted Gloriana. pic.twitter.com/hbRHU40hY9