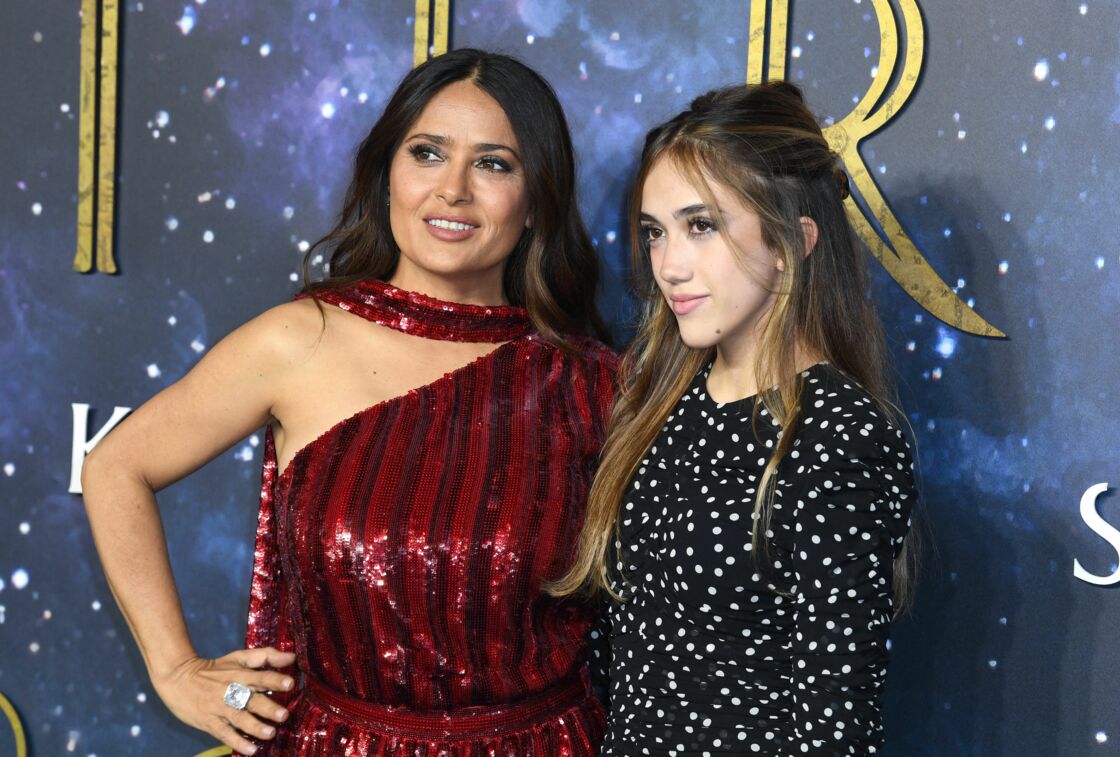 Valentina Pinault grew up out of sight. At 14, she came out of the shadows for the first time alongside her mother, actress Salma Hayek… who almost stopped her career to take care of her offspring. Confidences of a fulfilled mother.

A great first for a world preview: on the bill for the next Marvel, The Eternals (November 3 indoors), Salma Hayek has agreed to walk the red carpet in Los Angeles accompanied by her daughter Valentina Pinault, 14, the child of happiness that she had with her husband François-Henri Pinault, CEO of the luxury group Kering. A rare appearance, and a unique mother-daughter relationship, as she explains to us in an exclusive interview during which, the 55-year-old star told us that she did not shy away from her pleasure in being at the head of a group of superheroes on the big screen. A bit like in real life?

GALA : What is your greatest motivation in everything you do?

SALMA HAYEK : My daughter ! She is without a doubt my biggest inspiration ! And my priority. I know thatshe is proud to see me working, be creative in everything I do. When Valentina was little, I felt guilty about continuing my career, accepting roles and going on film sets. Finally, the more time passes, the more I realize that it did him good to have a active and always busy mother.

GALA : You have been married to French businessman François-Henri Pinault since 2009: do you speak French at home with your daughter?

S. H. : No, not really, we continue to speak English and it’s a sweet mix of sounds between my Spanish and my husband’s French. (She smiles.) However, I always keep France in my heart. It is a truly wonderful country even if, for my taste, the French like to bitch a little too often! (She laughs.)

GALA : Back to your movie, The Eternals, and your role as band leader. Have you taken a liking to it?

S. H. : I admit that it did my ego a lot of good! (She laughs.) I’m the leader of this group of Eternals who comes to Earth with a specific mission. I didn’t want to play this off of all the other action movies. I wanted to play a gang leader like a mother who guides her own children. And finally, on screen we are like some kind of Latino alien family who have come to save the world.

GALA : How does it feel to play heroines at your age?

S. H. : It is great to play a superhero at 55… And what’s more, when it comes to a Mexican woman. And then, basically, I am one of the people who thinks that the body dies, but never the spirit.

GALA : You have four films showing in 2021: what’s the secret to your longevity in Hollywood?

S. H. : I think I understood quite quickly several key things. The first of these was to ne never forget me let alone deny who I am in favor of proposals, certainly attractive, but… I believe that the fact of having always wanted to remember my roots was vital. Saving. Then I realized quite quickly the need to create and produce myself. Especially if you are a woman, it is essential that you start writing and creating your own projects.

GALA : Don’t you feel like women have finally gotten the same treatment as men in show business?

S. H. : No, my dear, you must not exaggerate! It is clear that we are moving in the right direction, but this progress is rather slow. The road is still strewn with pitfalls and there are a lot of false dishes. There is a clear improvement but I am not taking a lot of risks in telling you thatthere is still a lot of work to do in this domain. On the other hand, I am pleasantly surprised to see more and more female directors stick their heads out the window to prove that they really exist!