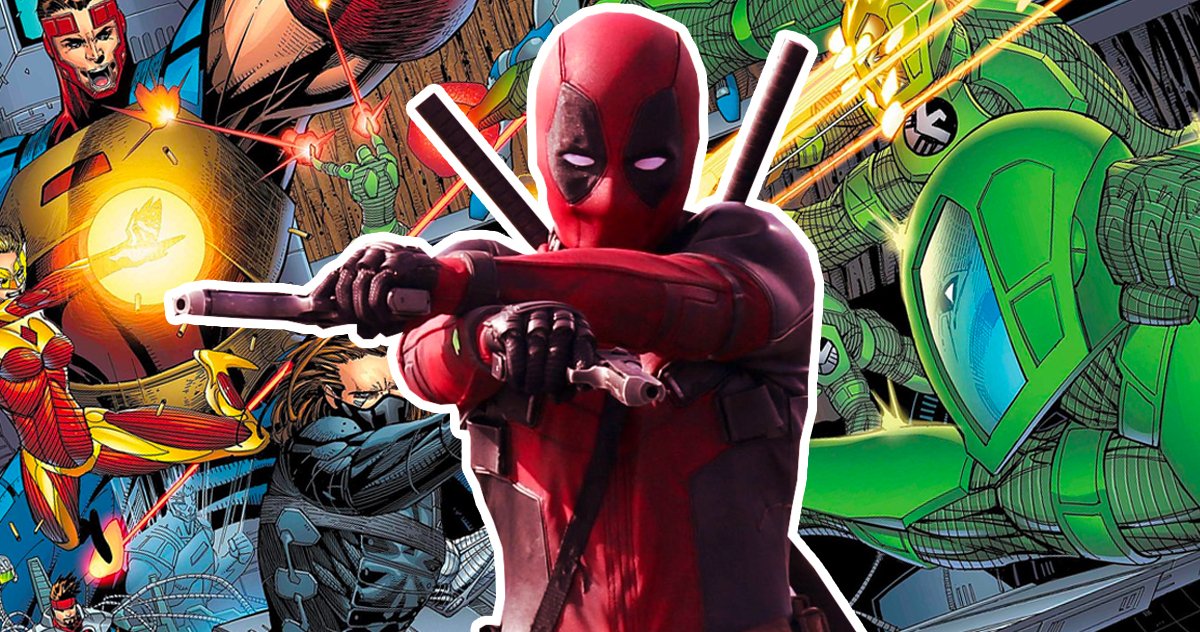 We are in a time of transition in the Marvel Cinematic Universe. Avengers: Endgame closed many doors. But many other doors open. We have TV shows like WandaVision and The Falcon and the Winter Soldier. Restarts such as The Fantastic Four and Blade are on their way. In addition, Ryan Renolds’ dead Pool will continue under the Disney regime. And while Deadpool 3 is under development, there is another project that could use the Merc With a Mouth. To know, Thunderbolts.

Before diving, note that Thunderbolts isn’t officially in development at Marvel Studios, either as a movie or TV show. That said, The Falcon and the Winter Soldier moved a lot of pieces for the band to debut in the future. With that, it could present the perfect opportunity to fold Wade Wilson into the bigger MCU.

Who are the Thunderbolts?

the Thunderbolts debuted in the pages of Marvel Comics in 1997. The group first appeared in The Incredible Hulk # 449 and was created by Kurt Busiek. They look like those in DC Suicide Squad, a bunch of bad guys trying to do good. But they’re not just a carbon copy. Led by Zemo, the original team of villains disguised themselves as heroes in an attempt to perform bad deeds. The group has gone through various incarnations over the years. Sometimes government sanctioned and sometimes operating independently. Meanwhile, a group of rotating characters took turns participating in their various missions.

Baron Zemo, played by Daneil Bruhl who we met for the first time Captain America: Civil War, is very present in the MCU following the events of The Falcon and the Winter Soldier. Bucky Barnes, aka the Winter Soldier, played by Sebastian Stan, was also a member of the Thunderbolts sometimes just like Punisher and, perhaps more importantly, Thunderbolt Ross. In the comics, Ross ultimately becomes the Red Hulk. Whether or not Marvel takes this route with William Hurt’s version of the character remains to be seen. But Ross could, at the very least, be the government man behind the team. And yes, Deadpool has indeed been associated with the group before. The pieces are in place.

What’s going on with Deadpool in the MCU?

When Disney struck a deal to buy most of Fox’s media assets in early 2019, dead Pool, the X Men and The Fantastic Four franchises have effectively become a part of the Marvel Cinematic Universe. Disney owns Marvel, and as such, they entrusted these characters to Marvel Studios director Kevin Feige. While the X-Men Fantastic Four will be rebooted, Ryan Reynolds has proven extremely popular as Wade Wilson. The idea was to bring him back for Deadpool 3.

But Disney is a different beast. They hadn’t done much before in the R-rated world. dead Pool, as a franchise, depends on the R rating. Yes, the studio and Reynolds have reunited and a third film, which will be written by Wendy Molyneux and Lizzie Molyneux-Loeglin of Bob’s Burgers Fame. That said, it still seems like the studio has been wondering how to fold this character back into their pre-existing universe. The answer may be to look them in the face.

Why Deadpool makes sense to lead the Thunderbolts

Deadpool is the face of an extremely successful and beloved franchise. That’s not to say Deadpool is a great leader. Sure, Deadpool 2 configure the X-Force, which we’ll probably never see. At least not anytime soon. But the fact remains that Wade Wilson is more of a lone wolf most of the time. Anyway, have Ryan reynoldsThe version of the character leading a team of villains on savage missions seems in some ways a no-brainer. Maybe he doesn’t even need to be the “leader” in a real sense, but in terms of putting a brand name on the eventual. Thunderbolts adaptation? It’s hard to imagine a more effective, universally meaningful way to reinforce this particular intellectual property in the eyes of those who may not be familiar with it.

Thunderbolts is also a property that lends itself to a perk, whether as a hard PG-13 or an R-rated. This is where Deadpool absolutely thrives. And it doesn’t even have to be silly. Yes, we can still experience these adventures in movies like Deadpool 3. But it can show us the grittier side of Wade Wilson, as well as the other characters that make up the team. It’s a logical way to give Reynolds more to do in the MCU, in a setting that matches his character, while still keeping the door open for solo appearances. It also adds enormous star power to a lesser-known title that could set the stage for success. Imagine what an interaction between Zemo and Deadpool would look like. Imagine Thunderbolt Ross trying to keep Wade Wilson under control. There is a lot to play here.

This is the big question. As a movie? Sure. It’s not hard to see Marvel Studios get Ryan Reynolds to sign on the dotted line for a Thunderbolts movie franchise. Like TV show? It is potentially more difficult. If there is a large overall distribution, money becomes delicate. Yes, Marvel and Disney are making it work with some of these other Disney + programs, but that would, in theory, be on another level. But this is Marvel we’re talking about. Nothing is impossible at this stage.