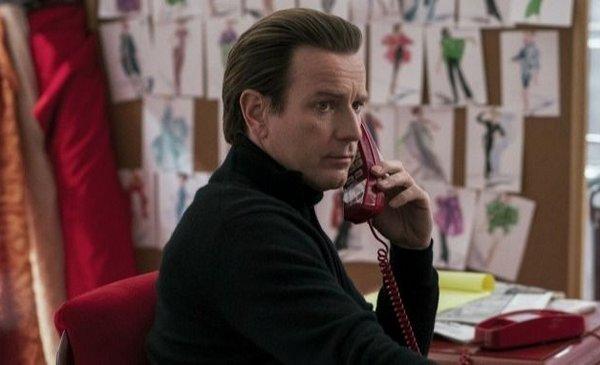 With very little promotion in networks, came to Netflix Halston, miniseries created by Ryan Murphy and starring Ewan McGregor centered on legendary fashion designer Roy Halston Frowick. The show tries to capture the spirit of its creation and the mark it left in the world of fashion in New York in the 70s and 80s.

Along with McGregor, The cast of the series is completed by Krysta Rodriguez as Liza Minnelli, Rebecca Dayan playing Elsa Peretti, Bill Pullman who plays David Mahoney, and Gian Franco Rodriguez, who will play Victor Hugo. The series will complete the cast alongside David Pittu as Joe Eula, Sullivan Jones as Ed Austin, Rory Culkin as Joel Schumacher, Kelly Bishop as Eleanor Lambert, and Vera Farmiga as Adele.

The official synopsis of the series is as follows: “Halston tells the story of the legendary fashion designer (played by Ewan McGregor) and how he turned his invented name into a global emporium synonymous with luxury, sex, status and fame, literally defining his time – the New York of the 70s and 80s – until a hostile takeover bid forced him to fight for his most precious asset: Halston. “

Ryan Murphy and McGregor himself are part of the producing team of a series that will be directed by Daniel Minahan. The 5 chapters of Halston They last between 45-55 minutes and are already available on Netflix.

American Horror Story: when does season 10 start and what will the plot be like?

Haunted mansions, a cursed circus, neuropsychiatric hospitals, witch convents and abandoned cabins were some of the settings in which the anthological series American horror story terrified millions of viewers. After traveling to 1984 for a ninth season that paid tribute to slasher subgenre films, fans are still wondering what will be the plot of the new story created by Ryan Murphy. All the clues and details to anticipate one of the most marathon series on television.

Without a scheduled release date given the delays caused by the coronaviruss it is expected that American horror story return to the small screen sometime in 2021, after filming the third installment of American Crime Story -series that Murphy also produces- as confirmed by actress Sarah Paulson, who will be in both projects.

Months ago the rumor leaked that the new episodes could have an “aquatic theme“and Ryan Murphy sent a suggestive comment to The Wrap feeding the theory:” a lot of what we were going to shoot depended on a very specific moment; it was a series that depended on the weather. So I don’t know. I don’t know what we’re going to do. I do not know what will be next with the series. I do not know if we will advance another of the seasons or maybe we will wait a year to shoot this one. So far no one has told me. Okay, we have a plan to move forward. So for the moment we are all standing still. I honestly don’t know what’s going to happen. But it’s a great season and all the actors are really looking forward to being in it. “

Despite the statements of the creator of the show the official posters of season 10 follow the idea of ​​an aquatic plot: in one we see monstrous green hands taking a woman to the depths of the sea and in another you can see hands trying to scale a kind of cliff on a beach, accompanied by the following phrase: ‘Things are starting to go wrong on the coast’.