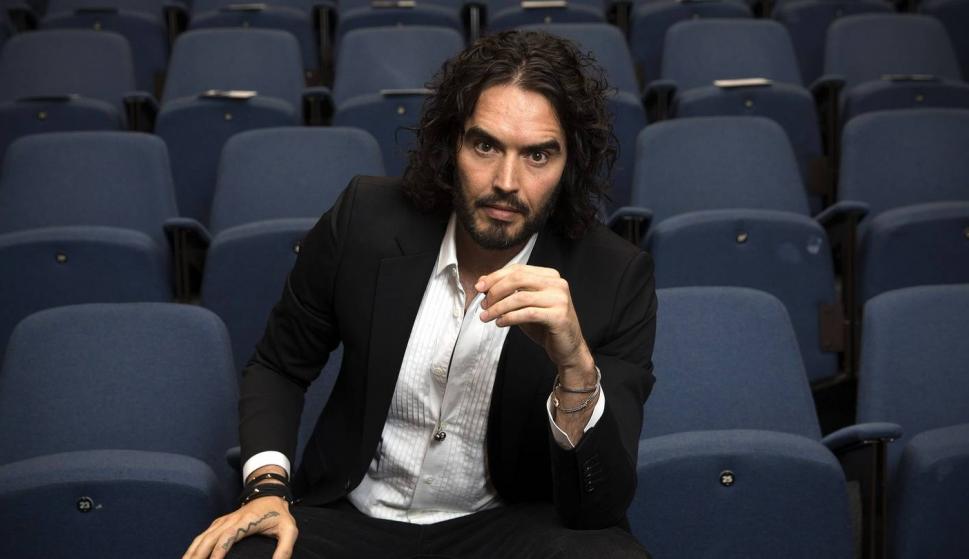 At one time, his name was synonymous with quilombo. As if it were a British equivalent to Charlie Sheen in his wildest days, Russell Brand it made the headlines too often in the most sensationalized media. He filled in all the boxes in the preferred forms of those outlets: drug and sex addiction, scandalous comments, nude public appearances, and countless relationships and breakups.

He was born in 1975 in Essex and is an only child. His parents separated when he was six months old and at some point different relatives had to take care of him, because his mother was hospitalized for cancer treatment. His father, meanwhile, was always a sporadic presence. As sometimes happens, he did not get on with one of the couples his mother had after the divorce. That complicated family context, he would later say, would drive him to want to be a celebrity. He believed that there he could find the love and the connection that he did not have as a boy.

The first frictions with the arts and entertainment were in adolescence, in plays at the high school. There, both he and others realized the charisma and sympathy (when he wanted) that he possessed. In adolescence, he also began to try different drugs, until he became addicted.

Still in that whirlwind of consuming drugs, of a couple relationship behind the other and different controversial events (he disguised himself as Osama Bin Laden to host a television program on September 12, 2001, for example), Brand showed enough talent to appear in several comedies in Hollywood and TV series (Brand currently has 40 acting credits on the IMDB film database).

He was racing at full speed, in a stormy, zigzagging path, toward the fame and celebrity he craved. In 2010, it arrived. That year, he married the American singer Katy Perry. They were both at a particularly high time. He had released the movie “Get Him To The Greek”, and she had released the album “Teenage Dream” which broke record after record. After almost two years, they got divorced.

A period of a slightly lower profile followed, and one day in 2013, Brand was interviewed on a political journalism show. The excuse for the talk was that Brand had been invited as editor of the publication. New Statesman, identified with the progressivism British. To the journalist Jeremy PaxmanAt first, it seems to be difficult for him to get used to the idea that this actor and mediatician is sitting in front of him. And – in a somewhat condescending tone – he challenges him. Paxman questions Brand’s political sagacity and perception. “You are a very frivolous man,” he says at one point. For what. Brand’s engine was already warm and starting to pick up speed. To every question that understates him, he answers with passion, eloquence, good sense, and a battery of facts. Towards the end, Paxman seems to capitulate to the power of Brand’s hot rhetoric and flowery vocabulary (The interview, in English, can be seen here).

Those minutes seem to be a turning point for Brand. Before that, he had been cannon fodder for the tabloid and gossip press. After that interview, it was a influence politician who was beginning to be named along with the writer Naomi Klein and the economists Thomas Piketty and Yanis Varoufakis. But there was one more twist on his way.

In 2014 he became a youtuber and at the beginning of that project he continued to discuss and reflect mainly on political issues. However, at one point he began to inquire about more individual issues and, above all, spiritual. The political influencer had given rise to a kind of guru of life, with a medium pint hippie and new age, with tied hair, long beard and Osho quotes. The first impulse, for many, is to rule out that type of “charlatans” outright. And yes: Brand has verbiage to pull up.

Considering that your YouTube channel has roughly the same number of subscribers as the entire population of Uruguay, your speech could be risky. But Brand is quite far from the positions, for example, anti-vaccines and unscientific that today swarm among influencers and coachIt is on various networks or platforms. Beyond spirituality and introspection, Brand keeps talking about political issues like climate change and economic inequality (he particularly hates bigger companies like Amazon).

He demands the release of Julian Assange and also ventures into interesting discussions with the likes of the writer Jordan Peterson and the polemicist Ben Shapiro, both with political positions antagonistic to his.

At some point, it could be said that the bike goes away. He has videos in which he thinks and reflects on practically everything: from the power of the Big Tech (Apple, Google, Facebook …) to the legal situation of Britney Spears, the UFOs and the Israeli-Palestinian conflict. His interests seem infinite and immeasurable and on many of them he is encouraged to reflect aloud and before a camera, for an audience of several million.

The most interesting, however, is still him. When he recounts his experiences with addictions, when he problematizes his own masculinity and way of relating romantically or recalls past mistakes or successes, the most authentic and captivating Russell Brand appears.