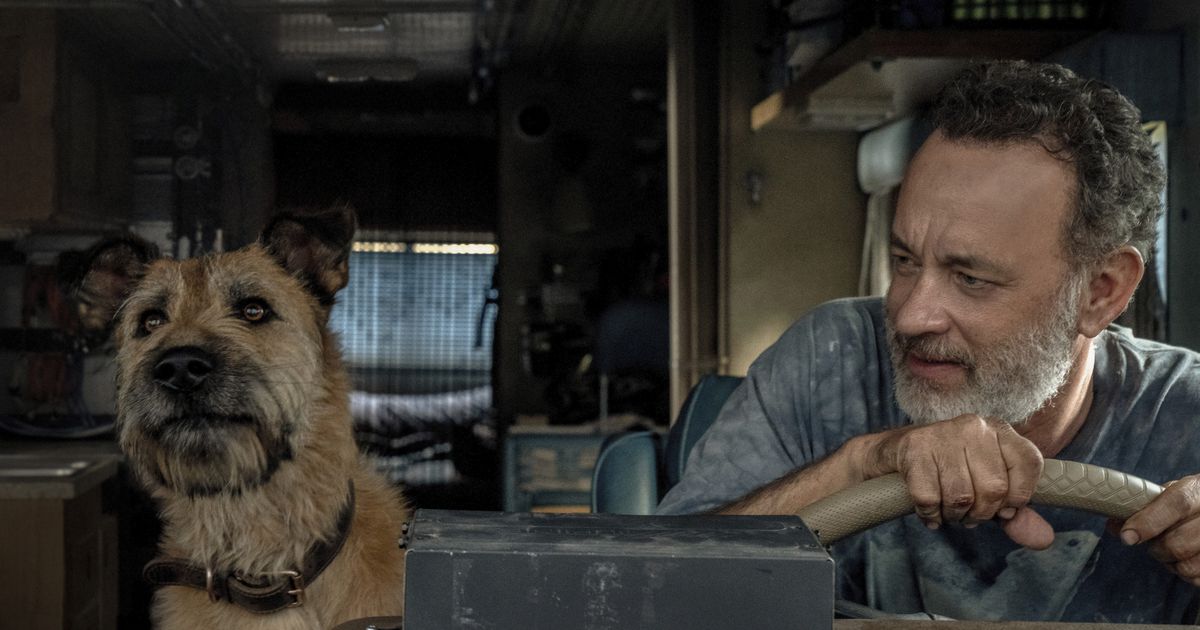 Tom Hanks doesn’t need a sensitive human or acting partner to make a movie or a sung scene. Think of the volleyball Wilson, Hooch, and even that laptop from You’ve Got Mail (“You have an email”). So it’s no wonder it’s the first name on the credit list for a post-apocalyptic movie about a man, a robot, and a dog.

Even less surprising is that Hanks satisfies in Finch, like a robotics engineer dying from radiation exposure, desperately trying to make sure his dog is well cared for when he’s gone. It’s the kind of premise designed to strike a chord with your heart. Tom Hanks and a cute puppy? Impossible to resist. Yet somehow, it doesn’t work out quite the meditative epic that it pretends to be.

The story began as a 20-page short film written by a film student named Craig Luck, about a man who builds a robot to replace him as a dog sitter. The young man wanted it to be a calling card, and despite some initial rejections, his idea delighted Ivor Powell, the associate producer of Blade Runner y Alien, who co-wrote the feature film; Robert Zemeckis, who produced it; Hanks; “Game of Thrones” director Miguel Sapochnik, and a major Hollywood studio (although Universal ended up selling the film to Apple TV + during the pandemic).

Earth has turned into a dusty wasteland after a solar event destroyed the ozone layer, making direct sunlight the most dangerous thing in the world. Cook any living being in a few minutes.

Unlike the lonely and stranded men of Cast Away (“Castaway”) and The Martian (“Rescue Mission”), Finch has no family or home to return to. He is dying and the world around him too; you just want to do everything you can to make sure your dog can live without it. The solution is hasty and imperfect: a robot that you will have to train on the fly and that is only 72% complete, but they are running out of time and have to make a treacherous trip from Missouri to San Francisco in a mobile home of 80’s years.

Read also: Review of the movie ‘Spencer’ about the life of Princess Diana

This robot is impressively strong and smart, but he’s more of a teenager than an obedient servant. And his accent is a cross between Russian and the Black Lodge way of speaking backwards in “Twin Peaks.” This is a choice from actor Caleb Landry Jones (is that a nod to his appearance on the “Twin Peaks” relaunch?), Who also did the motion capture work to play the robot. And, well, I’m not sure if it’s the voice or the way the character is written, but this robot is hard to sympathize with. Sometimes you wish they had never featured it, which isn’t exactly the best when you’re one of just three characters.

The scope and scale of Finch they were also clearly designed for the big screen and an attentive audience, which might be difficult on a living room television (the same was true for Apple TV + ‘s other Tom Hanks epic, Greyhound, which is still higher than this). Although many of the images are quite familiar to anyone who has seen a post-apocalyptic movie in the last 20 years, they are attractive and detailed, without a doubt, and difficult to appreciate on a small screen no matter how good it is. The musical cues, meanwhile, couldn’t be more obvious with songs like “Road to Nowhere.”

And it’s no one’s fault that a tape with warning messages about putting off travel and living life while you can is a bit difficult for an audience approaching the second anniversary of a pandemic to swallow.

But one probably doesn’t see Finch looking for lessons but Hanks. The good news is that he is not only the reason to see her, but also the reason to stay.

“Finch,” which Apple TV + debuts on Friday, is rated PG-13 (warning parents that it may be inappropriate for children under 13) from the Motion Picture Association of America (MPAA) for “Brief violent images”. Duration: 115 minutes. Two and a half stars out of four.

Review of the movie ‘Finch’ with Tom Hanks by Apple TV +