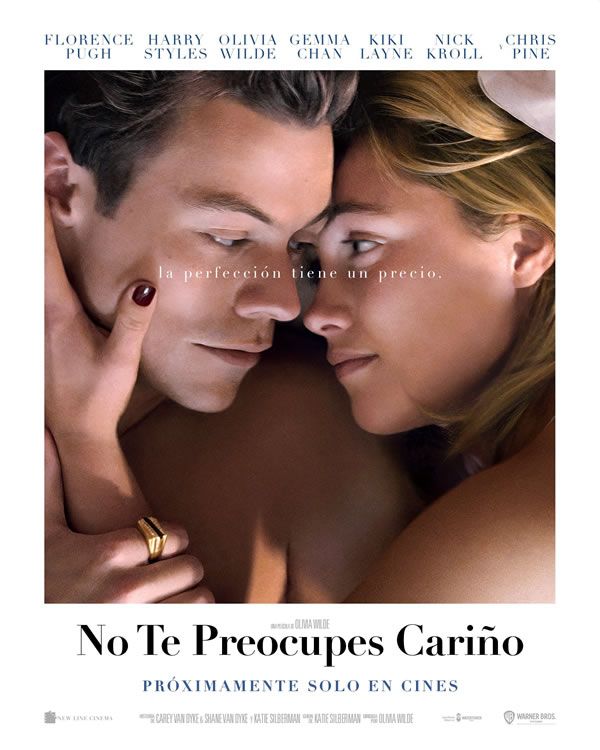 Olivia Wilde’s second film as director has had all sorts of setbacks – those that occur due to egos and professional jealousy -, from before the start of filming, during and after, in full promotion campaign that included its premiere in Venice, where the press focused more on the tensions between the director and her protagonist Florence Pugh, that in itself in its history and even, I could say that part of the comments that were made about the film at the festival, were motivated by the anger that Wilde has aroused for his alleged actions against Pugh and against Shia LaBeouf, the dismissed co-star , replaced by Harry Styles, with whom he became a couple on the set. Anyway!

But Don’t Worry Darling It’s not a bad movie, nor is Wilde a bad director. We have here a psychological thriller story that is close to horror and science fiction. A kind of allegory to the anesthetized society that exchanges its individual freedoms for comfort and the blind belief in the cults.

“Don’t Worry Darling” is set in the late fifties, early sixties. Post-war times, economic flourishing and therefore prosperity. But also times still marked by the patriarchal culture, where the man provided and the woman took charge of the home. The time, you will remember, of the baby boomers and of increasing the idea of ​​secret societies, of seeing in the cinema the adaptations of literary works of dystopia and of extraterrestrial contacts. 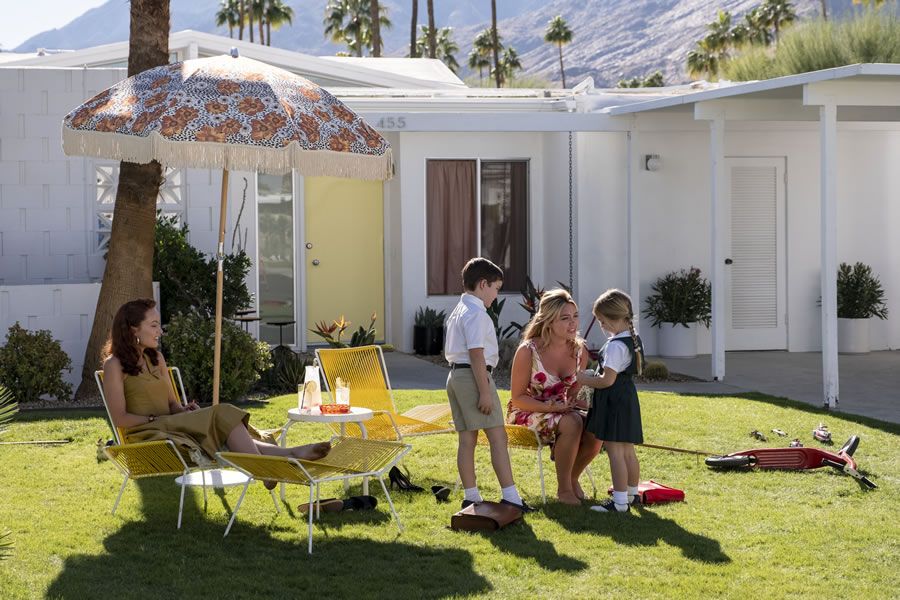 Olivia Wilde’s film seems to feed off all these ideas and collective thoughts, following the Chambers couple. Alice and Jack are part of the Victory community, an experimental neighborhood created by the company of the same name, located in the Californian desert. Everything is ready to live in a perfect environment: comforts, luxury cars and fun. Even daily expenses and monthly bills are covered. Daily life is the same: the women dispatch their men early in the morning, who go out to work, while they stay behind cleaning the home, cooking and taking care of the children, those who have them and, at night, they meet again at lively private dinners or in restaurants with friends, where they converse, smoke, dance, drink and listen to great songs. A real paradise.

The women in this story – and given the time – do not question themselves. They are not clear about what their husbands do in the company, much less what the company actually does, beyond having vague ideas that it makes “progressive materials.” Well, all except Alice, who begins to discover in that routine of the day automated behaviors of all her neighbors and in which her own family has fallen. One of her housewives begins to speak to her in code and in a strange way, which raises her suspicions about the top secret project that her husband is working on. She tries to investigate him every time he returns home, but he keeps avoiding her. A fortuitous event causes Alice to go outside the limits allowed by the company and thus she discovers that the ideal society where she lives is not perfect, that it hides information and they are at risk.

From that moment on, the story changes its tone from a romantic and sexy movie, to one where its protagonist becomes something like a heroine who assumes by instinct and love for her partner the challenge of unmasking Victory Company and its owner, an enigmatic man who sells himself as a motivational coach who is devotedly believed and not questioned. What Alice finds is worthy of those magnificent eighties science fiction stories of cyberpunk or Orwell’s dystopias.

In the background of all that well-photographed atmosphere, exquisite production design and a somewhat awkward air of sensuality, which works more to please the young followers of Styles and Pugh, the story criticizes the system, the beliefs, idolatry and philosophies, which all end up controlling, manipulating and oppressing society, which is also not left out of the eye by showing how they sell their individual freedoms for well-being that, although well-intentioned, are not free from questioning or the limits of ethics and morals.

Harry Styles does it well, although of course it is diminished with a Florence Pugh who carries the weight of this story in which she changes register, as the tone of the film goes from the romantic and the idyllic, to the dark and dark. “Don’t worry honey” reminded me a lot of horror based on the criticism of the idealized society that Jordan Peele made in his first two films (“Get Out” and “US”). In the end, this story, with a great title, also shows in the character of Pugh, a desire for female emancipation, which from the oppressive fifties (for women) and subsequent years, began to take shape.

I feel that, as has happened with Peele’s productions, because of the type of story it offers, this film will become more popular over the years, as it deserves. The performances are generally good and here I have to augment Chris Pine (as Victory Company owner Frank) and Olivia herself, as Alice’s best friend. So much is the irritability with Wilde, that they have even come to say that his first film, “Booksmart”, is bad and no, quite the opposite. Of course, the 123 minutes of “Don’t Worry Darling” were unnecessary.