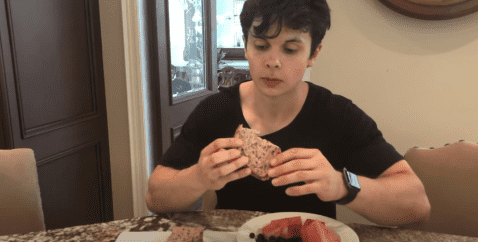 The 43-year-old American actor, Jason Momoa, thanks to his appearance has become one of the most important figures in the acting industry, it was on this occasion that a well-known youtuber decided to follow his diet.

Jason Momoa Since his participation in the HBO drama, Game of Thrones, he has become one of the great actors of the moment, his figure does not go unnoticed in any of the projects he has participated in and this has been demonstrated on more than one occasion, reason which is why his presence has become so crucial for some youtubers.

This time, the one who decided to follow suit was Will Tennyson, who is one of the most considerable creators of content, with more than 1.39 million followers on his official YouTube channel. Youtube. Will wanted to look just like the acting pro by following his diet and exercise routine for the Aquaman movie.

This type of diet consisted of leaving carbohydrates behind and instead consuming “a lot of Guinness beer”. For his first meal of the day, before training, this guy decided to go for a light sandwich with peanut butter and honey, plus, he paired this with a watermelon and blueberry dish. Once inside the gym, the guy decided to do weighted squats, he also did some push-ups.

Leaving training, it was time for the second meal, which consisted of Sliced ​​Avocado, Spinach, Seared Otte Tuna, and of course, his dose of Guinness. Before pre-cardio, the boy decided to have another meal, which consisted of ten ounces of steak, and some sauteed spinach. When he finished his meal, he decided to start rock climbing for approximately 45 minutes, according to this young man, this practice is one of the favorites of Jason MomoaWhich is why he does it every day.

The last meal of the day was more sautéed spinach, half an avocado, some spiced baked brisket, and of course, another can of Guinness, very Guinness-style. Jason Momoa.