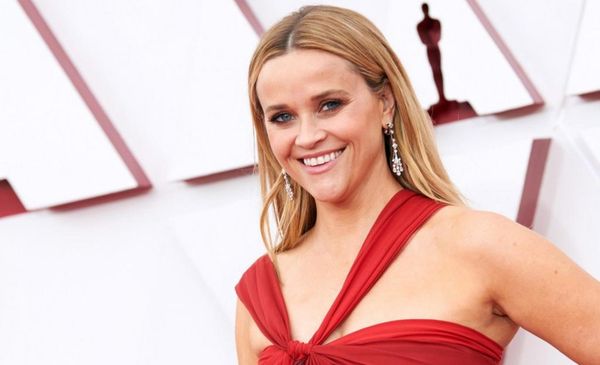 Reese Witherspoon has become the richest actress in the world after selling part of Hello Sunshine, the production company she founded in 2016 to make room for projects led by women.

The estimated value of his fortune is around 400 million dollars, according to the specialized magazine Forbes. The protagonist of other films such as “Sweet Home Alabama” and “Wild” triumphs in front of and behind the screen.

A NAME THAT IS A LAST NAME

Reese is not the name, at least not the only one, with which the actress came into the world on March 22, 1976 in New Orleans, Louisiana.

Her parents, Betty, a nurse, and John, an air force military medic, named her Laura Jeanne Reese Witherspoon, with Reese being her mother’s maiden name, according to the Insider publication.

During his childhood, Witherspoon lived for several years in West Germany, as the Federal Republic of Germany was commonly known in those years, one of the two areas in which the country was divided after World War II until its reunification in 1990. Later they permanently moved to Nashville, Tennessee.

The actress was a model student in many ways. According to Vogue magazine in 2019, she had good grades, was popular, played soccer and was a cheerleader, but she also had a reputation for not biting her tongue when telling her teachers what they were doing wrong. “I always tended to be frank with my opinions,” she told the magazine, “whether they were appropriate or not.”

Witherspoon attended a girls’ school. “It definitely incentivized whatever little feminist pilot I had,” she told Vanity Fair in 2020.

“She was very stubborn, a little twisted. He had a master plan. I could have tried putting beer in the Coke machine, ”he added.

In third grade, she started a small business from her school desk: she bought hair clips that she customized and sold at a small profit. When the colors he was using dripped onto the desk, the management discovered his activity, according to Vogue.

At the age of seven, she started doing small modeling jobs and, in 1991, at the age of 14, she got her first major role in “The Man in the Moon.”

However, studying remained a priority for her and she entered the prestigious Stanford University to study English Literature in the mid-1990s. But acting was gaining ground and, after a course, he decided to take a leave of absence from which he did not return.

Since then he has worked in films such as 1996’s “Freeway”; “Cruel Intentions” and “Election”, in 1999, and “American Psycho”, a year later. In 2001 the actress achieved her first box office success with “Legally Blonde”, whose sequel also starred two years later, and repeated with the romantic comedy “Sweet Home Alabama” in 2002.

For her portrayal of June Carter in the acclaimed film about singer Johnny Cash, “Walk the Line,” Witherspoon received an Oscar for Best Actress in 2006. In 2015, she was again nominated in the same category after her work on “Wild.” But this time Julianne Moore took the statuette home. “Mud”, “The Good Lie”, “Wild”, “Hot Pursuit” and “A Wrinkle in Time” are also among the titles of his filmography.

But apart from in front of the cameras, the actress has also carved out a successful career behind them, thanks to her role as a businesswoman. 21 years ago he founded Type A Films, the production company behind “Legally Blonde” and its sequel, “Penelope” and “Four Christmases,” according to Insider.

A few years later, in 2012, he started another company called Pacific Standard, co-founded with Bruna Papandrea, and under his label “Gone Girl”, “Hot Pursuit” and “Wild” were released.

“One of the best parts of our job is that we are buying books and helping authors navigate the process of bringing a book to the screen,” the actress told The Hollywood Reporter in 2015.

In 2016, Witherspoon founded Hello Sunshine, after Papandrea left Pacific Standard to embark on other projects.

“The idea is to put women at the center of the story,” she told Vogue, “I was sick of seeing scripts in which there was only one female character, badly written and that, even so, every actress in the city wanted it because not there was something else, “he added.

HAPPILY MARRIED TO A TALENT AGENT

Under the premise that in Hollywood there was more space and need for stories developed by women, told by women, Hello Sunshine has hosted titles such as “Big Little Lies”, broadcast on HBO; “The Morning Show,” which was seen on Apple TV; and “Little Fires Everywhere”, passed on the Hulu platform.

The actress has worked on these series as a co-star with Kerry Washington; Jennifer Aniston; Nicole Kidman, with whose production company, Blossom Films, she partnered for “Big Little Lies”; Zoë Kravtiz; Meryl Streep and Laura Dern, among others.

Apart from filming, the production company, the clothing brand Draper James, her book club and other professional activities, Witherspoon leads a family life with Jim Toth, her husband, and their three children: Ava, Deacon and Tennessee.

The first two – she had Ava, the oldest of the three, when she was 23 – are the result of her previous marriage to fellow actor Ryan Phillippe, with whom she was united from 1997 to 2006.

Reese Witherspoon, in her prime

The couple married in 1999 and separated shortly after she won the Oscar. “The following year after the award was tough. I got divorced and spent a few years trying to feel better, ”she commented on 60 Minutes, talking about how the end of the relationship affected her career.

In March 2011, Witherspoon married talent agent Jim Toth. “Jim said, ‘I’m going to show you every day what a good partner is, what a good person is. I am going to care you. I’m going to do this so much that you’re going to get used to it, ‘”the actress related to Elle in 2012,“ and I eat… what are you talking about? I’ve never had anyone like this in my life. “

In 2012 the couple welcomed their son together, Tennessee.