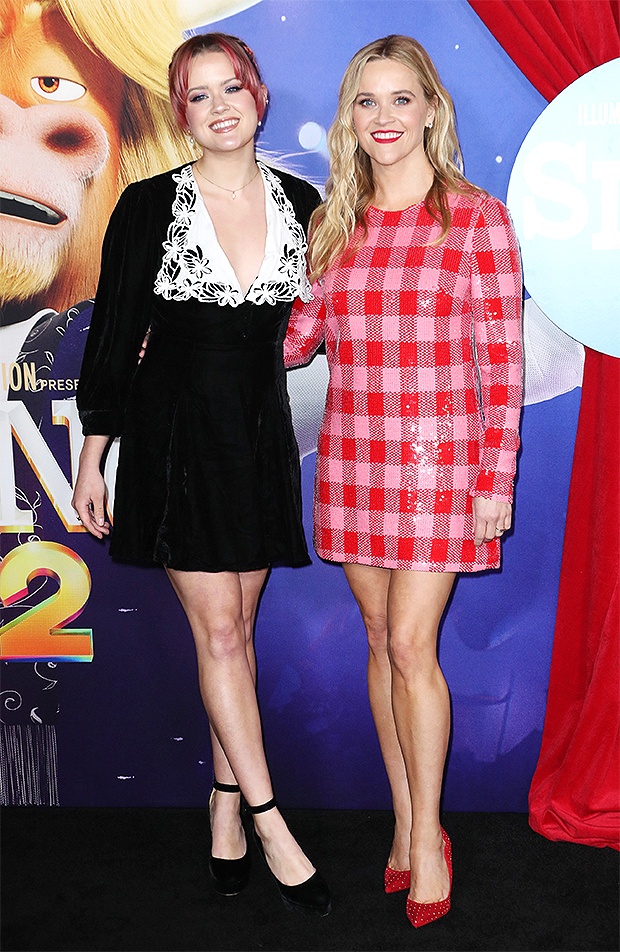 Cheers! Reese Witherspoon and her daughter Ava Phillippe celebrated the end of Dry January by raising a glass together.

Reese Witherspoon, 45, and Ava Phillip, 22, proved that there is no mother-daughter bond like sharing a glass of rosé! The mother and daughter duo looked almost identical as they waved their champagne flutes and celebrated the end of Dry January. the Revenge of a Blonde The actress wore a green floral-patterned wrap dress while her daughter wore a long-sleeved black shirt, suede miniskirt and sheer black tights. If it weren’t for the rose gold hue in Ava’s hair, it would be really hard to tell the two apart.

« Well, I guess dry January is over,” said the morning show The actress simply captioned the post while identifying her mini-me. While the two kept a low profile for a night of drinking, they attended all sorts of fancy events together. The mother-daughter duo were spotted at the Sing 2 first as fabulous as ever. Ava wore a black mini dress with white lace while her mother wore a pink gingham sequin dress.

The two are so similar that they are often confused, and the Sweet Home Alabama the actress has absolutely no problem with that. “I love being mistaken for her because it makes me feel so young,” Reese said. Gayle King in an interview with In the style. “I’m so proud of her,” she added of Ava. “She really rolls with it. I’m sure it’s not easy to look exactly like your mother.

Ava seems to be doing well, even with the constant comparisons to her mother. The 22-year-old recently opened up to fans about her sexuality. During an Instagram Q&A, a fan asked her if she likes boys or girls and she replied that she’s just into “people” in general, regardless of gender.

The actress’ daughter recently faced some haters after speaking out about her sexuality. She had to post a disclaimer stating that she “can and will block profiles commenting on bigoted/hateful posts under my posts” on one of her Instagram stories shortly after the Q&A. Just like her mom, Ava really knows how to stay strong and hold on.