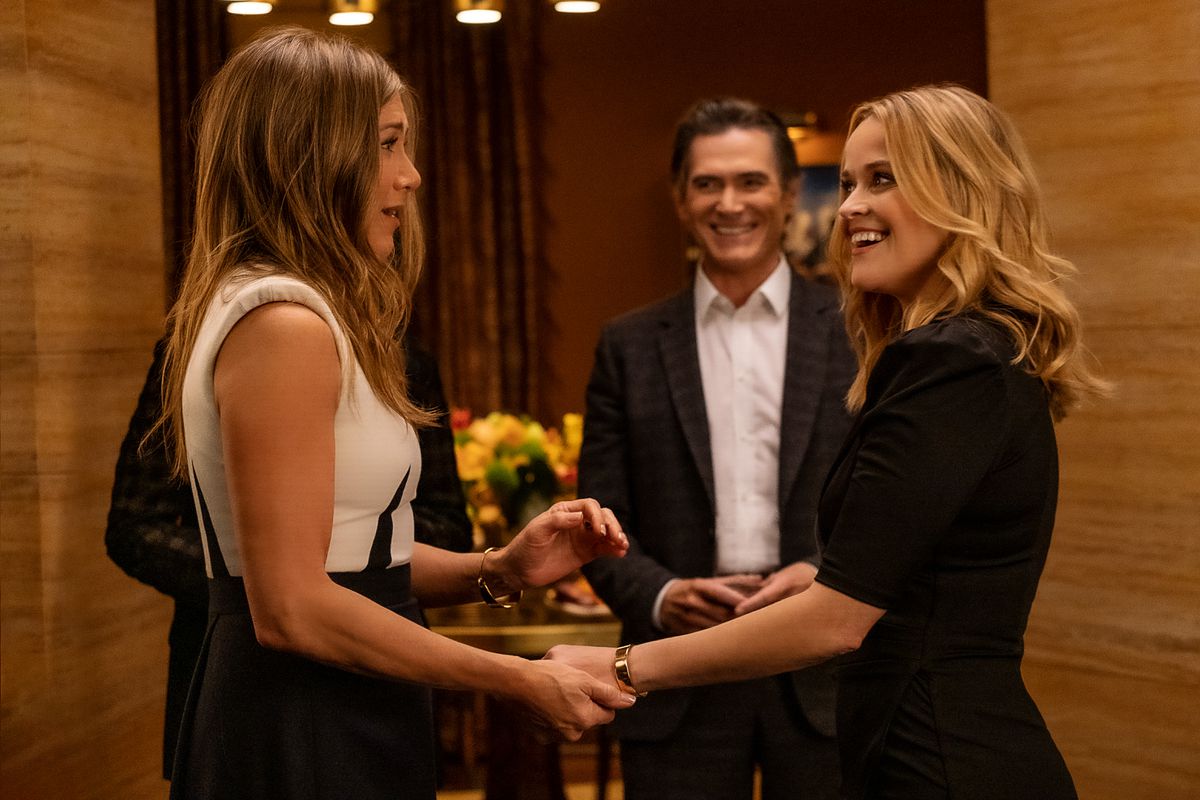 The first season of The Morning Show ended with the abrupt broadcast cut-off of the fictional morning magazine around which the series gravitates. An adjustment chart and a censoring beep on the screens gave way to a final shot, that of the face of a man caught in the middle of Hurricane MeToo. Isolated and silent, he is aware that the world has stopped tolerating his abusive ways. With that final image, the series seemed to say goodbye to television host Mitch Kessler (played by Steve Carell) and the form of patriarchy he represents. But he is still there in his second batch of episodes, which premieres Apple TV + this September 17.

The drama, produced by and starring Reese Witherspoon and Jennifer Aniston, became in 2019 an accurate analysis of the nuances surrounding one of the most powerful and polarized social movements of the century. On his return, he recounts what happened several months after an inconvenient truth crept into the homes of millions of viewers live. This time, issues such as racial and sexual identity and the culture of cancellation, the phenomenon that eliminates from the public sphere those who have engaged in unacceptable behaviors, are at the center of the story.

The protagonist / antagonist who had gone from star presenter to unmasked stalker has not been erased from his plots, says Whiterspoon (New Orleans, 45 years old): “The script asked to continue exploring the character and the possibility of a redemption that everyone deserves. . And, simply, in this program we do not cancel the human beings ”. Aniston (Los Angeles, 52 years old) leaning into the other half of the screen, during a telematic conversation from California, supports this decision: “For us it is very important that things are not black or white. In other series, it often happens that those characters who are not exactly the heroes who appear daily in your living room suddenly disappear and are no longer part of the cast. And what about them? Is there no possibility that we see how they are held responsible for their actions?

“It is interesting to see my character with a different self-awareness. It’s hard for her, but very entertaining for the viewer “

The characters of The Morning Show they live in permanent war with themselves. Especially those of these two women. Aniston again plays Alex Levy, the morning star presenter who has been affected by the scandal starring Mitch, the man who for decades was her television better half. He then establishes a complex relationship with his new set partner, Bradley Jackson (Whiterspoon). The few glimpses of sisterhood between the two are buried under a cloak of mistrust. In this new stage, Alex begins a learning process that confronts her with her past mistakes. “He is someone whose turn it is to understand who he has been and who he wants to become in the same place where everything that made his world change happened. It is interesting to see her walking through the same corridors while living a completely different situation, with a different self-awareness. It’s hard for her, but very entertaining for the viewer, ”says the actress.

Whiterspoon plays a race journalist whom a media group wants to turn into America’s new blonde. She continues to try to discover if it pays to overcome a troubled family past at the cost of surviving amid the toxicity of the powerful television network she works for. “We see a more insecure Bradley than the one we met in season one. You have no idea who it is. And, for some reason, it’s not that rare. I have many friends who are past 40 and still trying to figure out what role they play in this world. It is interesting to represent on the screen that vulnerability that I see so often ”, he confesses.

The series, which achieved eight nominations for the Emmy in its first year as a contender for these awards, inevitably connects with today, as well as productions such as The Good Fight O The Newsroom. In their plots, which take place at the end of 2019 in this second season, they could not miss the silent threat of the coronavirus, which made them delay the recording of this second installment for a whole year. But the new situation of women in the industry continues to be one of its star issues. Aniston and Whiterspoon, both with experience in both entertainment and corporate business, as producers of large entertainment projects, are moderately satisfied with the positive effect that the MeToo has provided to their different work environments. “Without a doubt, we live in much more transparent situations and there is a much greater awareness, also in matters of race and sexuality. You can see it in the diversity that exists between the creators of series and films, especially in the platforms of streaming more than in the traditional film and television industry. But that is what happens in our world, that of culture, not in all of society ”, comments the protagonist of A very legal blonde.

To reflect the change in fiction, a new female character appears, empowered although with her own story of overcoming behind her back. Julianna Margulies (The Good Wife) comes to play one of the great journalists on UBS, “who becomes something of a mentor that Bradley had not found until now,” says Witherspoon.

Another of the powerful women who help build this Apple TV + fiction does not appear on the screen. Is about Mimi Leder, the director of most of its episodes and a pioneer in the television industry who has worked on The Leftovers and The West Wing of the White House. With 10 Emmy nominations behind him, he began his career in the nineties, in the mythical Emergencies. By then, he was already a benchmark for Aniston. “The sets of Friends and Emergencies they were very close to each other at Warner’s studios in California, where we recorded. We were kids and she was there doing things long before other women could. She is a born leader, one of those creators capable of controlling her ego to create a common good. And he also knows how to listen, which makes everything more creative and that spirit of openness is noticeable in the story that we are telling in The Morning Show”, celebrates the actress.