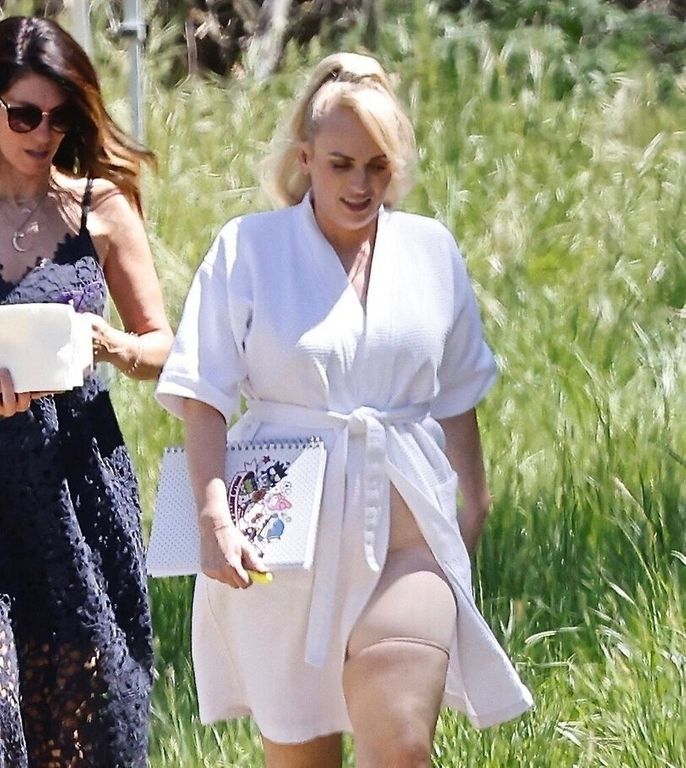 Rebel Wilson beams with happiness: she who thought she was looking for a prince has publicly announced that she has found a “Disney princess” who makes her happy beyond what she could have imagined.

Ramona Agruma is therefore the one who makes the heart of the 42-year-old actress beat: this is what Rebel Wilson revealed in a post on Instagram, with a caption that could not be clearer and full of tenderness: “ I thought I was looking for a Disney Prince…but maybe what I really needed all this time was a “Disney Princess #loveislove. But who is hiding behind the pretty blonde?

Ramona Agruma, at the head of a sustainable clothing brand but not only

Rebelle Wilson told People that she was put in touch with Ramona Agruma through a friend, without specifying who it was, and that she started a telephone link with her sweetheart, a bit “old-school” according to its own terms. It’s that Ramona Agruma has a busy schedule: brand founder and designer Lemon Ve Limonshe created a sustainable, accessible and comfortable clothing company.

But that’s not all : Ramona Agruma also created a luxury jewelry brand in 2013, DeLys which has the particularity of being made from oversized precious stones and in unique shapes. Celebrities have therefore taken a close interest in this bold brand, as have fashionable magazines such as Elle and Harpers Bazaar. Among Delys aficionados, we have seen that Hailee Stenfield, who co-starred in Perfect Pitch with Rebel Wilson, wore one of these designs to the film’s premiere in 2015. Serendipity or pure coincidence? Still, from stones to finery, the two young women have become for each other as precious as diamonds.

Rebel Wilson walks towards happiness
In love, the actress revealed the name of her beauty in broad daylight

Rebel Wilson and Brittany Hockley in style
On the pink carpet, the two actresses compete in style

Rebel Wilson takes her “Disney Princess” Ramona Agruma in a carriage taxi
This is news that has delighted fans of the actress, her heart beats for Ramona Agruma

Rebel Wilson comes out: who is Ramona Agruma, the actress’ new darling?