While Disney intends to continue the Pirates of the caribbean without Johnny Depp, an actor in the saga hopes for the return of Captain Jack Sparrow.

After Kevin Spacey who had been replaced at short notice by Christopher Plummer in All the money in the world directed by Ridley Scott, it’s Johnny Depp’s turn to see his fellow actors reprise his roles. While the darling of Tim Burton is in legal turmoil after the accusations of his ex-wife Amber Heard, the big franchises he was a part of must find a way forward.

If Mads Mikkelsen reprized his role as Grindelwald for Fantastic Beasts 3, the continuation of the saga Pirates of the Caribbean is a little more cloudy. If the absence of Johnny Depp in the next opus seemed inevitable, one of the actors of the Disney franchise still hope Depp will be there one way or another (and he’s not the only one).

Too much rum kills the pirate

While Disney had been clear on its desire to no longer associate with Johnny Depp, whose name is very much tarnished in Hollywood, actor Greg Ellis, who plays the character of Lieutenant Theodore Groves, is nevertheless keen on a return from Captain Sparrow’s interpreter. We must admit, Johnny Depp has become inseparable from the pirate franchise, and if over time Orlando Bloom and Keira Knightley went sailing under other flags, Depp remained on deck.

And Gregg Ellis hopes that Disney will be magnanimous and accept the return of Depp in his cult role, without whom the saga would no longer have the same flavor (and the same success, since the last film was a commercial failure). If Ellis suspects that Depp will no longer be able to head the bill, he seems to be hoping that he will still come for a ride as he explained to Express : 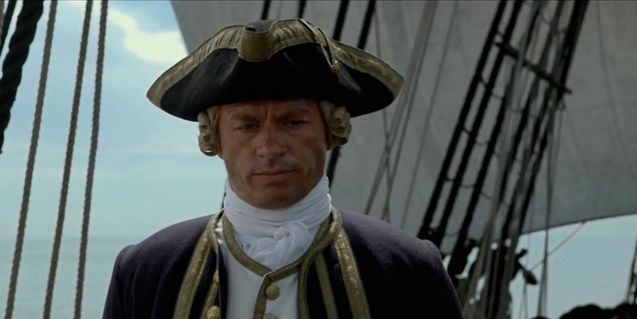 “I think for Pirates [des Caraïbes] 6 … in an ideal world, every character that fans have fallen in love with will be able to come back to kind of wrap it up. At the end of the day, it’s all about the storyline and the story. If Jack Sparrow isn’t the key, if not the key, to wrapping up this multi-billion dollar franchise, isn’t it a bit like not having Captain Kirk in the Last Star? Trek [première génération ndlr] ?”

If a sequence of Pirates of the Caribbean without Johnny Depp seems complicated, Disney might just pull the rug out from under everyone’s feet with a soft reboot that would create a new line of intrigue with a new hero at the helm. But for now, the project is still in its infancy and by then Depp’s situation may have changed. And as we know, Hollywood has a very short memory.