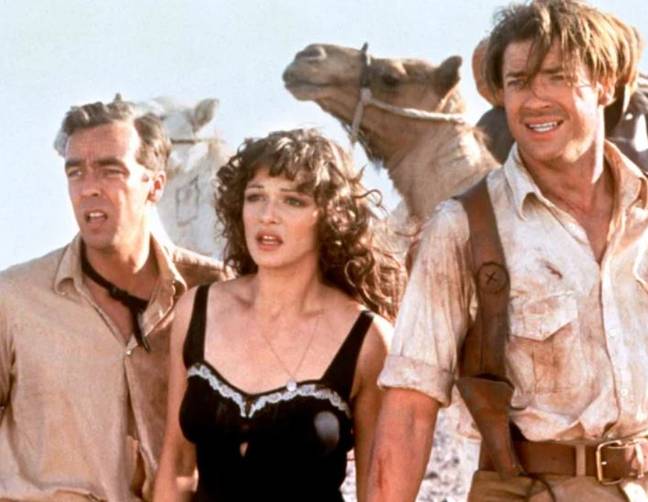 Fans urge Hollywood to pull together and make legacy sequel The Mummy series.

The original film landed over 20 years ago, with Brendan Fraser, Rachel Weisz, and John Hannah saving the world from Egyptian high priest Imhotep.

Since then, two other films have been shot, that of 2001 The return of the mummy, which starred Dwayne Johnson as the Scorpion King, then The Mummy: Tomb of the Dragon Emperor in 2008, though neither ever quite reached the heights of the 1999 original.

But with Fraser set to make his long-awaited return to the big screen, fans of the trilogy are begging the gang to get back together for one more round.

Begging the producers to pull their fingers out and make it happen, one user said: ” All that #BrendanFraser momentum will surely lead to a Mummy suite, and I’m here for that. »

Echoing the love, another intervened: ” Give it to us Mummy suite we deserve, instead of Indy 5 or stuff from Tom Cruise! Completely underestimated franchise. “

A third asked: ” Can we just Halloween/Terminator The Mummy and make a new one suite to the ’99 movie that ignores all the other sequels and keeps Brendan, Rachel, and Stephen having fun for a few years? “

While another fan added: ” I just dated a billion dollar movie suite idea! Brenden Fraser and Rachel Weisz return to The Mummy Franchise established in 1945 in the closing months of World War II.

“Hitler wants an army of the living dead to turn the tide of the war !! La Momie: Dead 2 Reichs. NAZI Mummies!!! »

Give us the Mummy sequel we deserve, instead of Indy 5 or Tom Cruise stuff!

Plus, he was in Airheads.

Plus, he was in that caveman movie with the ref Estonia joke.

According to the Hollywood Reporter, a fourth Mummy the movie almost happened after Tomb of the Dragon Emperor, but Universal chose to do Tom Cruise’s poorly received reboot in 2017 instead.

A 2019 article reads: “Universal chose not to go ahead with a fourth film that would have seen the O’Connells take on Aztec mummies in South America with Antonio Banderas playing the villain, and instead set its sights on a cinematographic universe. “

The petition reads as follows: ” The Mummy 4, we say he bears the name The Mummy: The Rise of the Aztecs, would have brought the series to South America. With the failure of Universal Mummy restart, now is the time to do The Mummy 4.

“Bring back Brendan Fraser and Rachel Weisz. (Even though they are supporting characters and the movie would be based more on their son.)

“Bringing Antonio Banderas as the main villain would definitely be a good idea too.

“It would be the perfect opportunity to correct the mistake that was the horrible Tom Cruise Mummy abomination, resuscitating the careers of former movie stars, it also gives the chance to make new ones. “

He added, “The return of The Rock as the Scorpion King would also be the icing on the cake. “

Following the recent resurgence of interest in Fraser following his casting in Martin Scorsese’s upcoming film Moon Flower Killers, interest in The Mummy 4 The petition also gained momentum, with the number of signatures appearing to nearly double in three days to more than 4,700.

Come on guys. Do the right thing.