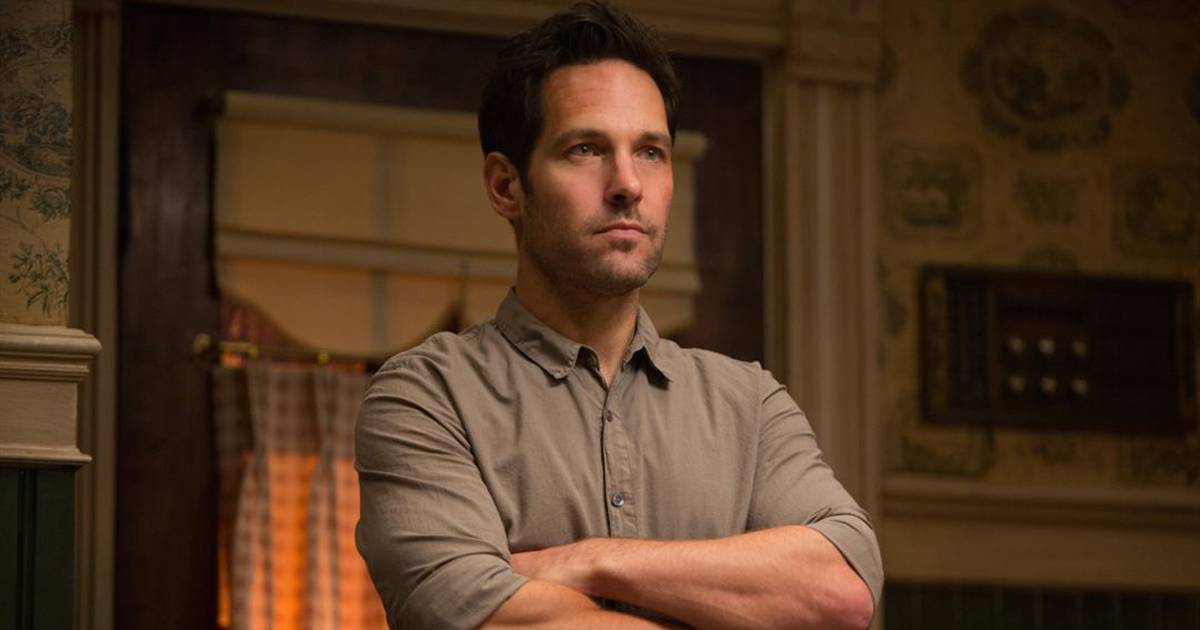 The American interpreter began his career in the 1990s and quickly rose to fame after the 1995 premiere of the film Clueless (No Idea), a film starring Alicia Silverstone and which became a cult film.

Throughout his career he has ventured into various genres on the big screen, mainly comedies. In that sense, she has been part of movies like The Reporter: The Legend of Ron Burgundy, Virgin at 40 and I Love You Man.

He has also been part of series, both in episodic roles and in main roles. In that sense, his role as Mike Hannigan in Friends is remembered. He was also in Parks and Recreation, Reno 911 and Living with Yourself.

In addition, he ventured into the Marvel universe starring in Ant-Man, also appearing in Captain America: Civil War and Avengers: Endgame.

He most recently starred alongside Will Ferrell in the Apple TV series The Shrink Next Door. She was also a part of the latest Ghostbusters movie, called Ghostbusters: Afterlife.

Soon, he will star in Ant-Man and the Wasp: Quantumania, where he will again share the screen with Evangeline Lilly, Michael Douglas and Michelle Pfeiffer, adding Bill Murray to the cast.

On his birthday, we leave you 10 Paul Rudd movies to watch on Netflix, Amazon, Star+. Disney+ and HBO Max.

The Reporter: The Legend of Ron Burgundy (HBO Max – Netflix)

Ron Burgundy is San Diego’s most successful reporter in the totally male-dominated world of 1970s news. But everything will change when a new employee with a thirst for success starts working alongside him. With Will Ferrell, Steve Carell, Paul Rudd and Christina Applegate. The sequel is available on both platforms.

Cher is a teenager from Beverly Hills who leads a banal and superficial life. But beneath her parties and luxurious clothes, she hides a generous heart and a quintessential matchmaker. With Alicia Silverstone and Paul Rudd.

The Perks of Being Invisible (HBO Max – Netflix)

The unforgettable adaptation of Stephen Chbosky’s novel is a funny and moving story about three high school students who navigate love, loss, fear – and the search for the perfect song – together.

Judd Apatow presents this quasi-sequel to “Slightly Pregnant” with Paul Rudd and Leslie Mann reprising their roles as Pete and Debbie, a married couple with children dealing with the day to day while facing a midlife crisis.

My girlfriend is a ghost (Amazon)

When Kate dies in a freak accident on her wedding day, her spirit remains, determined to stop her fiancé from moving on. With Eva Longoria and Paul Rudd.

Master thief Scott Lang, with the power to shrink and gain strength, must find his inner hero and help his mentor, Dr. Hank Pym, save the world. With Paul Rudd, Evangeline Lilly and Michael Douglas. The sequel is on Disney+.

A one-night stand results in an unexpected pregnancy for Alison, a journalist with a promising future. She decides to give her father a chance, as her only other option is to raise the baby alone. But after attempting a relationship, it becomes painfully obvious that they are not the soulmates she hoped they would be. With Katherine Heigl and Seth Rogen.

Financial difficulties force a couple from New York to move to Atlanta. Heading south, they find a hippie community and consider a new lifestyle. With Paul Rudd and Jennifer Aniston.

The Fundamentals of Caring (Netflix)

In this uplifting comedy, a young man with muscular dystrophy and his caregiver embark on a spontaneous journey where they find hope, friendship, and emotional healing.

After his girlfriend disappears, a mute man ventures into the underworld of Berlin in the near future, where his actions speak louder than words.

Paul Rudd: 10 movies on Netflix, Amazon, Star +, Disney + and HBO Max to watch on his birthday