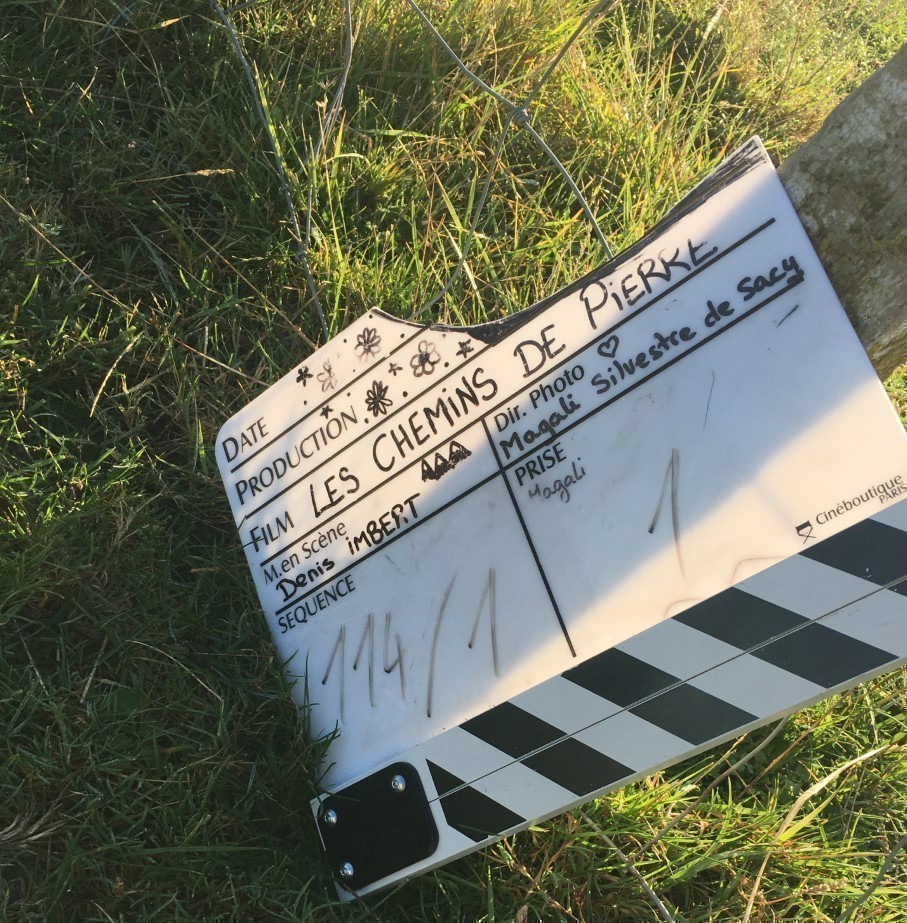 the chance of life is sometimes well done. It promotes nice meets. Nothing predestined these two people to meet. They were able to discuss a common passion: the movie theater.

Arnaud Lanouille works in catering in La Croix d’Or To Avranches. Beside, he carries out films but does not live on his creations. Thursday, November 4, a man walks into his restaurant with a big script in his hand.

It was in fact Denis Imbert, director and screenwriter of the next film adaptation of the novel by Sylvain Tesson, on the black paths. Jean Dujardin is the main actor in this feature film.

« Jean Dujardin is a good man ”

Arnaud Lanouille did not imagine what would happen next. “This meeting was improbable and spontaneous. The director told me he was shooting the next day, ”says Arnaud Lanouille. He was able to spend a good part of the day with the film crew at Ardevon, in the heart of the bay of Mont Saint Michel, with a single actor: Jean Dujardin.

He is a good man, smiling, elegant, taking the solitary role of Sylvain Tesson, in these wanderings and difficulties across France.

He did not want to distract the actor during the shooting. “I left him alone, to do his job. He plays a difficult role. He doesn’t have a lot of partners. I preferred to remain an observer of what was happening, ”explains Arnaud, who then talks about the shooting.

“It was done in two stages. He had to situate the arrival of Sylvain Tesson in the Bay at a time of the film when he must regain his nerves for the last stage. So at the entrance to the bay to begin with then lost in its immensity.

Arnaud Lanouille was interested in the technique of directors. “I understood their method. I found that good. “

The 34-year-old discovered video with extreme sports in the 2000s. “Everyone was filming themselves at the time. “He then professionalized himself as a video editor, a faker.

At the age of 26, he made a documentary of just under two hours on the renewal of musical practices in the Balkan countries. He spent about a year filming in this part of southern Europe. He learned to speak Macedonian. His documentary was shown in several festivals. “I carried it at arm’s length. It’s a huge struggle to broadcast his films. “

Arnaud grew up in Lolif and moved around a lot. At the moment, he is making music videos for friends and a poetic manifesto with a team. He wants to send messages. He hopes to see “humanity that falls asleep in materialistic comfort awakens.” He also has a project called Ultréïa! which means a song used on the ways of Compostela. He wants to address the issue of Christian faith today but refuses proselytism. It is a difficult project because he does not want to go into dogma.

Arnaud works alone. “I am not followed by any production company. I am helped with writing and production. I don’t make a living with it and I don’t bet on it. “

This meeting with the film crew was beneficial for Arnaud. “I saw this as an example to follow. I saw an example of what I would like in the future ”, explains the creator who knows that a career takes time to start in the cinema. These are projects that cost € 200,000, my documentary cost € 12,000. “

For Arnaud our time favors creation. “Anyone can make films. It takes imagination and a little material ”.

Has this article been useful to you? Note that you can follow La Gazette de la Manche in the Mon Actu area. In one click, after registration, you will find all the news of your favorite cities and brands.

Passionate about cinema, he follows Jean Dujardin’s team on filming near Mont-Saint-Michel