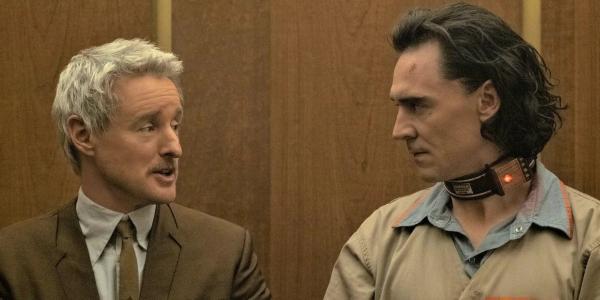 Owen Wilson joined the MCU in Loki (96%) and his performance was one of the great surprises of the series. Most likely, we will have to wait until the second season of the series to see more of this actor in that cinematic universe. Needless to say, Mobius M. Mobius became a fan favorite thanks to that.

Something that several of the collaborators of the series said is that the actor was not a fan of Marvel before participating in this series. Wilson had the opportunity to speak to the magazine Esquire and of course he tried to clear things up regarding his love and knowledge of the MCU. He said that it is false that he does not know anything, but admitted that he is not well versed in that subject. He also revealed that he is bothered by a particular DC movie because it seems to him to defy logic:

They asked me a lot about… ‘Sounds like you must be convinced to do this.’ I don’t know where they are getting that idea from. Is not true. The director just called me and told me the idea and I wanted to work on it. But somehow what seems to be in the press releases, perhaps, is that I know zero things about the MCU. I don’t know a lot about him, but I know… Actually, yeah, I probably don’t know much about him. I kind of know about Iron Man. I’ve seen Aquaman. He swims in jeans. Nobody can do anything in jeans! That was my discussion with the kids about Aquaman.

It almost seems that the actor thinks that Aquaman (73%) it’s part of the MCU. That could have been a joke. Hopefully it is. In any case, the jeans thing is the least weird thing that happens in that movie about an entire civilization that lives in the ocean. It also sounds like the actor doesn’t watch a lot of superhero movies in general, which isn’t that weird actually. At least we know that he did see his MCU series.

Also read: After working with Marvel, director of Thor: A Dark World lost the desire to make movies

Besides, Luke Wilson, not long ago, he attended an event where he was Comic Book. There he joked about the fact that Marvel people are so weird and mentioned that he doesn’t understand the plot of LokiBut she said she quite enjoyed living with her brother while they worked on shows for different companies. In fact, he revealed that he did not know there was a rivalry between Marvel and DC:

I don’t know if you guys have lived with anyone from the MCU, but you are weird people, very, very weird. Whatever snack you made for yourself… I never understood Loki’s plot. I had it explained to me a number of times, but I never understood it. But now, we were able to live together for a little over a month and it was actually a lot of fun. And yeah, it was fun for me that I was working on a superhero series and then Owen was playing Mobius in Loki. I know he really enjoyed working on it. And like me, he hadn’t worked on a superhero project and he hadn’t worked on a TV series either, but I know he had a great time and really enjoyed working with Tom Hiddleston. Apparently that series turned out to be great, but I didn’t know we had a rivalry. I mean… he has two kids and they watched both shows. I feel like I detected a little more enthusiasm for Stargirl. Maybe I was projecting that. But they put on a great show and it was a lot of fun living together. I had a lot that we didn’t do that.

Don’t miss out on reading: Shang-Chi: Ben Kingsley has confirmed that he will appear in the film