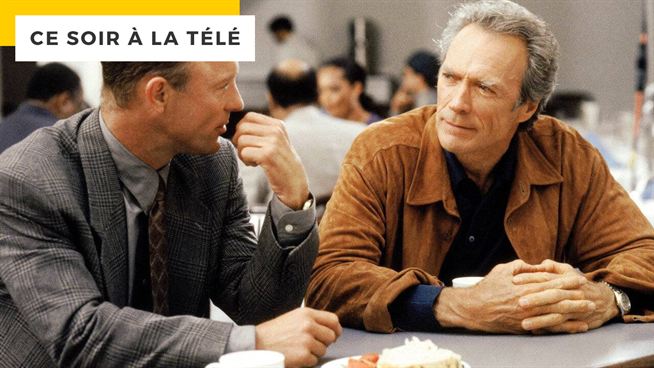 Every day, find the program of films and series to see on TV. Tonight: a political thriller by Clint Eastwood, season 2 of “In therapy” and a detective comedy with Jackie Chan.

THE FILM OF THE DAY

Among Clint Eastwood’s masterpieces as a director, we can cite the very famous Gran Torino, Million Dollar Baby, Sur la route de Madison or Ruthless. But do you know The Full Powers?

Released in 1997, it is an adaptation of the eponymous novel by David Baldacci, published a year earlier, telling the story of a burglar who finds himself the target of the secret services after witnessing a murder involving the President of the United States.

The film enjoyed modest commercial success with nearly $92,800,000 in worldwide box office receipts. In France, where it was screened at the closing of the 50th Cannes Film Festival, the feature film only collected 977,659 admissions.

Initially mixed, the critical reception gradually underlines the importance of Full Powers in Clint Eastwood’s filmography, thanks to its qualities in terms of staging, acting and humor.

“Eastwood exercises the brilliance of his staging on a dazzling screenplay by William Goldman, which can already be considered a classic”, writes the magazine Positif. On AlloCiné, the film has an average viewer rating of 3.7 out of 5.

Season 4 Episode 7: When Olivia Vésinet sends Balthazar on a case of murdered cows in a village, he breaks down. Because this village is that of his childhood and he hates it. There, Balthazar must face his past and the death of his friend Sabrina, a policeman. What does this bucolic village hide? And what are these memories that threaten to drive him mad?

This Is Going To Hurt with Ben Whishaw, Ambika Mod, Michele Austin…

Season 1 Episode 3: The hospital is in turmoil at the announcement of a ministerial visit. Shruti thinks one of his patients is a victim of domestic abuse while Adam does his best to relieve a recalcitrant patient and satisfy Lockhart’s demands. After some heated discussions, Adam decides to come out to his mother. Not everything goes as planned.

Season 2 Episode 1: Philippe Dayan has an appointment with Inès, a brilliant lawyer in her forties, who is investigating a case of non-assistance to a person in danger involving the psychoanalyst. She bluntly prepares him for the test of the appearance that awaits him, not without having taken care to remind him that she was briefly his patient twenty years earlier. Dayan then discovers with astonishment the reasons which lead the young woman to wish to come and consult him again…

Katniss Everdeen took refuge in District 13 after destroying the arena and the Games forever. Under the command of President Coin, head of the district, and following the advice of her trusted friends, Katniss spreads her wings to become the symbol of the rebellion. She will fight to save Peeta and liberate the whole country, to which her courage has given hope.

Inspector Lee is one of the crown jewels of the Royal Hong Kong Police. His placidity leaves nothing to suspect of his genius in the martial arts. Aged 11, the daughter of the Chinese consul in the United States was his favorite student.

When she is kidnapped by the men of a master of crime, who once shot down his teammate, Lee jumps on the plane, determined to find the girl and punish her captors. But the FBI does not want to be disturbed in its investigation by a stranger.

The UNSC Military Academy is a training camp for young people from prominent military families. Thomas Lasky is one of the recruits and seems destined to have a good career in the army. One day, aliens land on Earth and target the Academy…