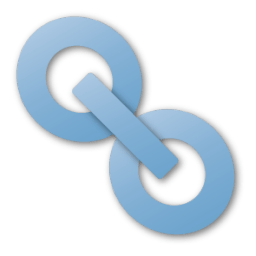 A true representative of the “New Wave”, a movement that originated in France and spread to other countries.

Let’s briefly look at some facts about the French “Nouvelle vague” or “New Wave”. You have to go back to the late 1940s. In 1959 it took more force, when the film director Claude Chabrol decided to direct the films “The 400 blows”, by François Truffaut and “Hiroshima, my love”, by Alain Resnais. The New Wave films are spontaneous, with large doses of improvisation, both in the script and in the acting.

The expression “New Wave” was coined in France by the journalist Françoise Giroud in 1957. It referred to the change of position of filmmakers such as Jean-Luc Godard, François Truffaut and Alain Resnais, who departed from the traditional norms applied to film direction . “If the writer writes with a pen or pen, the film director writes with a camera,” they said. For them, the director had to creatively place himself above everything and the film had to be born from him. The appearance of a new type of moviegoers trained in film clubs contributed a lot to the diffusion of the New Wave; they were ready to welcome any novelty in the cinematographic field. In those final years of the fifties, Belmondo’s activity in the cinema began.

Jean-Paul Belmondo was born on April 9, 1933 in Neuilly-sur-Seine, Paris. His full name: Jean-Paul Charles Belmondo. Since he was young, he practiced sports, including boxing. A memory of that hobby remained with him for life: his fractured nose became one of his physical characteristics and contributed to sustaining the nickname that he himself celebrated: “The ugliest man in French cinema”. But Belmondo knew how to turn that defect into a personal distinctive that did not prevent him from moving with great success among the ladies, who called him “the most beautiful ugly in the cinema.”

Among the filmography of Jean-Paul Belmondo we highlight the films “À bout de souffle” (“Breathless”) from 1960; It is a classic of French cinema considered “the first rebellious film of France and the world”, according to the famous filmmaker Henry Jeanson. This film with Belmondo is the most representative of the New Wave. His first film was “À pied, à cheval et en voiture” (“On foot, on horseback and by car”), filmed in 1957. He also filmed “The Professional”, “Pierrot, the Crazy”, “How to Destroy the World’s Most Famous Secret Agent”, “Two Women”, with Sophia Loren; “Casino Royale”, “Is Paris Burning?”, In which he shared roles with Kirk Douglas and Alain Delon. He alternated with his friend Delon in “Uno de dos”. In “Borsalino”, “The confidant” and “The bodyguard” the French actor also participated. He obtained distinction with the César Prize (1989) for his performance as best actor in the film “Empire of the lion”; Belmondo rejected this award. In 2007 he received the “Legion of Honor” in the rank of Commander. He was a member of the Sports Academy.