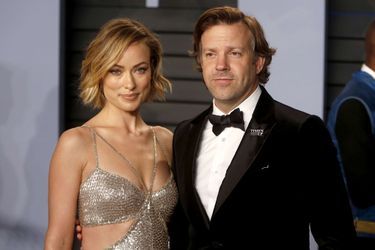 It could hardly be more embarrassing… In the middle of CinemaCon in Las Vegas, to present her new film, Olivia Wilde found herself faced with a bailiff.

The scene was surprising to say the least… Tuesday, April 26, at Caesars Palace in Las Vegas, while she was taking part in the CinemaCon conference to present her new film “Don’t Worry Darling”, Olivia Wilde was given a large envelope from a bailiff, bearing the inscription “Personal and confidential”. A woman managed to approach the stage to hand the envelope to the actress and director: “Is it for me?” she then asked, naturally surprised.

The 38-year-old star then opened the envelope, before quickly resuming the thread of his presentation, with the screening of the trailer for his new feature film. As detailed by several American media, including “Variety» it was in fact legal papers sent by her ex-fiancé Jason Sudeikis , concerning the custody of their two children: Otis and Daisy (8 and 6 years old).

“Mr. Sudeikis had no prior knowledge of when or where the envelope was going to be delivered, as that would depend only on the fulfillment service company involved and he would never tolerate it being served as such an inappropriate way.” CinemaCon organizers also commented on the unlikely legal intrusion in a statement, saying they would be “reassessing” their security protocols.

After nine years together and two children, Olivia Wilde and Jason Sudeikis broke off their engagement in November 2020. A rupture confirmed by the actor in an interview for “GQ” published the following summer. Since January 2021, Olivia Wilde has found love in the arms of young British singer Harry Styles, after meeting him on the set of “Don’t Worry Darling”, a film which she was presenting in Las Vegas on Tuesday.

For his part, Jason Sudeikis seems to have approached model Keeley Hazell in recent months.