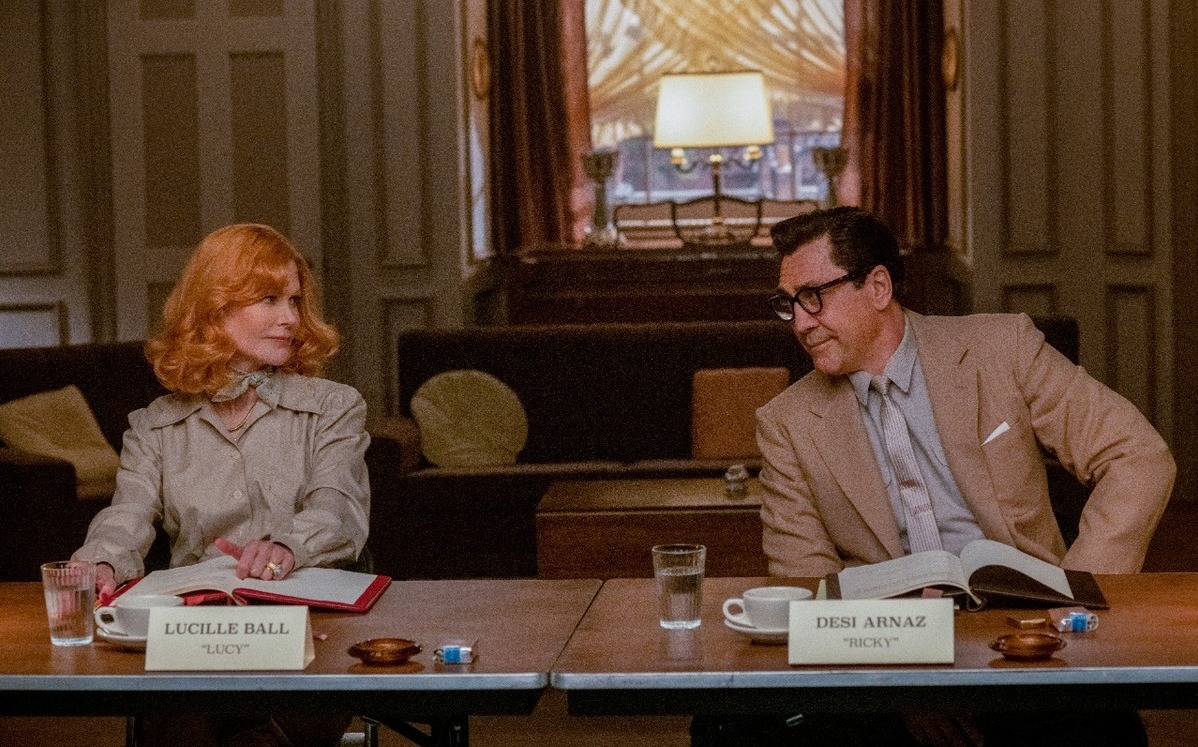 Nicole Kidman has shown that can turn into virtually anyone when it comes to playing a role, but Lucille Ball is another league of acting, simply and simply because He was the biggest television star in America, since his show debuted on October 15, 1951.

Her husband in real life was also on the small screen, he being the one who Loved Lucy, as the title of the classic sitcom proclaimed. Now writer and director Aaron Sorkin delves into the story behind the story of this unusual couple, in which she was the great star in times when it was almost unthinkable for women to lead the world of work. The efforts to save her royal marriage to Dezi, who was a successful Cuban-born musician, are chronicled in this Amazon Prime film that is full of nostalgia and emotions from bygone times. We talked about that and more with Nicole Kidman (NK) and Javier Bardem (JB).

Most of us have seen reruns of I Love Lucy, and it still feels like going back to the origin of television. Did you have that feeling despite not being American?

JB. Yeah it was like that. I wasn’t that familiar with the show, but it certainly felt like going through time in reverse. The sets, the costumes, the feel, everything. It was like climb a time machine to where these people lived. It was very beautiful and also very helpful in creating our characters.

Nicole, seeing yourself in black and white and then playing the character of Lucille Ball as she was in real life is a tremendous job, how did you become her?

NK. I studied the show, I studied her. There is a huge amount of footage and that certainly helped me a lot to become her. Too we had access to secret recordings that allowed us to see why we both have a relationship with Lucy Arnaz, his daughter, who shared with us many things that were secret. And then we had Aaron Sorkin, our director, who said to me, ‘I want you to have Lucy’s voice and then have a completely different one when you’re in Lucille’s character, two characters on the same tape. Lucille Ball creates the character of Lucy Ricardo. She is not Lucy Ricardo´. And that is the key, to see them as two different characters. Having said that and as much as it is something of a lot of nostalgia, it honestly feels very relevant for now. So many of the themes that are in the story, it is very easy to identify with them. It doesn’t look like a vintage piece.

Javier, there comes a time in the movie that they are only throwing men’s names in Spanish to make a joke with your character. Does that happen to us a lot nowadays too?

JB. Yes, I know that before me they looked for several actors of Cuban origin, but for some reason it did not happen. When they came to me I was completely ready, and I did it with all the respect that character deserved. That’s my job, regardless of where it comes from.

Without a doubt I completely forgot your Spanish origin, but I have the feeling that even now all of us who speak Spanish are grouped together as if we were a single culture.

JB. Absolutely. And my job is to try to show the humanity of the character in a way that is completely independent of his origin, and to do the work that an actor does; It is a lot of work but it is what we do for a living and everything is always in favor of the character.