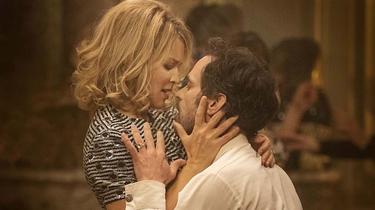 The art of knowing how to play your last card. With “The Card Counter”, Paul Schrader continues to explore his favorite themes – isolation, guilt and redemption – while again focusing on one man, lonely and tortured.

This time, he wears the mask of a professional blackjack and poker player, who learned to count cards in prison, after serving as a torturer for the US government in Abu Ghraib prison in Iraq.

And this character, named William Tell, the screenwriter of “Taxi Driver” has decided to entrust him to Oscar Isaac, who offers a completely captivating performance. Charismatic and impenetrable, he scours the country’s casinos, sleeps in anonymous motels, where he covers all the furniture with a white sheet as if to hide the present, and reviews his acts of yesterday and today.

“He is mysterious and there is something strange and meticulous in his habits, until we gradually understand who he is and what he once did”, explains Oscar Isaac, in alluding to the filmmaker’s method of gradually revealing the character of the character.

Between two card games, William Tell joins forces with Linda, player agent (Tiffany Haddish), whose presence sheds some light on this dark story, which plunges the viewer into a haunting atmosphere of the 1970s. The protagonist Also crosses paths with Cirk (Tye Sheridan, “X-MEN: Apocalypse”), a young man driven by a desire for revenge.

His goal: to kidnap, torture, and kill John Gordo, played by Willem Dafoe, the sadistic superior of his late father, and William Tell. In the hope of atoning for his crimes and finding peace, the latter will take the high school student under his wing and at the same time reconnect to the outside world.

Produced by Martin Scorsese, this thriller, which shows less violence than it suggests, disturbs, destabilizes, as much as it fascinates. “I wanted to be interested in a character who committed an act that cannot be forgiven,” said the director, who is also credited with “On the Road to Redemption.”

The protagonist “has been in prison, and while society has no doubt forgiven him, he has not forgiven himself. He’s done something terrible, and he’s living in a kind of purgatory. How can he hope to get out of this? “

On a vu «The Card Counter», avec Oscar Isaac