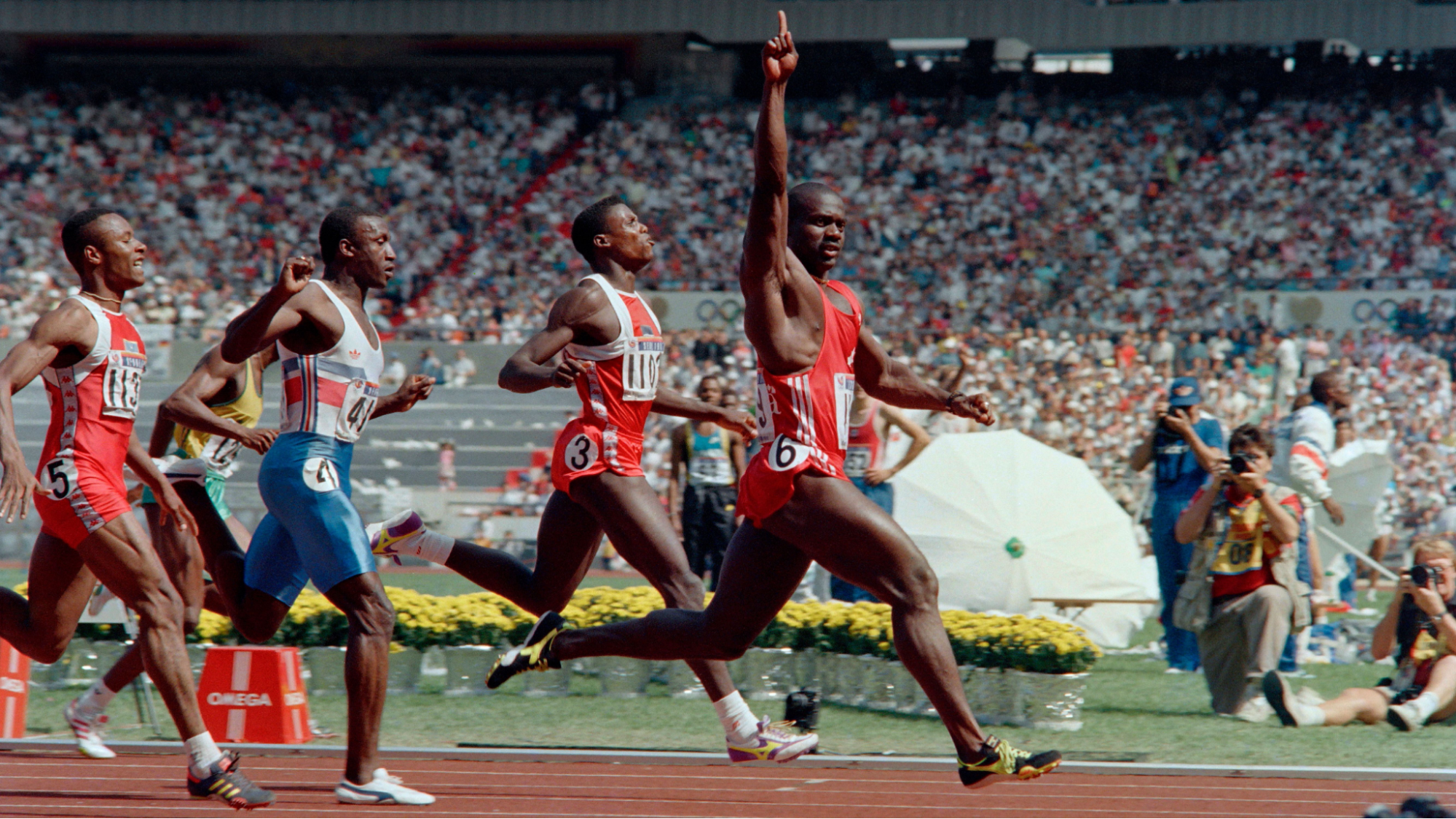 For a brief moment, Ben Johnson emerged from the 1988 Olympics as Canada’s national hero. No athlete in Canadian history fell from grace more abruptly after he tested positive for steroids, disqualifying his gold medal-winning career. 9.79 seconds in the 100 meter dash, the main event of the Summer Olympics.

Below, we explain Ben Johnson’s rise and fall from his steroid-tainted career in Seoul, South Korea.

Johnson entered the 1988 Olympics as Canada’s premier athlete after an iconic 1987 season in which he defeated Carl Lewis at the International Association of Athletics Federations (IAAF) World Championships in Rome, where he established what then it was a world record in a 9.83 second race. Johnson, who had previously been nominated for the Order of Canada in April 1987 – the nation’s most prestigious civil honor – won the Lou Marsh Trophy as Canada’s best athlete, as well as Canada’s Athlete of the Year. the Associated Press. Johnson was rising to fame as an international star and the greatest threat to Lewis, who had become a momentous star in his own right after a masterful appearance at the 1984 Olympics, where he won gold in the 100-meter dash. After Rome, Lewis vowed never to lose to Johnson again and hinted that Johnson was using steroids, without naming him directly.

“There are many people who come out of nowhere. I don’t think they’re doing it without drugs, ”Lewis said bitterly after Johnson’s 1987 win.

Johnson’s contemporaries in Canada raised concerns about rampant doping, particularly by Toronto-based athletes, but these complaints were largely dismissed before the 1988 Summer Olympics. Only in hindsight is it evident how widespread it was doping in the sprinter community at the time, although all the necessary evidence was on file.

With the Lewis versus Johnson story reaching feverish levels of hype, the race itself delivered. Johnson ran for a world record of 9.79s, Lewis finished with 9.92s, while Linford Christie, the third distant power in sprinting during the late 1980s and early 1990s, finished third with 9.97s. Calvin Smith, a relay specialist, finished fourth with 9.97s, marking the first time anyone ran a 100 meter dash in less than 10 seconds and finished third (originally fourth, but this was corrected after Johnson’s disqualification) .

Johnson became a national hero in Canada, defeating the biggest name in athletics on the world stage. Two days later, Johnson’s urine sample tested positive for stanozolol, an anabolic steroid, and he instantly fell from grace, a rise and fall that is perhaps unprecedented in Olympic Games history.

What was the reaction to the event at the time?

Johnson was initially praised across Canada for defeating Lewis and putting the country on the map.

At his post-race press conference, Johnson couldn’t help but brag about his achievement.

“I would like to say that my name is Benjamin Sinclair Johnson Jr., and this world record will last 50 years, maybe 100,” he exclaimed.

“A gold medal, that’s something that nobody can take away from you.”

However, something was definitely wrong, as it took Johnson nearly an hour to deliver a urine sample while reportedly gulping down 8 to 10 light beers in the meantime.

The IOC’s chief of drug testing, Prince Alexander de Mérode, personally delivered a note to Canada’s chief of mission, Carol Anne Letheren, informing her of Johnson’s positive samples. Dick Pound, the future head of the IOC, came forward as Johnson’s de facto legal representation, but was unable to overturn the result, forcing Johnson to hand his gold medal out of favor to Letheren. Later, he was also stripped of his 1987 World Cup gold medal.

Johnson was mercilessly booed at the airport upon arriving in Toronto from Seoul and largely stayed out of the public eye. In response to Johnson’s positive test, the Canadian government launched an investigation, known as The Dubin Inquiry, where Johnson admitted that he had lied and had been using steroids since 1981. During the 89-day investigation 122 witnesses were summoned.

What changed for the future Olympics?

Johnson’s positive test marked the end of the track and field’s golden age, which was only revitalized eight years later when Canadian Donovan Bailey achieved a clean world record of 9.84 at the 1996 Atlanta Summer Olympics, This sparked a rivalry with American 200-meter sprinter Michael Johnson.

It also marked the end of innocence when it came to athletics, as a cloud of suspicion hung over every race. It was only after Usain Bolt emerged as the greatest track and field athlete that the widespread suspicions began to cease.

Wade Exum, director of drug control administration for the U.S. Olympic Committee (USOC) from 1991 to 2000, revealed that Lewis had tested positive for trace amounts of three stimulants in the 1988 Olympic tests, arguing that he should have been disqualified before Seoul. An IAAF review showed that the USOC went through the proper procedure regarding Lewis’s samples, allowing it to retain its medals, albeit through a cloud of continued skepticism.

ESPN released a full documentary titled “9.79 *” in 2012 as part of its 30 by 30 series, documenting the entire run in detail. It is certainly worth seeing. Only two of the eight competitors did not test positive for banned substances during their entire careers, and the race is widely known as “The dirtiest race in history,” an appropriate title for such a gruesome yet pivotal event in the history of the sport.

Where are you now?

Johnson entered the Theater of the Strange following his return attempt in the early 1990s. He briefly coached the late Diego Maradona and admitted in 1999 that he had been hired by former Libyan Prime Minister Muammar Gaddafi to coach the Libyan soccer team. your son.

In 2005, he launched the Ben Johnson Collection, a failed clothing and supplement line.

In March 2006, Johnson openly mocked his involvement in the scandal, endorsing an energy drink called “Cheetah Power Surge,” an obvious move with the “cheater” tag attached to him. He was widely criticized by viewers, although Johnson was an important part of a national ad campaign, and that only cast him in a more egregious light, while also reminding younger sports fans of his disgraced career.

He once again built on his legacy in 2017 in an ad for the Android app of Australian sportsbook Sportsbet, whose campaign slogan was ‘put’ roid on Android ‘, saying it’ tested positive for speed and power, a and again”.

After Johnson filed a $ 37 million lawsuit against his former attorney Ed Futerman, which was dismissed by the Ontario Superior Court in 2012, he has largely withdrawn from public life and spent time with his grandchildren in Toronto. .

You should also see:

How to raise an Olympian: Annia Hatch, an extraordinary gymnast