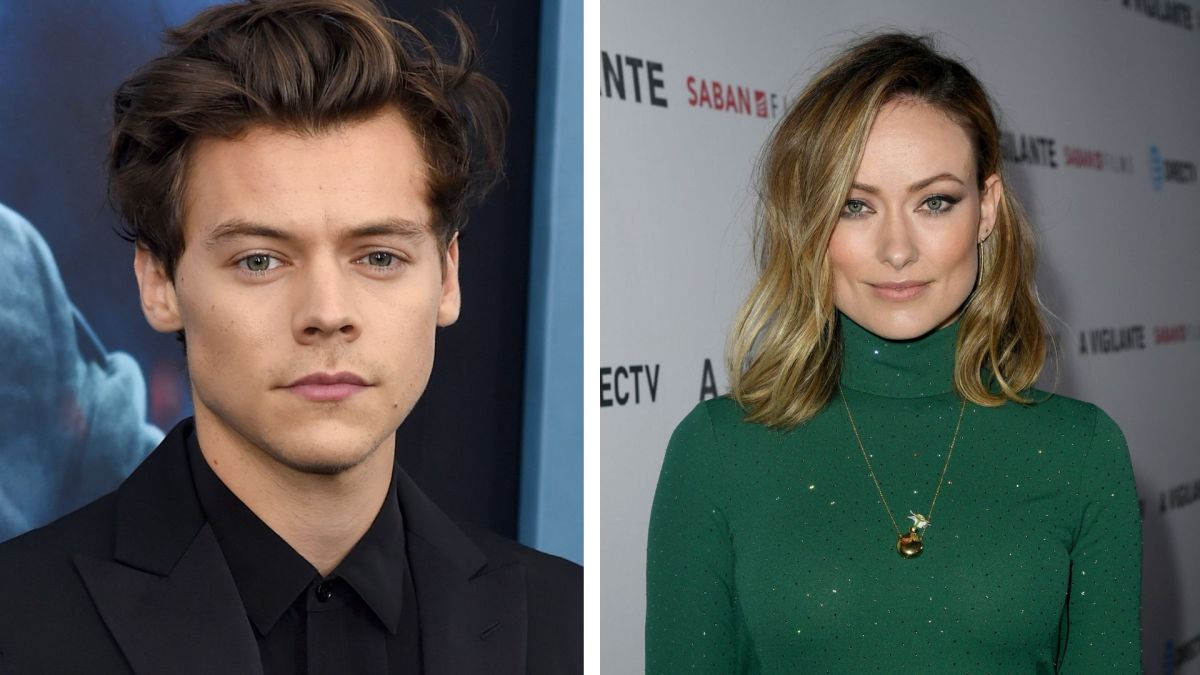 After a long forced break derived from the coronavirus pandemic, the famous Harry Styles kicked off his “Love On Tour” tour in Las Vegas and thousands of fans were left with their mouths open when they realized that the former One Direction member had a very special guest.

Through social networks Images and videos began to be disseminated in which the presence of the actress stood out Olivia Wilde, who did not hesitate to go to the venue where the event would take place, to support her boyfriend.

A user on Twitter captured the exact moment in which the director of “Booksmart” arrived at the place accompanied by an entourage of security guards who escorted her to her seat in the front row.

Olivia Wilde she looked stunning in a light blue blazer with flared pants matching. In addition, the actress completed her look with a natural eye makeup that was perceived even though she was wearing a mask.

As expected, the reactions in social networks did not wait, since there have been few times that the couple has been seen publicly: “I can’t believe I breathed the same air as Olivia Wilde “, “How beautiful they are, he went to see him sing.”

Of course, there were those who were in charge of making known every detail of Olivia’s presence at the Harry Styles concert, ensuring that she had a great time enjoying her boyfriend’s presentation: “I was so happy and dancing the night away! It was very cute. He was singing almost all the songs… and having a good time with the people he was with, ”said one of those present.

It was at the beginning of this year that Harry Styles and Olivia Wilde met, thanks to the singer’s participation in the famously directed film, “Don’t Worry Darling.” At the end of the filming, rumors of a possible relationship began, same as It was confirmed by being photographed very caramelized at a friend’s wedding.