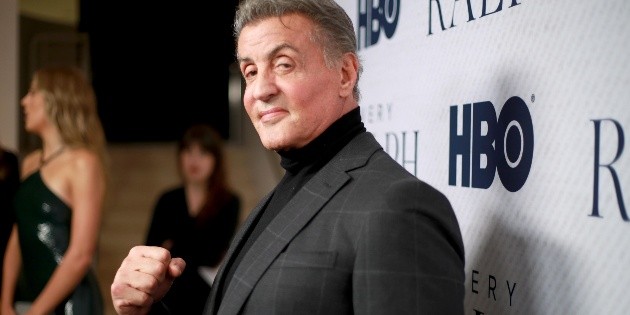 Sylvester Gardenzio StalloneBorn on a day like today in 1946 in New York City, United States, he is one of the most legendary actors in Hollywood and a favorite of much of the audience. At 75, he has three Oscar nominations, two for the BAFTA Awards and three for the Golden Globes, of which he won one in 2015 in the category “Best Supporting Actor” for Creed.

Much has happened in the life of that young man who had to work as an actor in pornographic films to pay for drama classes. On more than one occasion, he declared that he made that decision for financial reasons, since “he only had $ 20.” One of his first big appearances was in Bananas, by Woody Allen, and later was part of in an episode of the series Kojak. Although he did not get two roles for which he appeared in The Godfather, continued in a different area of ​​the industry.

Sylvester did not become world famous until 1976 when it released Rocky, written and starring himself. His inspiration for the film came a year earlier when he was watching the fight between Muhammad Ali and Chuck Wepner, and within three days he had the script completed. He tried to sell it to various production companies, but they did not want him to be the protagonist, since they preferred already established interpreters, but he rejected every opportunity in order to act in his project and move towards being the Hollywood star he is today. Review his best movies!

Plot: After making a devastating bomb attack in London, an international terrorist arrives in New York to wreak even more havoc. His plan is perfect, but he has not taken into account the determination of a NYPD.

Plot: A New Jersey commissioner collaborates with an agent of the Department of Internal Affairs who is investigating the corruption network that the mafia has established among the members of the police force.

Plot: A humble boxer from Philadelphia, whom no one believes in, has a chance to change his life completely if he fights for the world title against the fearsome Apollo Creed.