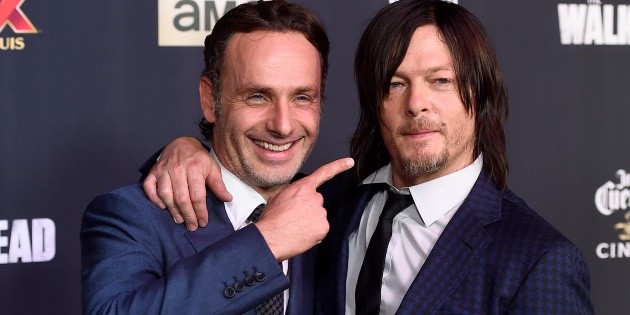 With more than a decade of emissions, The Walking Dead prepares for what will be the last of his deliveries. Fans of the show created by Frank Darabont they deserve a farewell at the height and for Norman Reedus there is something that cannot be missing. The actor who plays Daryl Dixon asked for the reunion between his character and Rick Grimes (Andrew Lincoln).


The actor of The Walking Dead chatted with Comicbook ahead of the launch of the new episodes (which premiered the first exclusively for AMC+). In the interview he referred to what Rick Grimes means to Daryl. He is a brother. Therefore, he wants that when Lincoln go back to the show screen feel like “Something real”.

When asked about how he imagines it could be the most anticipated meeting for fans of The Walking Dead, Reedus he did not hesitate for a second. “I think I know what would happen. I would meet Rick by accident, he would smile, I would smile, I would probably leak a little tear and then punch him in the face “, noted the artist with the most experience in the show AMC.

For Reedus, the relationship between Rick and Daryl was substantial for his character to progress and come out of his “Emotional jail”. In this sense, he assured: “He really let Daryl come in as a brother. I think the brother thing really did become something important, especially after Merle. “. Of course, he did not forget to acknowledge the contribution of Carol (Melissa McBride) in your character’s progress.

Carol and Daryl’s spin-off coming up

The universe of The Walking Dead began its expansion hand in hand with Fear The Walking Dead and then with World Beyond, which began airing last year. In addition, there is a trilogy of films starring Andrew Lincoln that will show what happened to Rick Grimes after the explosion on the bridge and his departure from the show.

One of the spin-offs most anticipated by fans of the series Frank Darabont will have as central axes Carol already Daryl. The characters managed to build a great relationship in the zombie apocalypse, and between the two they helped each other grow. In an interview with IMDb, Reedus highlighted that the new series “It won’t look like The Walking Dead at all”. It is worth remembering that when the show was released, Norman Held: “I love the way these characters interact and relate to each other on so many levels and I can’t wait to see where their journey goes from here.”.