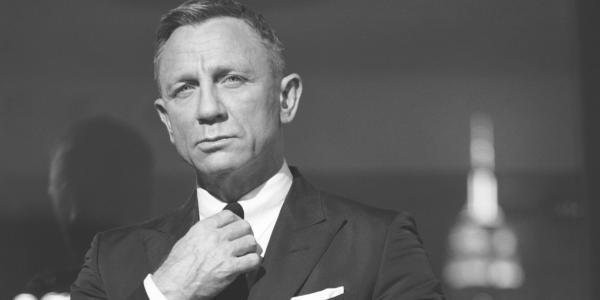 One of the great wonders of the James Bond character, created by the journalist Ian Fleming in 1953, it is that regardless of the time in which it was developed, it remains faithful to its essence and adapts easily to today without the need to be subjected to major changes. Proof of its success is that after the series of novels, it has managed to be present successfully through other media such as video games, comics and cinema.

Changing an actor to play the same character is seldom so good, which is why now it has been difficult to see someone in the role of Wolverine other than Hugh Jackman, or it is almost impossible for the audience to visualize someone else like Indiana Jones even pointing out that the character will always stay with Harrison Ford until the last moment. But in the case of agent 007 it has worked differently, because it is the character who stands out while the actor is only passing through, and the public is aware of it.

From David Niven, Barry Nelson and George Lazenby, until Sean Connery, Roger Moore, Timothy Dalton and Pierce Brosnan they have left part of themselves in the history of the character throughout all its versions. Bond’s last face was that of Daniel Craig, who took the role in 2006 with 007: Casino Royale (95%) and soon he will premiere what was his last presentation as the most famous spy of all time.

Now that it will finally be released No Time to Die On October 8, Apple TV Plus shared a special called Being James Bond, where Craig’s passage through the last 5 Bond films is explored; and on the occasion of this documentary, Film enthusiast shared a clip from the last day of filming for No Time To Die, where the actor shared an emotional farewell speech.

Continue with: No time to die: Lashana Lynch is not concerned with racist trolls who criticize her role as 007

Many people here worked with me on all five movies. And I know a lot has been said about what I think about these tapes or all of those things. But I loved every second of them, and especially this one because I wake up every morning with the opportunity to work with you. And that has been one of the greatest honors of my life.

In the video it is possible to observe the interpreter with emotions on the surface and on the verge of tears. To tell the truth, this does not mean that his acting career is submerged after playing James Bond, in fact, he has managed to stay afloat with other important roles such as The Girl with the Dragon Tattoo (86%) O Between Razors and Secrets (100%), and without a doubt he still has a long way to go.

Finally, the end of this stage of the character opens the doors to new interpreters; For a couple of years, names of those who could be the favorites began to emerge and the public itself has made its own bets, among which the name of Tom Hiddleston and Regé-Jean Page from Bridgerton (92%), Nevertheless, No Time To Die presents Lashana Lynch like the new 007, although he is not entirely sure if she will star in future installments.

Don’t stop reading: Why Sean Connery’s James Bond Can No Longer Be A Role Model In The 21st Century