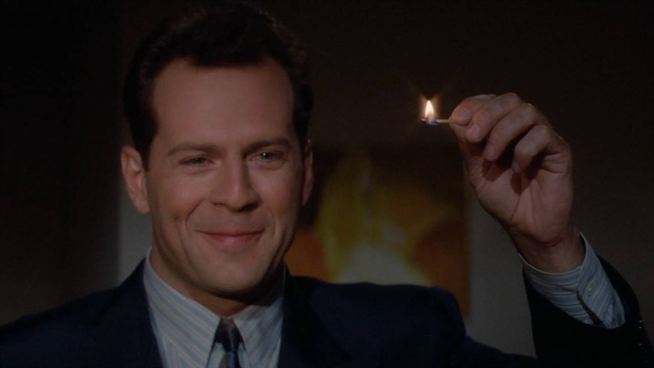 Find out why the Clair de lune series, which revealed Bruce Willis to the general public, is unavailable on streaming platforms.

On March 30, we learned with surprise that Bruce Willis was ending his career. The decision was made by his family when they learned that the actor suffered from aphasia, a language disorder ranging from difficulty finding his words to complete loss of the ability to express himself.

If most of his cinema filmography is available in streaming, an entire section of his career on television remains invisible on the platforms: his cult series Clair de lune (Moonlighting in VO), in which he gave the reply to Cybill Shepherd. And the creator of the show, Glenn Gordon Caron, has sought for years to right this injustice.

In an exclusive interview with The Wrap, Caron says that it has already been four years since he contacted Disney + (which owns the broadcasting rights to the series, formerly broadcast on ABC), but that the platform does not want to put the show with Bruce Willis online. The reason given at the time by the streaming service is that the series does not correspond to the family universe that Disney then wanted to put forward.

Except that in the meantime, Disney has absorbed Twentieth Century Fox, FX and Hulu, which have a lot of “R-Rated” content, that is to say violent, rude or politically incorrect (Deadpool or Alien to name only the better known to the general public), content that it had to make available to the public.

In France, this resulted in the opening of the STAR section on the platform, which hosts this content not intended for children. Caron therefore returned to the charge to release Clair de lune, to which Disney this time gave him another reason to justify his refusal: the musical rights.

This recurring problem of musical rights had a huge impact on series from the 80s and 90s and early 2000s (Code Quantum or Malcolm were victims of it): the non-free music used for the episodes was not secured beyond the broadcast on air. Concretely, therefore, to be released on Blu-ray or on a platform, these series see their original music changed and their integrity altered.

Since then, Glenn Gordon Caron told The Wrap that he threw in the towel and no longer fought because Disney would refuse to pay the musical rights necessary to keep the series intact. The platform would have proposed to replace the music of the series with other less expensive and similar, but Caron opposed it.

Many cult series have not made the same choice (or have not had it) and the versions that we know of them today on the platforms have musically no longer much to do with those of their TV version. .

Clair de lune starts from a simple story: following the embezzlement of her trusted man, Maddie Hayes is led to manage her affairs herself. Now at the head of the Clair de Lune detective firm, she will team up with David Addison Jr, an insolent playboy detective.

This detective agency lived 66 episodes (67 if we count the pilot as a double-episode), broadcast between March 3, 1985 and May 14, 1989 in the United States and in France from March 1, 1987 on M6. The series was the most expensive of its time, at $1.6 million per episode. The ABC chain reimbursed itself because all the profits came back to it only.

Cybill Shepherd was already famous at the time of the launch of the series, which was above all centered on her character and she was the star of the show. She and Willis did not get along at all on the set, but Moonlight allowed the actor to be hired to play in Crystal Trap, spotted by John McTiernan who saw in him, through his character on the series, the perfect average American.

The series, which bet on a good dose of humor, romanticism and investigation, dared to “break the 4th wall” of the narration, that is to say that the protagonists regularly addressed the viewers, which made it de facto distinguished it from the majority of television production at the time.

Finally, it gave birth to an expression used by series lovers, especially across the Atlantic, the “Moonlighting Curse”. This term refers to how a series, when it answers the burning question “will the heroes get together?”, begins its decline. And indeed, once the sexual tension evacuated between its two protagonists, Clair de lune began to see its audiences drop to the point of being canceled.

Note that in France, it is possible to buy Clair de lune on DVD, but very probably with retouched music.

As a bonus, the tests of Bruce Willis for the pilot of the series:

No streaming for Bruce Willis? why you can’t see the series that revealed it