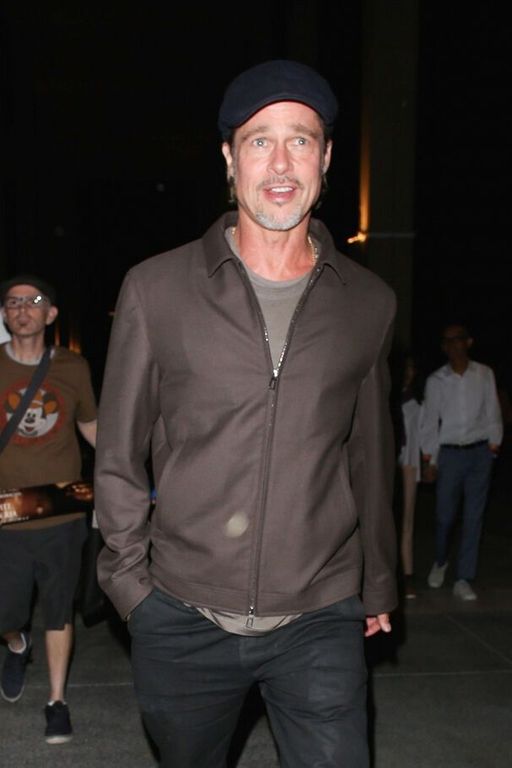 In an interview with GQ, this Wednesday, June 22, Brad Pitt confided in a rare disease which he would be suffering from.

Brad Pitt is a personality that needs no introduction. He has been in the limelight for many years and he does not hesitate to confide in his private life. It was in the columns of GQ magazine that he was very transparent this Wednesday, June 22. Without having been diagnosed by a doctor, he assured that he suffers from prosopagnosia. It is a rare disease, which would affect only 2.5% of the population and which causes difficulty in remembering new people he meets, in recognizing their faces. “He fears that this conveys a certain image of him, that of a distant, inaccessible and self-centered man. first written by novelist Ottessa Moshfegh. “In truth, he would like to be able to remember these new encounters and he is ashamed that he cannot.” she then clarifies. Subsequently, she indicated that she had already discussed this disease with Brad Pitt. “When I explain to him that my husband seems to suffer from the same disorder, Pitt becomes inflamed. ‘No one believes me! I want to meet one of mine’“she concludes.

This rare disease is not the first time that Brad Pitt has mentioned it. In 2013, during an interview with Esquire magazine, he had already explained: “It’s a mystery to me. I can’t hold back a face. So many people hate me because they think I disrespect them“. However, the actor had not put a name to this disorder from which he suffers. Subsequently, he confided in asking people to remind him where he had seen them for the first time: “Every time I was given the context I said ‘Thank you for helping me’. In fact, it annoyed my interlocutors even more“, he assured. A situation that is not easy to live with on a daily basis since Brad Pitt meets a lot of people thanks to his career. This disease had been evoked in the cinema in a film named Face Blind. In it, actress Katherine Heigl played the role of a psychologist with this rare disorder. Harassed by a man she cannot recognize or describe, she must fight to convince others of the real danger she is in…

Brad Pitt and prosopagnosia: which personality also suffers from this disease?

Brad Pitt is not the only one to have publicly mentioned this disease. This is also the case of Thierry Lhermitte who, on the antenna of Europe 1, had made some confidences. When for the third time, I introduce myself to someone who has already told me ten minutes before, “I’ve seen you before”, it’s horrible. So I put it down to joking.” he remembered before adding: “In fact, it was sincere”. For his part, the actor had been diagnosed by a doctor and he then volunteered to be one of the guinea pigs of a team from Inserm (National Institute of Health and Medical Research) specializing in brain study.

brad pitt
He mentioned a disorder from which he suffers.

brad pitt
It is a rare disease.

brad pitt
Brad Pitt has never been diagnosed by a doctor.

brad pitt
He based himself on his own experience.

brad pitt
He assured that he suffers from prosopagnosia.

brad pitt
It’s a disorder that handicaps him a lot.

brad pitt
Brad Pitt meets a lot of people in his life.

brad pitt
He is always embarrassed not to recognize them.

“No one believes me!”: the alarm cry of Brad Pitt persuaded to be suffering from a rare disease