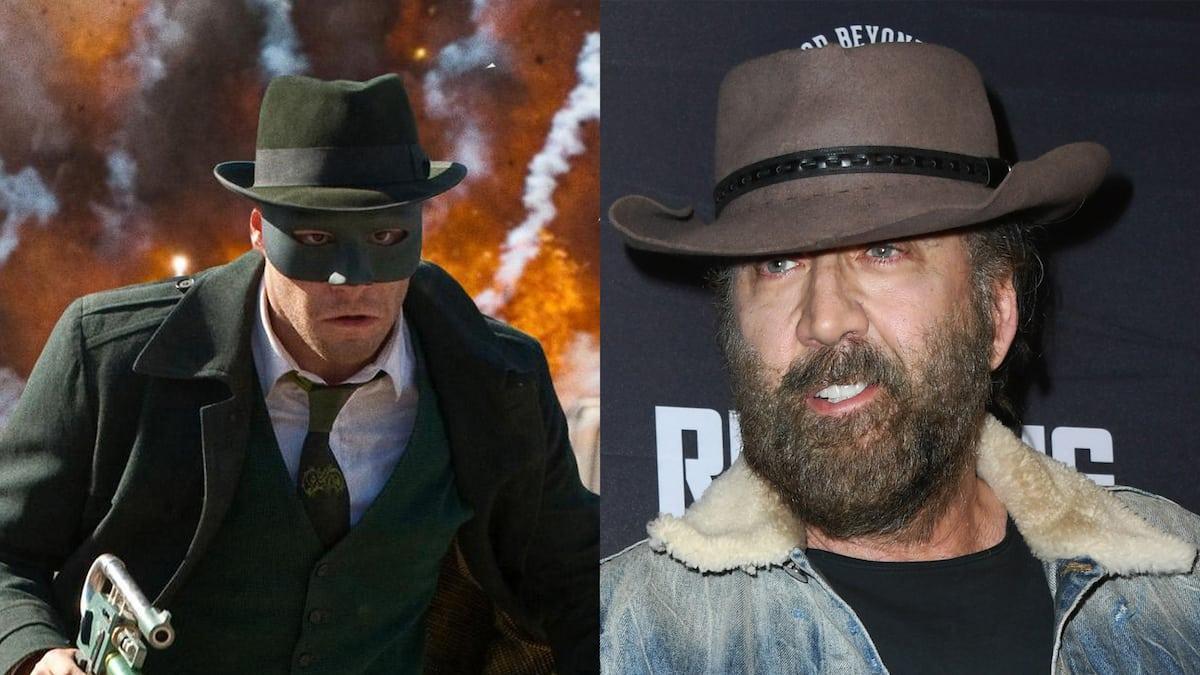 Nicolas Cage didn’t land the role of Green Hornet in Seth Rogen’s film of the same name, as the actor wanted to play it with a Caribbean accent.

• Read also: Someone put the face of Nicolas Cage in several video games

Seth Rogen met Cage as he and his writing and production partner Evan Goldberg were starting casting for the 2011 film. They first chatted on the phone several times before meeting in person.

During a conversation, Nicolas Cage reportedly explained what he wanted his character to look like: a bald man who got his hair tattooed. “And we were like, ‘OK … we’re trying to figure out the concept,'” Seth Rogen told the Howard Stern Show.

Cage decided a few days later to drop the idea, as he was seriously considering getting a skull tattoo in real life. “I remember giggling when he said it on the phone, then I stopped when I realized it wasn’t a joke.”

His interactions with the actor got even more bizarre when he next came up with the idea of ​​playing his character as a “white man from the Bahamas,” a suggestion the two producers agreed to discuss in more detail at a dinner party. at Amy Pascal, then director of Sony Pictures.

However, the reunion took a tricky turn as soon as Nicolas Cage arrived, who began to show off his Caribbean accent.

“Literally in 60 seconds we were all seated as he stood in front of us reciting a monologue with a Jamaican accent. [Son] monologue was not in the script. It had nothing to do with the script. At this point, I was like, “I don’t even think he read the script,” he explained, adding that his performance was met with heavy silence. It ends and it’s like he’s just done a back flip and waiting for the applause. At that point, everyone looks at me so that I can express the group’s reaction. I said, “It was OK. Cool. Thank you. We need to talk about it. This is not how we imagined the character. ””

Called upon by the lack of praise, Nicolas Cage finally decided to cut the evening short. “We all sit down for supper and almost immediately he gets up and leaves,” added Seth Rogen.