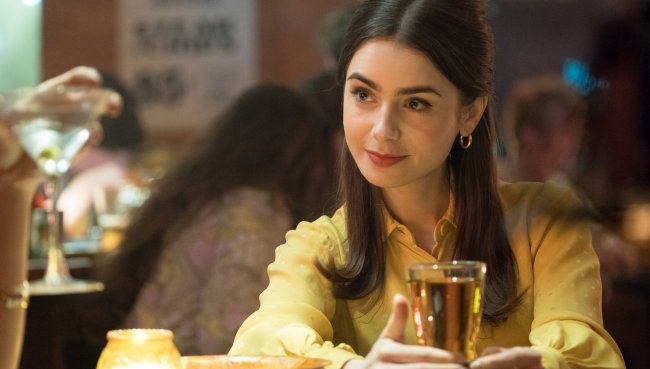 The miniature plastic dolls of the brand “Polly Pocket” now also receive their own film. Actress Lily Collins will not only star but also produce the film.

Fans of plastic mini dolls will be delighted: after the Barbie films, the “Polly Pocket” dolls will also have their place on the big screen. Actress Lily Collins (32) will give a new face to the main character Polly. Not only that: the 32-year-old actress will also be behind the camera as the film’s producer, as reported by “Variety” magazine. Actress Lena Dunham (35) wrote the screenplay and will do her magic again as director.

The film is about a young girl and a “tiny little woman” who become friends. “I was obsessed with Polly Pocket when I was a child. It’s a real dream come true and I can’t wait to bring these little toys to the big screen,” Lily Collins said, according to “Variety.” Writer-director Dunham is also looking forward to the new film: “Polly gave me a little world full of magic and autonomy to tell…”

Actress Lily Collins (“Emily Paris”…) will play the character of Polly Pocket in a new film directed by Lena Dunham. “I can’t wait to dive into this pastel world,” the 32-year-old British actress wrote on Instagram. As a child, she was “obsessed” with the toy. With this project, in which, in her own words, she is also involved as a producer, she is fulfilling a dream.

According to a report by specialist magazine “Variety”, actress Lena Dunham (“Girls”…) will write and direct the film. The film is said to be about a young girl and a pocket woman who become friends. A release date was not initially announced. The classic “Polly Pocket” playset includes the Polly Pocket figure and an opening box.

Toy movies are a hit

“Polly Pocket” is not the first adaptation of a toy. With “Ninja Turtles”, “Playmobil” and “Lego”, some childhood fantasies are part of the magic of the big screen. The “Barbie” films with more than 30 productions and a realistic Barbie, played by model Tyra Banks (47), were particularly successful.

It is not yet known when the movie “Polly Pocket” will be released in theaters. Follow our blog for news of this interesting program.

Discovery of the One Piece manga with Abo-manga

The Tamagotchis are back! Here’s how the…