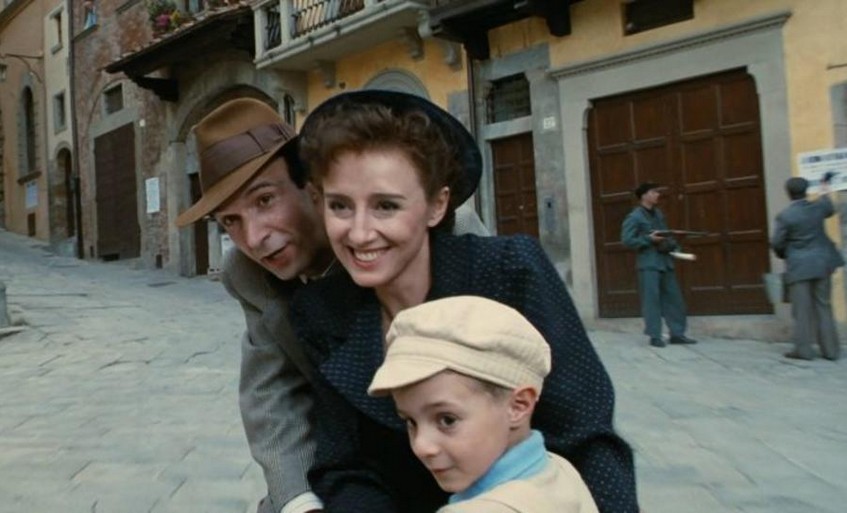 Life is Beautiful by Roberto Benigni was released in French cinemas in 1998. I remember being moved by this film filled with poetry and tenderness, yet dealing with a painful subject in our history. But it was without counting on the talent of Roberto Benigni able to combine laughter and tears in the face of fear.

Roberto Benigni plays Guido, a cheerful young Italian dreaming of opening a bookstore despite the difficulties of the fascist administration. He falls in love with Dora, a beautiful teacher promised to another whom she hates. A true genius of seduction, Guido invents all kinds of delusional ploys to seduce her, then marry her. A few years later, Guido and their son Giosué were deported. Dora decides to follow them. Inside the camp, Guido, out of love for his son, has only one obsession: to hide the reality of their situation from him. 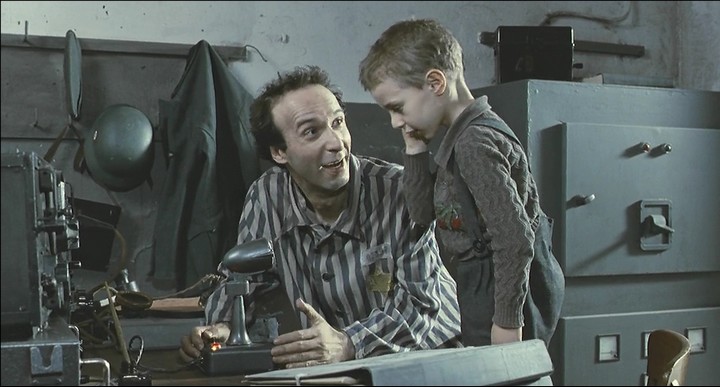 Life is Beautiful is divided into two parts. The beginning of the film could be compared to an Italian-style comedy with a humorous but never mocking reading of the dramatic situation in which the characters are going to be plunged. We discover a sunny Italy, Guido’s tricks to seduce his beautiful Dora make us laugh, the joyful and catchy music of Nicola Piovani will do the rest. Then Guido and Dora have a son, Giosué, who will help his father run the family bookstore. Life is good… until the tragic day when reality catches up with the fairy tale. Guido and Giosué are deported and Dora decides to follow them. The film switches here in a more dramatic second part, the sets of an Italy under the sun are replaced by a concentration camp.

Despite this terrible destiny, Guido explains to his young son that it is all just a game. Good players earn points allowing them at the end of winning the first prize, a real tank. Obviously, Giosué is in awe of winning this dream gift. We find Guido as a joker, but this time to embellish the days of his son who at that time embodies the carefree and the hope despite the tragedy. 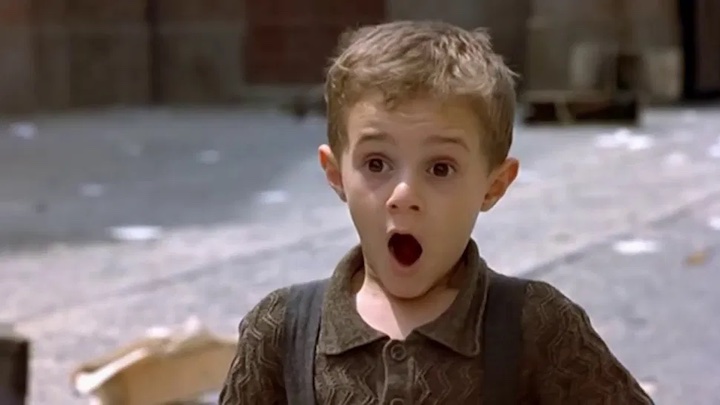 Even though the tears are not far away, we are still laughing. Roberto Benigni does not laugh at the Holocaust, as we may have read or heard when the film was released. He uses laughter as his only bulwark against horror, making the ignominy almost burlesque. Guido chooses humor, poetry and derision to make acceptable what cannot be in the eyes of his child.

From a more personal point of view, I would say that Life is Beautiful is a moving fable about life, as necessary as other films, like The pianist or Schindler’s List in which hope always predominates.

Here is the trailer of the film, with the bonus of the intervention of Roberto Benigni when he receives the Grand Prix du Jury du Cannes film festival in 1998.

On this good movie!