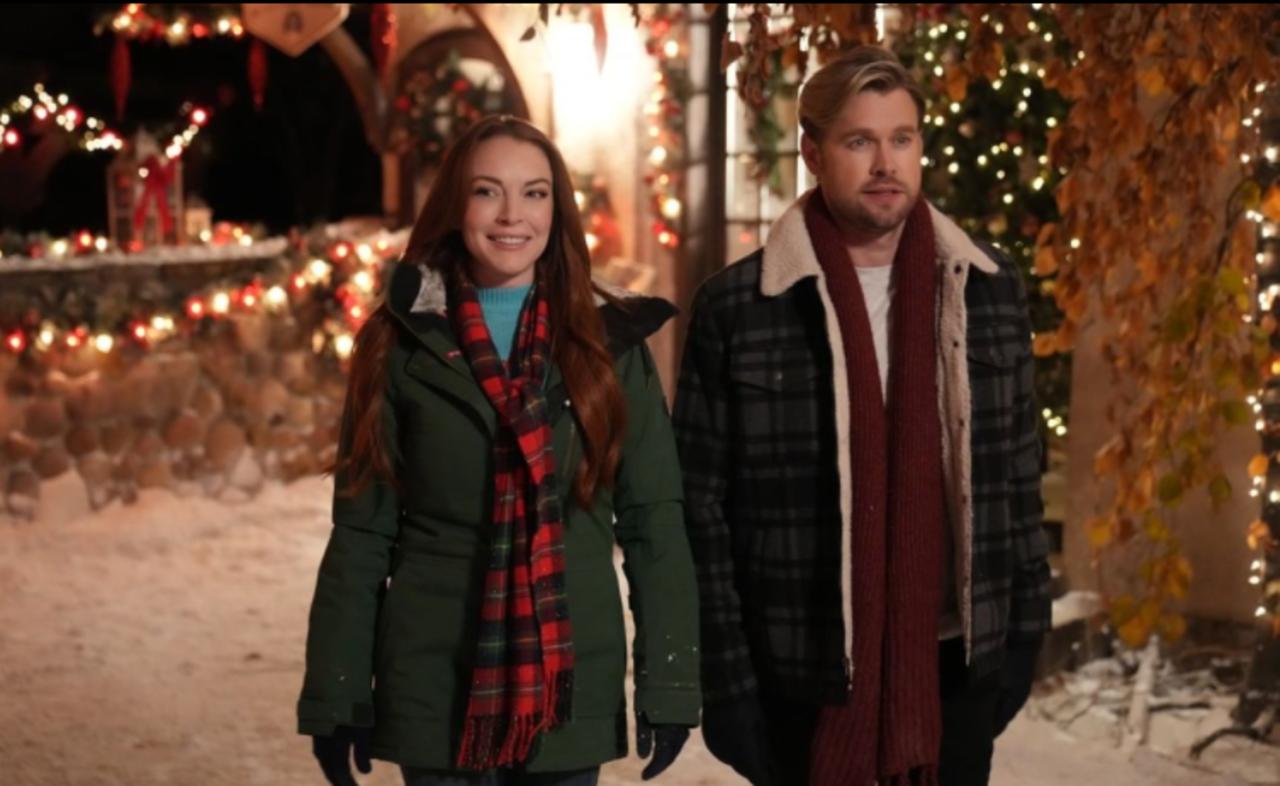 Lindsay Lohan is preparing her return to the cinema in a big way after her scandals highlight her acting career, in 2022 Netflix will release a new romantic comedy film where she shares credits with Glee actor, Chord Overstreet.

The streaming giant shared the first image of the film in which he can see the two protagonists walking in a very Christmas atmosphere, with snow and wearing colors and warm clothes, Lohan appears very smiling.

The photograph is accompanied by the caption: “Oh, to be walking in a wonderful winter with Lindsay Lohan and Chord Overstreet … Production has already started on this couple’s untitled Christmas romantic comedy film, on Netflix 2022!”

According to the Just Jared portal, the plot of the film is as follows: “A spoiled and recently engaged hotel heirloom (Lohan) suffers a skiing accident, with which she suffers from total amnesia and is in the care of a handsome working-class cabin owner (Overstreet) and his precocious daughter in the days leading up to Christmas. “

The now 35-year-old Mean Girls actress will resume her career for the family audience, which saw her born, her last film was made in 2019, it was a low-budget horror production “Among the Shadows.”

Lindsay Lohan was one of the adolescent idols of the 2000s, where along with Hilary Duff, Amanda Bynes and the Olsen sisters they dominated youth cinema. Lohan’s most successful films include “Herbie: Overdrive,” “Crazy Friday,” and “The Twin Game.”