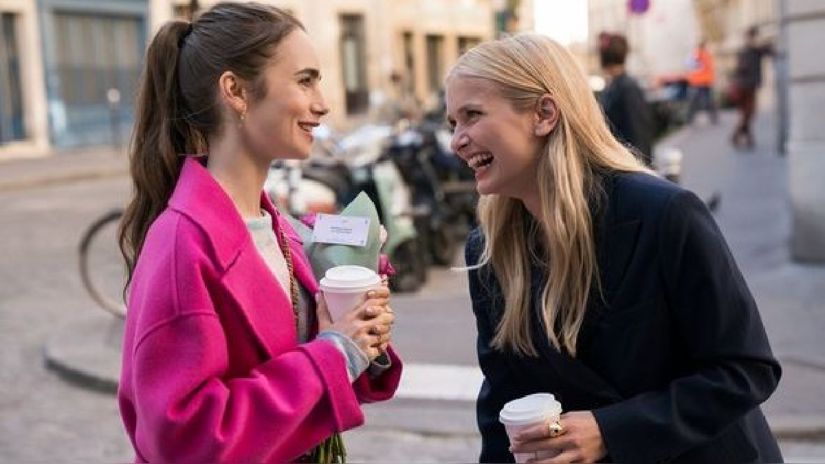 The second season of “Emily in Paris” focuses on Camille’s (Camille Razat) resentment towards Emily (Lily Collins) after she found out that her friend had an affair with Gabriel.

After that, Razat commented that he would like his character and Emily’s to be partner. In addition, he admitted that it would be “a great story” since Paris is “the city of love.”

“It is so modern, it is what happens today. I think it would help with the representation of people who don’t necessarily have it in this particular show, ”Camille Razat said to Cosmopolitan UK.

If her romance turns out to be in “Emily in Paris,” it could turn the story upside down.

Will “Emily in Paris” have a third season?

The second season of “Emily in Paris” premiered on Netflix on December 22, but fans of the series, those who have seen the ten episodes practically at once, are already wondering if it will have a third season.

Although Netflix has not commented on the matter, apparently in the last chapter and the comments of the actors and technical team, everything seems to indicate that this will be the case.

In an interview with the magazine GlamourEarlier this month, series lead and producer Lily Collins commented: “I hope viewers find more of themselves in different characters, and feel represented on the show. And I hope we have a third season, because I really hope we can go back and do this again. “

Meanwhile, Marylin Fitoussi, the series’ costume designer, told SHE who already have some ideas for season three: “My dream for season three would be to recycle the costumes from season one. I don’t know if we can do that, but I’m dreaming of bringing some of Lily’s most iconic outfits to the recycling workshop and seeing what can be done. “

Netflix ‘Emily in Paris’: Camille Razat does not rule out having a relationship with Lily Collins