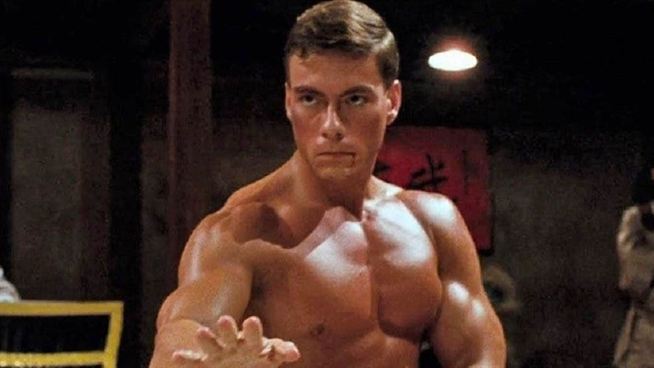 As of today, ten films starring Jean-Claude Van Damme join the Netflix catalog, including action classics such as “Timecop”, “Full Contact” and “Replicant”.

Synopsis: In the year 2004, man finally knows how to travel through time, generating a new breed of criminal speculators. The United States therefore created the TEC, an elite unit responsible for controlling all temporal displacement. But his own agents are not immune to temptations and Agent Max Walker is tasked with bringing back a deserter …

Inspired by the eponymous comic book, Timecop marks Jean-Claude Van Damme’s third foray into science fiction after Cyborg (1989) and Universal Soldier (1992). At the height of his popularity, the Belgian actor was directed there by Peter Hyams, an experienced Hollywood director who also staged him in the film Sudden Death.

Although it is not the most popular film of JCVD, the film nevertheless marked one of its biggest box office successes, with more than 100 million dollars collected in the United States alone.

Synopsis: Lyon, a legionary, is stationed in an advance post in the North African desert when he learns that his brother, in Los Angeles, is seriously injured. He deserts to help him but, without money, launches into full contact fights. When he finally arrives, weary, his brother is dead and the widow refuses his protection, while two unleashed mercenaries want to force him back to the Legion.

Revealed to the general public following the success of Bloodsport and Kickboxer, Jean-Claude Van Damme confirms in 1990 his new status as the new star of American action cinema with Full Contact; Made famous for its high-flying fight scenes, the film is also remembered for its iconic poster seeing JCVD ​​perform his famous split on a railroad track.

Very involved in the production of the film, Van Damme is also credited in the credits of Full Contact as co-writer.

Synopsis: In 1925, Christophe Dubois, street acrobat, is the leader of a group of orphans who live on plunder. Their latest take, a briefcase full of money stolen from a gangster, will turn his life upside down. Found by the traffickers, Christophe flees and hides in the holds of a cargo ship bound for the Far East. Discovered by the crew, he is chained and then freed by pirates who scour the Chinese coast. Lord Dobbs, their leader, notices Christophe’s extraordinary aptitude for combat and decides to make a clandestine combat champion.

The only achievement by Jean-Claude Van Damme to date (his second film – titled Frenchy – having never found a distributor), Le Grand Tournoi marks a turning point in the superstar’s career, with one of his very first box office failures.

However, the film does not lack qualities, starting with the performance of Roger Moore although the former interpreter of James Bond did not keep an excellent memory of his collaboration with JCVD, due to a chaotic shooting.

Synopsis: The remains of a bomber shot down during a punitive Middle East mission against a terrorist base lie peacefully somewhere in the Mediterranean Sea. On board the object of all covetousness, a highly perfected system so that the missiles never miss their goal. The CIA and the KGB each send their best agent to seize the precious object …

Shot shortly before it became a box office star, Black Eagle – The Ultimate Weapon is a secretly successful action flick; in this feature film, Van Damme lends his features to a KGB agent in a team with an American spy, a scenario reminiscent of the film Double Relaxation with Arnold Schwarzenegger released the same year.

Synopsis: In 1924 in Marseille, Alain Lefebre, a boxer bought by the Mafia for a fight, refuses to go to bed at the last moment and sends his opponent to the mat. Pursued by the mafia, Alain has only one chance to escape: change his identity and enlist in the Foreign Legion. A few weeks later, Alain and dozens of new recruits arrive at the Legion camp in Morocco where they undergo inhuman training intended to prepare them for combat in the desert. Shortly after, they are sent to Fort Brenelle, besieged by Berber rebels.

Originally conceived as an action comedy worn by a duo, Legionnaire suffered production difficulties with numerous rewriting of the script and the dismissal shortly before the start of filming from director Sheldon Lettich (replaced by Peter Macdonald, who had signed ten years earlier the staging of Rambo III). Strongly impacted by these last minute changes, the film nevertheless allows JCVD ​​to reconnect with its French-speaking origins, most of the time erased in its films.

Synopsis: Eddie, a lonely adventurer, travels the roads of the American West on a motorcycle. He arrives in Inferno, a small town rife with a bunch of bloodthirsty men. Assaulted and left for dead by three of them, Eddie decides to take revenge.

The ultimate 90s film shot by Jean-Claude Van Damme, Inferno gives him the opportunity to be directed by John G. Avildsen, the Oscar-winning director of Rocky and the trilogy Karaté Kid. A collaboration which nevertheless turned sour: dissatisfied with the result, the filmmaker demanded to be credited in the credits under a pseudonym, while JCVD ​​himself supervised the new editing of the film finally released directly on video.

Synopsis: Oscar, an archaeologist on the trail of a manuscript in Israel, disappears without a trace. His son Rudy then went in search of him but on the spot, he was assured that his father had never set foot in the territory. Rudy then finds himself embroiled in the dangerous plans of a religious sect wishing to trigger the Apocalypse predicted in a prophecy.

If he was not the first actor approached for the role (originally proposed to Steven Seagal), Jean-Claude Van Damme nevertheless had the privilege in the film The Order to give the answer to the legendary Charlton Heston in one of his very last appearances in the cinema. Once again directed by director Sheldon Lettich (who had directed it in Full Contact and Double Impact), JCVD ​​is credited for the last time in his career as the film’s co-writer.

Synopsis: For a long time, Garrotte, a serial killer with a grunge look, nicknamed “The Torch”, haunts the days and nights of Jake Riley, a police inspector who has vowed to arrest him. Once idealistic and broad-minded, Jake has learned enough about human nature to become cynical, hiding his disillusions under caustic humor. The victims of this bloodthirsty and elusive assassin keep piling up and Jake’s investigation still doesn’t progress, even though Garrotte has chosen him as his confidant and calls him out with each new crime.

In the 90s, Jean-Claude Van Damme initiated a pioneering movement by approaching the greatest Hong Kong action directors: Tsui Hark, John Woo, Ringo Lam … Collaborations with mixed results, mainly because of barriers the language between the star and these filmmakers, but also the attitude of Hollywood studios towards these foreign talents.

Nevertheless, Replicant remains as one of JCVD’s greatest successes with a Chinese filmmaker. For his second collaboration with Van Damme after Maximum risk, Ringo Lam signs a feature film halfway between action film and thriller.

Although limited to direct video output, Replicant was a great success with the public, to the point that the double performance of Jean-Claude Van Damme is still considered to this day as one of his most successful.

Synopsis: A secret agent leaves Slovakia for Germany by train. Her mission: to accompany a young woman carrying a mutant strain of smallpox, extremely harmful and which would become a danger to humanity in the hands of dark individuals …

If he gave the answer to very big names of cinema, Jean-Claude Van Damme rubs shoulders in Point of impact with a very particular playing partner in the person of Kristopher Van Varenberg, his own son (whom he had already directed at the bend of some scenes in his film The Grand Tournament).

Released directly to DVD, The Order remains considered a minor film but nevertheless of good quality in the filmography of JCVD.

Synopsis: Kyle Lord is an American worker who emigrated to Russia. After a phone call from his wife, visibly assaulted, he rushes home, but arrives too late. The law denying the obvious, he decides to take justice himself, and kills the murderer of his wife. He was then sent to one of the harshest prisons in Russia. The only occupation of the detainees is the organization of fights …

Third and last collaboration with the late Ringo Lam, In Hell plunges Jean-Claude Van Damme into the highly codified world of “prison films”. Although shot in Bulgaria, the action of the feature film takes place in Russia, a country in which the actor has remained very popular despite his decline in popularity with moviegoers in the late 1990s.

For the anecdote, JCVD ​​notably gives the answer to David Leitch, American stuntman and choreographer who became a leading director following the success of John Wick (co-directed with Chad Stahelski) and Deadpool 2.