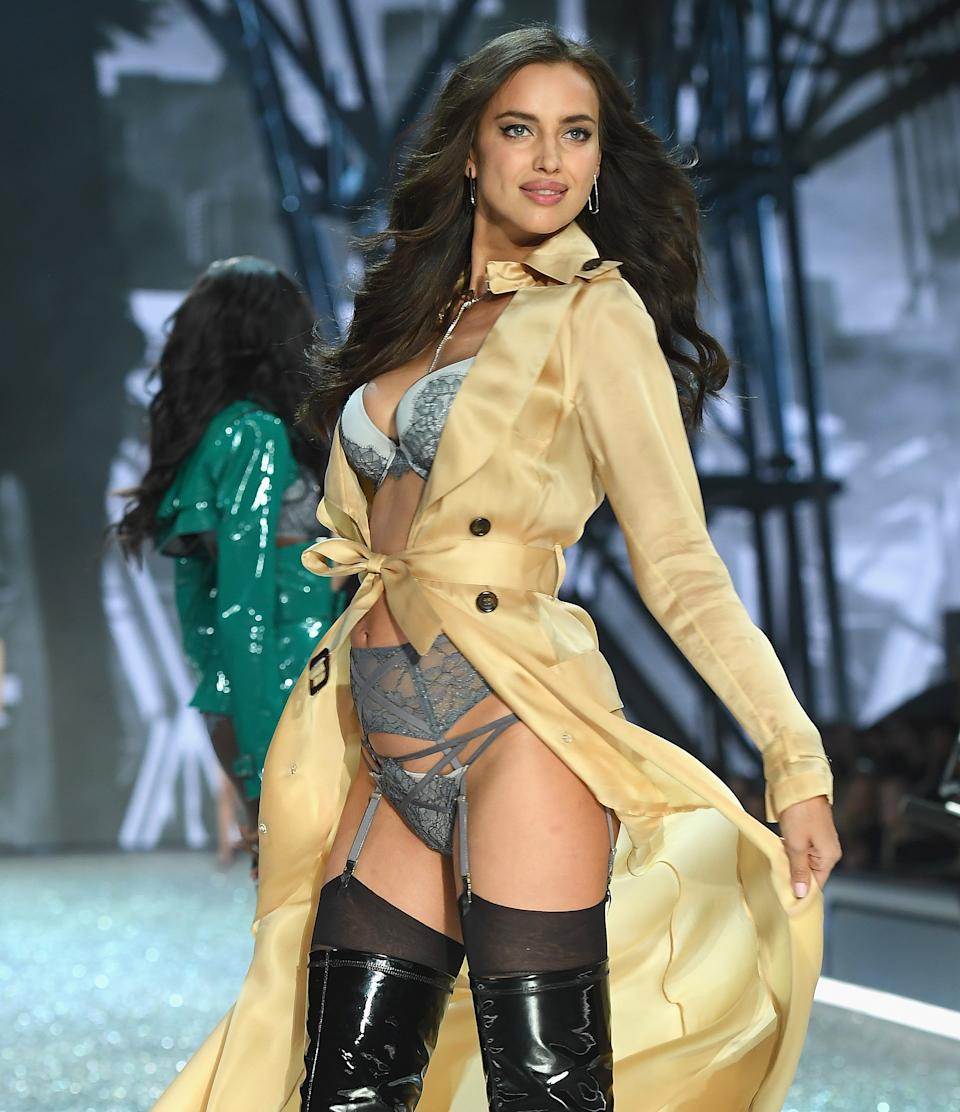 On the poster for the film A Star is Born, broadcast this Sunday, November 21, 2021 on TF1, Bradley Cooper is not in a relationship with Lady Gaga, despite the many rumors about them. On the other hand, a few months ago, he got close enough to his ex, Irina Shayk, for the public to consider a romantic reunion …

Bradley Cooper is considered one of the sexiest actors of his generation. We don’t count anymore the successful films in which he participated : the Australian actor has also hit hard by lending his voice to a Rocket Racoon in the saga Avengers that as an alcoholic singer in A Star is Born alongside Lady Gaga. But, the actor is also known to be a real Don Juan. From Renée Zellweger to Zoe Saldana via Jennifer Lopez, the actor was able to seduce the most beautiful women in Hollywood these last years. Her most memorable love story, however, remains the one shared with the model. Irina Shayk, with whom he had a baby in 2017.

A story marked by discretion from start to finish

Bradley Cooper and Irina Shayk work in different fields. He darling of American cinema, she star of the Fashion Week catwalks, both are regulars on the red carpet. But their meeting took place in an absolutely unique place of its kind: the White House, then occupied by Barack Obama. It was in 2015. At the time, the two protagonists came out of difficult breaks. The actor is freshly separated from model Suki Waterhouse, 17 years his junior. For his part, the top model has just ended a long relationship with Cristiano Ronaldo.

The two singles hit it off during the evening, which they spent without leaving each other, according to sources who attended the event. Love at first sight is obvious: they spend the night discussing, laughing, and do not leave each other until early morning, stars in their eyes. A few days later, they meet at the prestigious Met Gala and once again spend the evening together. According to a journalist from the site Page Six, they would have totally ignored everything that was going on around them to focus on each other, and would have kissed several times. Proof that the actor is ready to commit: he barely waits a few months to present his new companion to his mother, to whom he is extremely close.

If their job is to be on the front of the stage, there is no question of displaying their private life in the eyes of all. Irina Shayk and Bradley Cooper are very firm on this subject: they refuse to discuss their relationship in interviews, and do not share their intimacy on social networks. While they are regularly photographed by paparazzi, they do not post selfies, and only make rare official appearances together. One of their very firsts took place in Paris in 2016, during an event organized by the L’Oréal Paris brand. The following will take place in 2019 on the red carpet of the Golden Globes and the Oscars, with the exception of a very noticed appearance at the Met Gala.

Their privacy is so private that they haven’t even made an official announcement to announce the Russian model’s pregnancy. In 2016, Irina Shayk created a surprise by participating in the legendary Victoria’s Secret lingerie parade, revealing for the occasion a small rounded belly. A few months later, in March 2017, she gives birth to Lea de Seine Shayk Cooper, a little girl whose childhood is preciously protected since her parents categorically refuse that her face be broadcast in the media.

The first rumors of a breakup

A year and a half after the birth of their daughter, the first rumors that Irina Shayk and Bradley Cooper are having relationship problems are starting to fall. “They are unhappy together. He never wants to go out, never party, and she loves it,” an anonymous source told Page Six. Some say that the actor would have come too close to Lady Gaga during the filming of A Star is Born, that he would have been unfaithful. But the couple quickly twist their necks at the rumors. Bradley Cooper attends a parade of his beauty in December 2018, and it is hand in hand that they appear at the Golden Globes a few weeks later.

In February 2019, Irina Shayk agrees for the very first time to talk about her relationship and her private life, or rather the reason why she refuses to talk about it. “Since my work requires me to put myself forward, I decided that my private life would be discreet. This is why we call it” private life “: it is something that concerns you and you. your family only, and I feel very happy like that. ” For his part, the actor and director sends a beautiful message to his companion during a speech on the stage of the BAFTAs, where he was rewarded: “I wanted to thank Irina for supporting me while I was trying to playing music in our basement for a year. ” Unfortunately, a few months later, their breakup will be announced in the columns of the magazine. People, in June 2019.

Despite their breakup, Bradley Cooper and Irina Shayk do everything possible to stay close, for the sake of their daughter Lea de Seine. In an interview with ELLE magazine, the model said, “My past relationship is something mine, and it’s private. It’s a piece of myself that I don’t want to give away.” However, she agreed to mention her daughter’s father to Highsnobiety, saying, “He’s a full dad, no nanny. Lea went on vacation with him for almost two weeks. I didn’t have to call them once.”

Since the beginning of the summer, the ex-couple has been spotted several times arm in arm by paparazzi. A proof of their friendship and their complicity in raising their daughter, or a flashback? After all, aside from rumors that she had an affair with Kanye West in the summer of 2021, neither Irina Shayk nor Bradley Cooper have had a known relationship since their split. The field of possibilities remains open.

>> Irina Shayk: back on her love stories

>> IN PICTURES – Bradley Cooper celebrates his 46th birthday: a look back at his love stories