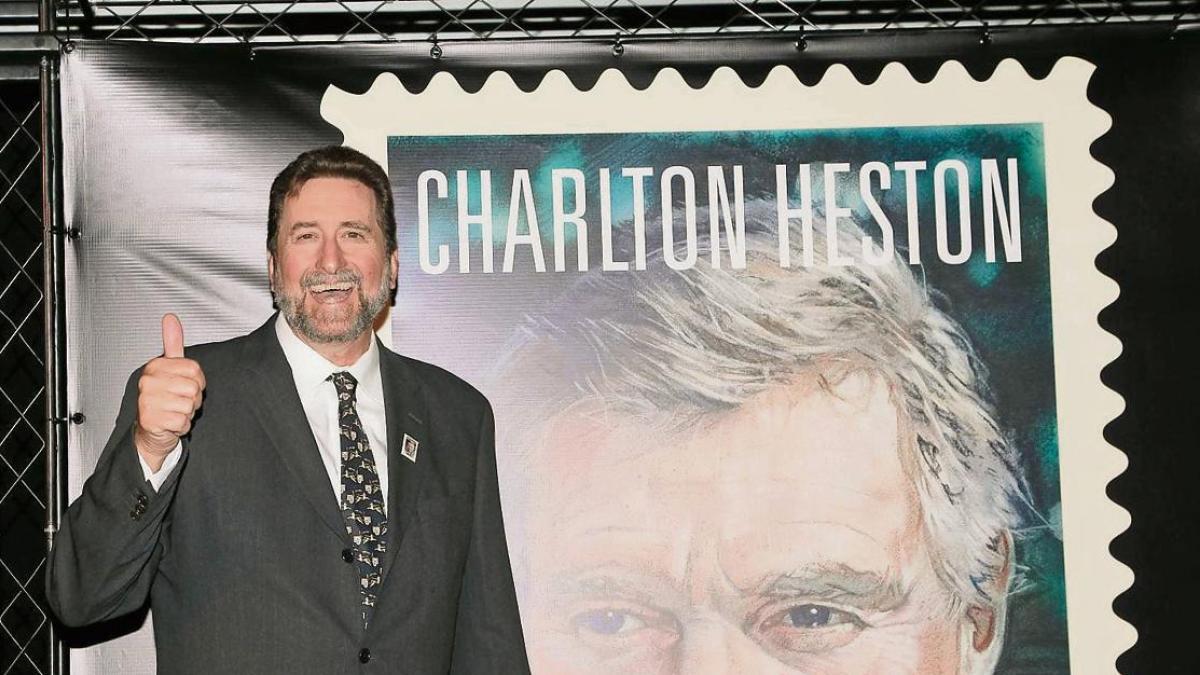 Although his credits as director and producer abound, he only has one as an actor. And it’s the year after he was born, in 1955. Fraser Clarke Heston landed the role of baby Moses in The ten Commandments when he was still in the womb of his mother, actress Lydia Clarke. On the day he was born, February 12, 1955, a telegram signed by Cecil B. DeMille arrived at his parents’ home, congratulating the protagonist of the film, Charlton Heston, on the arrival of his first-born son. It said, “Congratulations, Fraser landed the part. Sweethearts, CB ”.

That is why it is not surprising that to promote the release on Blu-ray of a restored copy of the great classic in which Yul Brinner, Yvonne de Carlo, Vincent Price and John Derek also participated, who was in charge of commenting on the impact that film had on the career of the icon of cinema is his son, who is now 66 years old: “Although he had made several films before, The ten Commandments it was the start of her starring career, a word she didn’t like to use. It was his first role in a great epic movie, which was a gamble that turned out very well, because everyone benefited greatly. Even so, he always saw himself as a serious stage actor, but having that place allowed him to apply for roles like that of Ben Hur , directed by William Wyler, with whom he had made a movie before, El Cid . He certainly launched his career in a way that far exceeded his wildest dreams, ”he details.

“Above all, he was a family man. he was married to my mother for 66 years before she passed away “

Although he obviously does not remember anything from that filming, the long conversations he had with his father allow him to say today that Charlton admired the meticulousness with which DeMille worked, with whom he had also previously met in The greatest show in the world , and the deep research that preceded his filming: “DeMille created special effects that had not been seen before, such as the separation of the waters in the Red Sea, something that it is not necessary to remember that at that time it was not done with computers” , Explain.

Fraser reveals that, although his father did not keep most of the costumes he used in his films, he did keep Moses’ clothes and utensils, which neither he nor his sister Holly wanted to part with after their death. mother in 2018, although he admits that they will probably end up donating them to a museum: “It is an important part of Hollywood history and not just his own films,” he says, and then remembers that when as a child he played with the prophet’s rod, his father told him to be careful where he pointed it, it was not something that divided the waters of the pool of someneighbour.

While he does not miss an opportunity to speak wonders of his mother, who was also a photographer, Fraser gets emotional when he talks about his father: “He was the best father a child could have had, not only because of the wonderful places he took us or the enthusiasm that came from going to the set and seeing the stunts, the battles and the special effects, all those things that led me to become a director. But above all he was a family man. He was married to my mother for 66 years before she passed away. She was the only girl he ever loved. It was dedicated to her, my sister and me. He was a very traditional man who lived in Hollywood, which sadly wasn’t always the case, “he admits.

Fraser also knew him well as an actor, having directed him in four films. The first of them, Duel in the depths 1982, it was officially Charlton’s second film as a director after Mark Antony and Cleopatra , but his son shared chores with him unofficially. Then came two movies for television, The island of the treasure Y The crucifix of blood, in 1990 and 1991 respectively, and he directed it for the last time in Alaska , in which he only had a supporting role, in 1996: “Several times we shared a house in England when we filmed together. We were like Sherlock Holmes and Watson. Being able to connect with your father as an adult, working with him as a collaborator, was a great experience. He was very easy to get along with, he was very professional and always open to creative ideas, ”he recalls.

“We weren’t always in agreement, but we knew those discussions were going to improve the movie. Looking back, they were some of the best moments of my life and my career as a filmmaker. Working with my father was a great privilege ”, he adds, visibly moved.