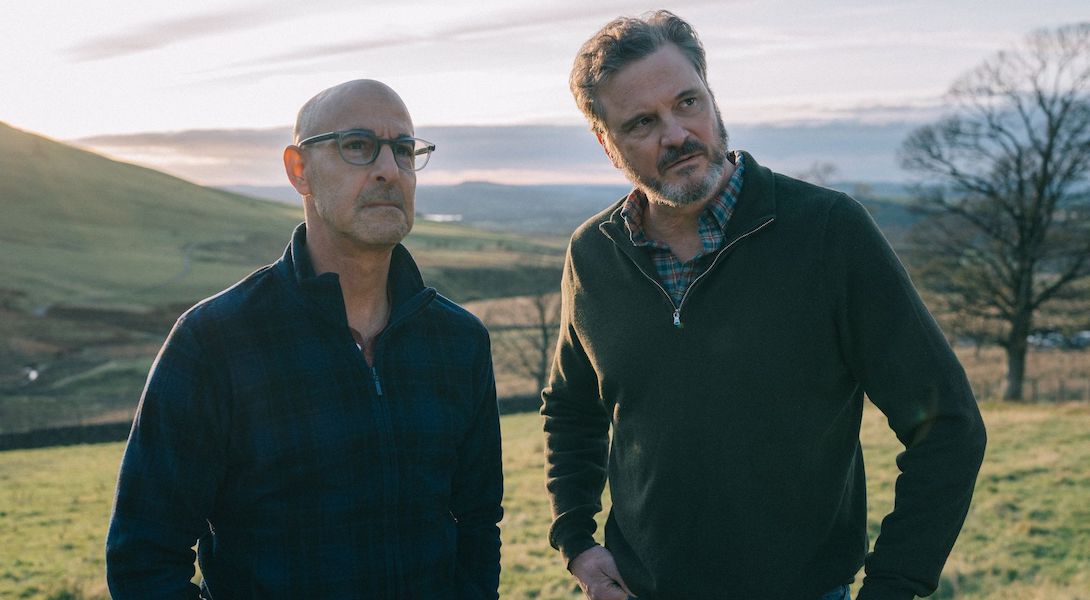 Very friends in life, Colin Firth and Stanley Tucci share the shattering poster Supernova, signed Harry Macqueen. a road movie all in simplicity where they embody a gay couple on the way to say goodbye. To be discovered in theaters now.

Dementia is one of those key subjects which, in cinema, serve as a solid dramatic anchor. After all, there is something intrinsically moving about this neurocognitive disorder: the tragic idea that all his life, all his memories can fly away, to the dismay of those close to him, forced to attend. this gradual decline. Several acclaimed works of cinema have taken up this theme, like Still Alice with Julianne Moore or again this year The Father, for which Anthony Hopkins walked away with the Oscar for Best Actor. Supernova, currently in theaters, is added to this list.

United in the face of disease

Directed by Harry Macqueen, of which it is the second feature film, Supernova focuses on Tusker and Sam, respectively played by Stanley Tucci and Colin Firth. Together for twenty years, they decide to treat themselves to a road trip a little peculiar: Tusker has dementia premature and he wants to go to the Lake District, a symbolic place for them, before he loses his cognitive abilities. They take the road through England, stopping on the way to reconnect with relatives. A journey that risks revealing unspoken things and upsetting their last moments together …

The idea that it is necessary to cast gay performers to play gay roles deserves to be heard. However, the game deployed by the Firth / Tucci tandem in Supernova can serve as a superb counter-argument. The melancholy and palpable sincerity of one aptly marries the malice and thwarted vulnerability of the other. Reputed to be close in everyday life, the two actors show a necessary complicity, giving the story a meticulous dosage of credibility and humanity.

A touching story but not tearful

In view of its somewhat distressing synopsis, Supernova does not impose itself as a road movie very hectic. Rather, the film relies on a rather slow tempo, granting a generous place to silences – useful for appreciating the beautiful natural landscapes that punctuate the story. Far from being in the exacerbated melodrama, the work of the (promising) filmmaker Harry Macqueen prefers simplicity, whether in its visuals or its lines. So much so that at the end of the day, the homosexuality of the central couple is only anecdotal: the plot revolves around two loving and devoted people, faced with a challenge they never thought they would have to overcome.

Many times postponed because of the health crisis, Supernova has finally offered a release date in France, this Wednesday, September 8. Its promotion being less and the competition being substantial, the film may not last long in theaters. But it would be a shame to miss this humble drama, carried by a scenario on a human scale and a duo of actors more than convincing.

READ ALSO >> “The Fracture”: Marina Foïs and Valeria Bruni-Tedeschi tear each other apart in the trailer