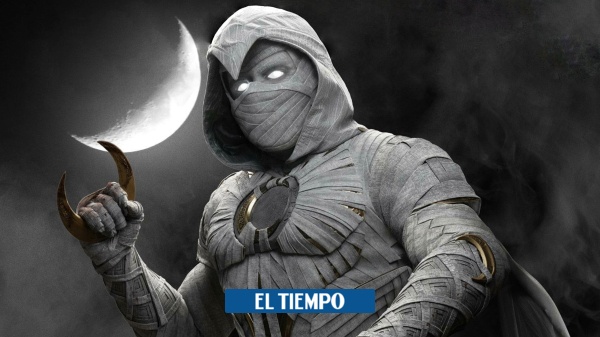 It is enough to speak with Oscar Isaac for a few minutes to find out why he has grown so much in Hollywood in recent years. He exposes his well-known grace with each response and gesture to the questions that El Comercio asked him about the Moon Knight series, available on Disney +. There he plays a hero full of contradictions, but his acting skills make him credible.

Born in Guatemala in 1979, Oscar Isaac Hernández Estrada emigrated to the United States at a very young age with his family, where he discovered his passion for spotlights. Like almost all actors, he started small. In his early days he was Saint Joseph in a film about the birth of Jesus (2005) and then Che Guevara (2008). Thanks to Star Wars: Episode VII (2015) the world knew his talent, something that he confirmed in Dune (2021). In Moon Knight (Moon Knight) he plays Steven Grant.

(Also read: ‘I wish I hadn’t done it’: The movie that embarrasses Sandra Bullock)

The official synopsis for Moon Knight features Steven Grant, a mild-mannered gift shop clerk who discovers he has dissociative identity disorder after fainting and experiencing flashbacks from another life. One of Steven’s identities is the mercenary Marc Spector, and as Steven/Marc’s enemies converge on them, they must navigate their complex identities as they plunge into a deadly mystery among the mighty gods of Egypt.

That will certainly be the case, as the images show an increasingly incoherent reality for the character until we hear Ethan Hawke’s character encourage Steven/Marc to “embrace the chaos”, at which point we can appreciate the hero’s transformation. empowered by the powers of Egypt.

Although Marc Spector is Moon Knight’s most well-known identity in the comics, Oscar Isaac is first introduced in the trailer as Steven Grant. The trailer doesn’t make it clear which of Marc’s other comic book identities will appear in the series, or if new identities will be introduced. However, since the trailer spends a lot of time introducing Steven/Marc’s disorder, it looks like his condition will be explored in greater depth in the series.

As soon as the villain who will be played by Ethan Hawke, is not named in the trailer, but his lines in the subtitles are attributed to Arthur Harrow, a character who only appeared in a few issues of the comics.

On the design side, the hero bears similarities to Batman, only he wears a white suit. But they both fight at night and have similar weapons. El Comercio spoke for a few minutes with Isaac.

Starring Oscar Isaac, the fiction focuses on Steven Grant and the enigma within his own mind caused by his memory affected by memories of a life that is not his.

Is Moon Knight just a white-suited Batman or is he different?

Hey, how can you say that, what a question (laughs). No, it has nothing to do with Batman. This is the story of someone who survives horrific abuse, and from that moment on, his mind fractures into different personalities. That’s called dissociative identity disorder. That is what this person suffers from. And this story is the outward expression of his inner life. And it can be seen as a superhero story or on another deeper level. These are symbols of the challenge you have with this disorder.

This is the story of someone who survives horrific abuse, and from that moment on, his mind fractures into different personalities. That’s called dissociative identity disorder.

Yes, it had to be done with a lot of respect and an eye for detail, not to do the stereotypical thing and to be honest, how does it feel. For me, the most important thing is not how it looks, but how it feels to live with this, to live confused, not knowing if an hour or a month of your life has passed. Not having moments of your memory, which are dark. Living with that thing, how horrible. And also wanting the character of Steven, wanting to connect with people, have a normal life, without knowing why his life is being destroyed and little by little discovering that he has this disorder and shares his body with a mercenary who believes he has superpowers of an Egyptian god. He is crazy, right? And being inside his skin, from his point of view, that was the challenge. And I think we did.

It’s not common. And much less common in superhero stories. I saw that there was an opportunity to do something very different and have a very creative process, because Kevin Feige (president of Marvel Studios) and the producers who were doing this series, we were all collaborators, we talked about everything, the suit, the actors, We talked about the dialogue, the scenes, everything. I was just an actor, but I was part of creating the entire series.

Moon Knight, apart from being a superhero series, is also an adventure like those treasure hunting movies from the 80’s. Considering you grew up in those times. I imagine he had an interesting connection to that history class…

It’s the first time someone has said that, but yes, you’re right. It has something of those adventure stories, archaeological. I think sometimes those things come into it because it’s the movies we watched when we were young and that point of view comes into what we do.

And what is your favorite adventure movie from those times?

Lastly, you have been to several franchises. In Star Wars. He’s at Marvel now. He was in Dune with an excellent role. What other franchise would you like to be a part of?