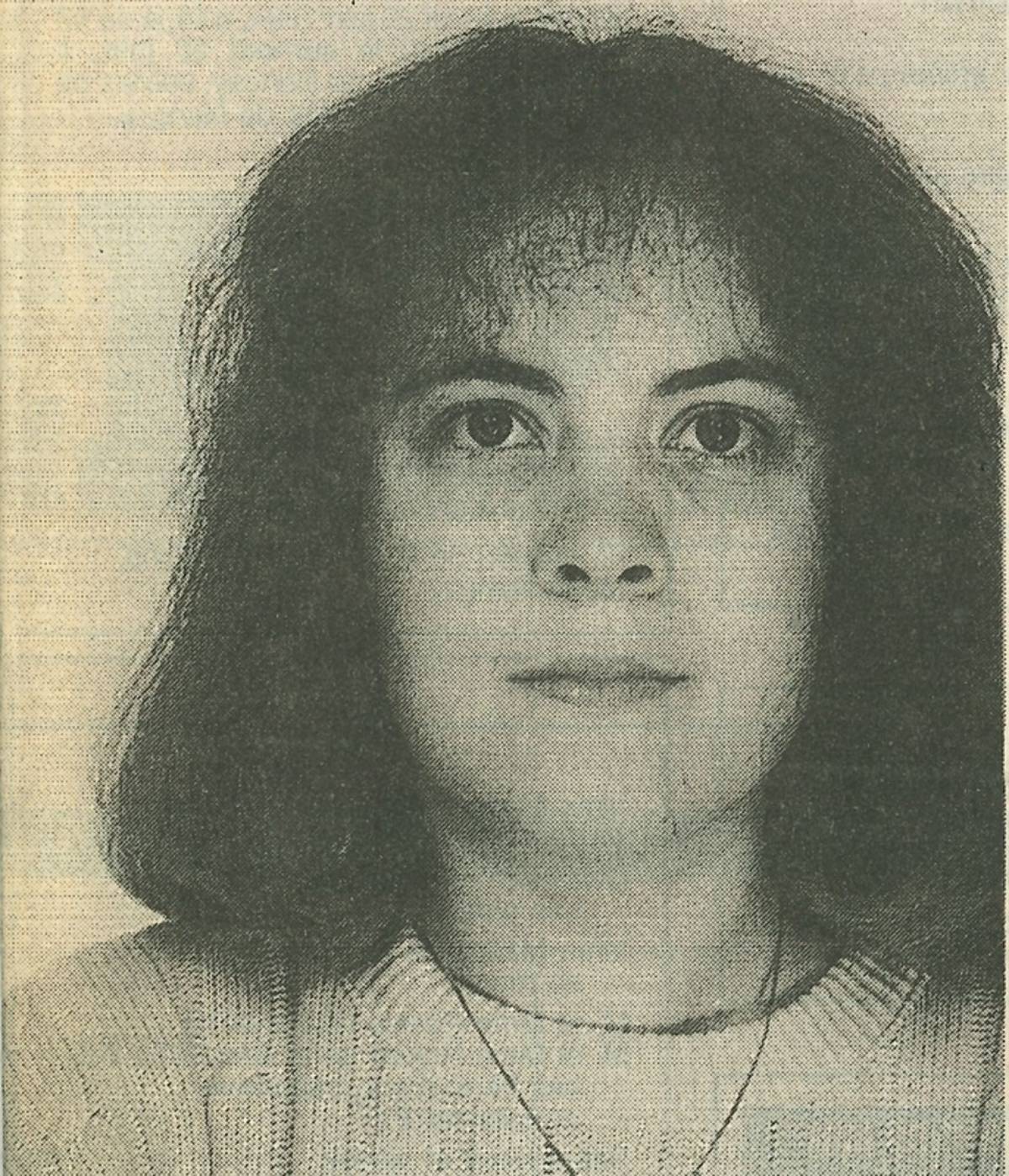 After the creation of the judicial center for unsolved cases in Nanterre (Hauts-de-Seine), on March 1, all the courts of France probed their archives in search of files, classified or not, that remained in abeyance. Here are those of Cher.

Éric Maillaud, new public prosecutor at the Bourges Court of Appeal, was part of the working group which submitted a report to Minister of Justice Éric Dupont-Moretti, on the basis of which the new jurisdiction of Nanterre, dedicated to cases not elucidated (cold cases), was born. Since his arrival at the Bourges Court of Appeal on September 1, Éric Maillaud has been studying the cases within the jurisdiction that could be transmitted to this new pole.

What are the criteria for sending a cold case to the specialized centre?

A real cold case is a file in which the investigators feel they have done everything. When no DNA matches the files, when we’ve heard every possible human being. The cold cases division takes cases less than seven years old in which a case has been dismissed or not, but which are not time-barred. To avoid files that are still alive. In judicial matters, seven years is not much. We favor serial crimes, crimes with multiple victims or those whose perpetrators are not known to the Fnaeg, the national automated file of genetic fingerprints. It is a work of human memory.

The cluster has already received 190 files. He will be careful not to overload himself because, for the time being, he has only three investigating judges and no dedicated investigation service. The files will not all give rise to an opening of judicial information immediately. There have been, for the moment, about forty openings of information. There must be a rotation of files and, above all, not to despair the victims. We cannot treat a crime like another file, because there are always people who mourn the victim.
Will Cher send a file?

No file was proposed. The Nanterre center was contacted for the Mourao case, but the file is still with us.

How to take a fresh look at a case?

At the Nanterre pole, the files will be read by an honorary magistrate, which sometimes takes several months. Changing everyone, investigators and magistrates, is a chance. You have to start all over again from A to Z to see if the tracks have not been neglected or dismissed too quickly. It may happen that a testimony is not taken seriously or that an investigator misses a clue. The risk in an investigation that lasts is weariness. The experience of the magistrate, who can offer new expertise, comes into play. The scale of assumptions changes over time. It’s very difficult not to form a conviction when reading a case, especially if it has been covered in the media.

What can rock an investigation?

It takes a bit of luck, flair and experience. But there is no rule. This may be new incriminating elements of a scientific nature or of a human nature. The evolution of techniques means that scientific evidence, such as DNA or ballistics, is regularly brought out to be analyzed again. Sometimes people talk in detention. It is not uncommon for murderers to serve time and confide in fellow inmates. Some want to ease their conscience years later. A criminal investigation is living matter.

On June 24, 1994, the body of a woman was found in a wood between Bengy-sur-Craon and Flavigny.Mylene Chopineau

Mylène Chopineau, 30, an accountant in two supermarkets in Nérondes and Avord, disappeared the day before. The young woman, originally from Saint-Nazaire (Loire-Atlantique) and living in Orval, would have left the Nérondes store at noon, to join that of Avord at 3 p.m. She would have taken advantage of her break to have a picnic. Mylène Chopineau’s car is found: the keys are in the ignition, the car radio on. Inside, the gendarmes find the recipe for the Nérondes store, more than 40,000 francs. According to the first findings on the body of the victim, partly naked, she died strangled with a cord. The tests do not prove sexual abuse. Monday, July 4, two people are placed in police custody, before being released. On April 18, 2001, a dismissal order was issued by the investigating judge. The case was reopened, two years later, following testimony implicating a man. In 2005, the file was sent to the research section of Dijon (Côte-d’Or) which listed the unsolved murders that could be attributed to the serial killer Michel Fourniret. This track did not yield anything.

The lifeless bodies of Arlette and René Malassenet were discovered on Friday, September 26, 2008, at their home in Saint-Amand-Montrond. They were killed in broad daylight, in the middle of town. 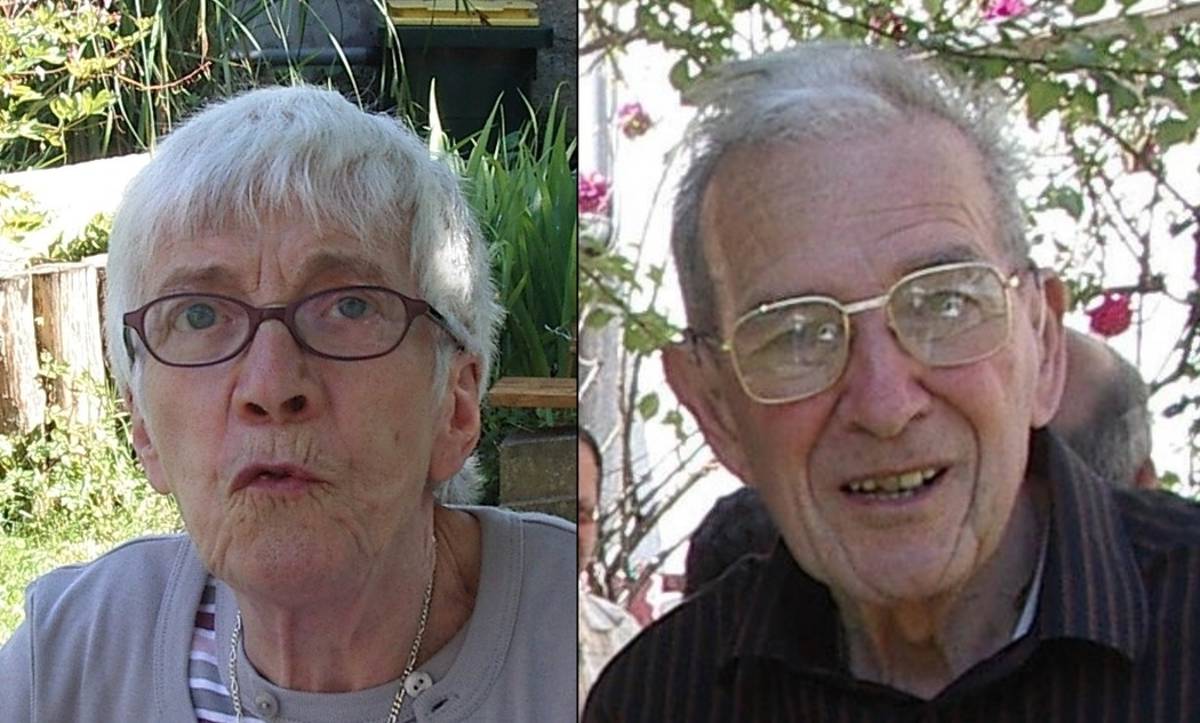 It was a neighbor, alerted by the couple’s daughter, who discovered them. Arlette, 82, and René, 85, succumbed to a violent death on Thursday, September 25, at the start of the afternoon, following multiple blows, revealed by the autopsy.

No trace of break-in was found. A judicial investigation for “intentional homicides concomitant with or linked to the crime of theft” is opened, two weeks after the facts. On Tuesday April 7, four people – two brothers, their mother and a friend – from Saint-Amand-Montrond were taken into custody. In the end, no charges were brought against them. In July 2009, investigators are looking to see if a link can be established between the murder of the Malassenets and several assaults on retirees in Cher, Indre and Haute-Vienne. In vain. On March 4, 2014, a new twist: one of the suspects arrested in 2008 was once again placed in police custody. A witness claims to have seen the 41-year-old man cross the gate of the house on the day of the tragedy. He is indicted, placed under judicial control and released. The Malassenet file was closed without further action.

On Sunday July 6, 2008, around 4 a.m., Thierry Chauvineau, manager of the bars Le Cujas and the Euro Café (today the Carpe Diem Café), was shot in the groin by a 9mm bullet in his house. of Saint-Doulchard. He was 51 years old.

It was his companion, Danielle Montesquieu, who discovered his body at 6 o’clock. The house was searched and a safe emptied, indicates the parquet floor of Bourges. The hypothesis of a burglary that went wrong is ruled out: no break-in is observed and the house dog (described as a good guardian) has not barked. The track of one or more killers who entered with the victim, or who would have joined him, is privileged.

premium Back to the main dates of the Thierry Chauvineau affair, former boss of Cujas shot dead in 2008

The circumstances of his death remain disturbing, since two other bullets are found in a cupboard and in a wall. A witness indicates that a gray car was parked in front of the house the evening of the murder. Despite a call for witnesses, a reward offered by the children of Thierry Chauvineau, Paul and Mélanie, and above all the discovery of the murder weapon – an Agram 2000 submachine gun – a case was dismissed in December 2014. appeal lodged by relatives and a request for additional expertise, the dismissal was confirmed on March 17, 2015. The ten-year limitation period then began.

A 36-year-old Berruyer disappeared on his release from prison on December 22, 2011. Despite a call for witnesses, Philippe Gozard remains untraceable.

On February 26, 2012, the investigating judge Paul-Édouard Lallois launched an appeal for witnesses to try to gather information on a disturbing disappearance.

Philippe Gozard, 36, resident of the Moulon district, in Bourges, and licensed table tennis player at the Cercle Jean-Macé Bourges table tennis (CJMBTT), “has not given any sign of life to his relatives and friends since December 22, 2011 “, According to the magistrate, the day he left the Bordiot remand center where he had served a four-month sentence for violence. Berruyer’s mother had reported her disappearance on January 31, 2021. An investigation was entrusted to the Interregional Directorate of the Orléans Judicial Police (Loiret) and to the urban security brigade of the Bourges police station. A judicial inquiry has been opened. After a detour to a bar-tabac in the Moulon district, he visited his ex-girlfriend, then evaporated. According to his former companion, interviewed by Le Berry Républicain, in July 2011, Philippe Gozard told him that he was going skiing with friends in Savoie.

In Châteaumeillant, on March 25, 2016, the body of a man was found by his neighbor at his home. Fernando Mourao, 60, was shot dead.

The victim was shot four times, two of them in the head. Eleven months later, Gilles Tourny, 67, the neighbor who discovered the body, is indicted and imprisoned. He claims to be innocent of the murder of his friend, with whom he worked for many years.

New investigations in the case of the murder of Fernando Mourao, in Châteaumeillant, “things are starting to move”

No material evidence binds him formally to the facts. A mobile, tenuous, is advanced. That of extramarital relations between Gilles Tourny and the victim’s ex-wife on the one hand, and between Fernando Mourao and Simone Tourny, Gilles’ wife, on the other. On May 19, 2017, a reconstitution is organized. After three requests for release, Gilles Tourny was released on June 2 and placed under judicial supervision. In September 2019, while the Bourges public prosecutor’s office must decide whether or not to dismiss Gilles Tourny before the Cher assize court, new investigations are requested by the investigative chamber of the Court of Appeal of Bourges, seized by civil parties. After several changes of investigating judge, waiting for the return of the analyzes requested, the Mourao case is still pending.

The case was all cold case, but it found a way out before an Assize Court of Appeal of Nièvre, last April.

The Mathieu Hocquet affair has long remained a mystery. On July 12, 1999, the 22-year-old man left his house to walk his dog. On July 13, behind the ZAC Sologne, three kilometers from his home in Vierzon, his body was found near a tree.

premium A link between the death of the young Vierzonnais Mathieu Hocquet and that of the former boss of Cujas, Thierry Chauvineau?

He was severely beaten, probably hit by a stick and/or a stone. In 2005, a dismissal turns the page on this case. But in 2017, an anonymous phone call revived the investigation. A first man is arrested. His confession resulted in the arrest of three other men. All lived in Vierzon at the time. Twenty years later, four suspects were returned to the Cher Assize Court in April 2021 for kidnapping, forcible confinement and arbitrary detention followed by death and sentenced to sentences of twelve, eighteen and twenty years’ imprisonment. . Cyril Bourguignon, sentenced to twelve years, accepts his sentence. The other three are appealing. The case was sent back to the Nièvre Assize Court of Appeal last April, which sentenced Samir Berkani to fourteen years’ criminal imprisonment and Bouchaïb Mohib to eighteen years’ criminal imprisonment. The last accused, Driss Belkhouribchia, sentenced to sixteen years’ imprisonment, is appealing in cassation.