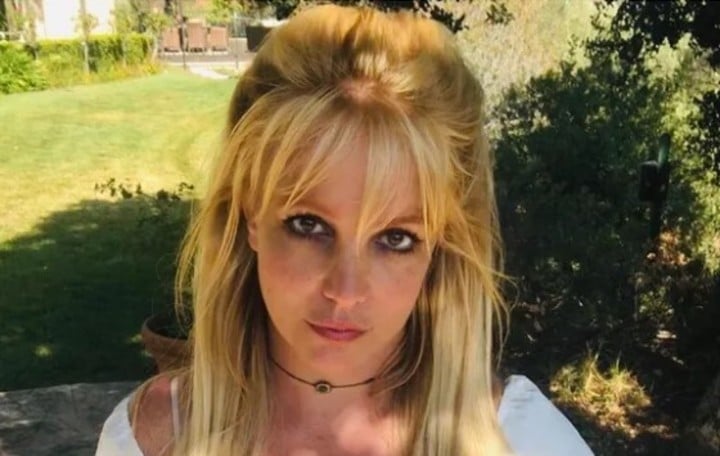 The “Stranger Things” star sees a lot in common with the singer. And she goes for it.

Millie Bobby Brown she was only nine years old when she made her acting debut in Once Upon a Time in Wonderland, from ABC television, giving an endearing performance as young Alice in an inspired adaptation of the popular universe created by Lewis Carroll. Her performances in movies Godzilla, Enola Holmes and her career-defining role as Eleven in stranger thingsfrom Netflix, a young woman with psychokinetic and telepathic abilities, only cemented her position as an incredibly talented actress.

But besides being an artist, as he tells slashfilmMillie Bobby Brown has immersed herself in the beauty industry, has worked as a UNICEF ambassador and is the youngest person to appear on Time magazine’s list of the 100 most influential people in the world.

In everything she does, she is a constant source of inspiration for teenagers. There’s nothing Bobby Brown can’t do if she puts her mind to it, and it looks like the young actress is already poised for a bigger, more serious role: a biopic.

Hollywood is experiencing a major biopic resurgence, thanks not only to Elvis, by Baz Luhrmann, starring Austin Butler. Several celebrities have their stories in the movies, like the recently released Blonde, with Ana de Armas as Marilyn Monroe. And Rooney Mara is going to play Audrey Hepburn, and Little Sparrowfrom Madonna about Madonna, will have Julia Garner in the title role.

Bobby Brown seems to be taking notice of this trend and has aligned it with his future interests, which include playing pop princess Britney Spears. Before the release of Enola Holmes 2 on Netflix, the actress appeared in The Drew Barrymore Show, where he made his intentions clear. Millie Bobby Brown revealed that she wants to play a real life figure and she believes that she can tell the Britney Spears story as she resonates with her experiences.

Millie Bobby Brown, at the premiere of “Enola Holmes 2”, in which she stars with Henry Cavill.

The actress brought up the shared background between her and Spears, as both the singer and the young actress grew up heavily in the public eye. Bobby Brown was the breakout star of Stranger Things when she was just 12 years old and, like Spears, she has grown up under the overwhelming attention of the media that never stops scrutinizing her.

Speaking about Britney Spears’ life story, the young woman said: “I think her story, first of all, resonates with me. Growing up in the public eye, watching her videos, watching interviews of her when she was younger… I mean, same with me, I see the struggle for words and even though I don’t know her, when I look at photos of her I feel like I could tell their story the right way.”

The actress’ filmography thus far clearly indicates that no role is off limits, as she possesses the ability and talent to play all kinds of characters. Bobby Brown has brought to life complicated and nuanced sci-fi protagonists and fourth-wall-breaking detectives with a penchant for comedy.