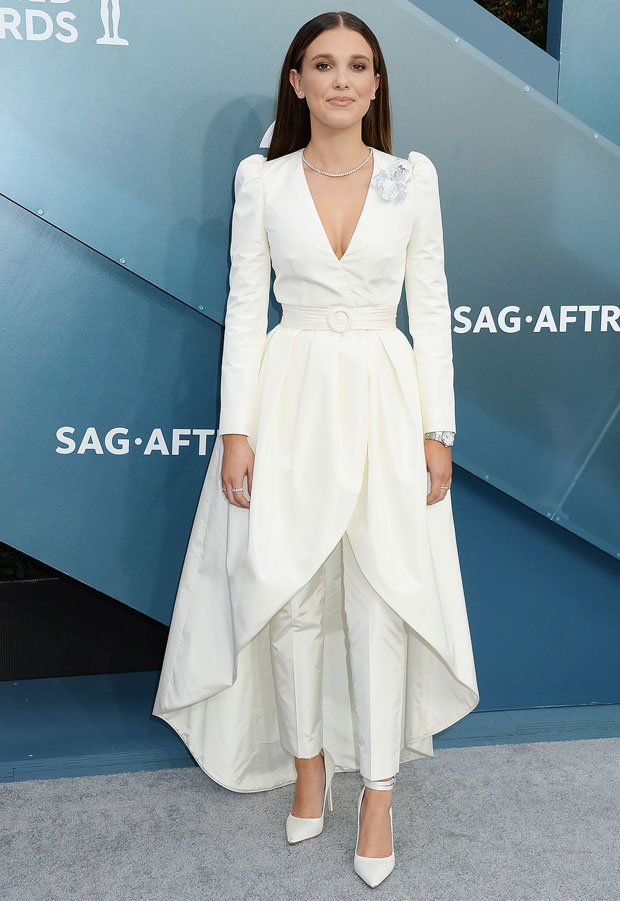 It looked like Millie Bobby Brown had had a very cozy Christmas! She started the day snuggling up Jake Bongiovi on a lovely Instagram vacation morning.

Love is in the air! Millie Bobby Brown, 17, made no secret of her feelings for her boyfriend Jake Bongiovi, 19, while sharing a Christmas morning pic with her sweetheart. the Strange things the star smiled softly as she wrapped her arms around Jake, who is rocker Jon Bon Jovi’s son. The two teenagers were dressed for the holidays, wearing chunky Christmas sweaters as a sparkling tree sat in the background. Keeping her post short and sweet, Millie captioned her post by saying, “Happy Holidays.”

Millie and Jacob were first linked in early June when they started dating on social media and were later seen holding hands on a walk in New York City on June 17, 2021. Although the duo did Preferring to keep their relationship out of the spotlight, they all confirmed they were dating on November 1 when they shared a kissed Instagram photo taken on the London Eye.

Not much is known about Jacob, who is the second youngest of Bon Jovi’s 4 children and high school sweetheart Dorothea Hurley. A native of New Jersey and a graduate of Pennington High School, he announced he was accepted to Syracuse University in February 2020, but has since removed the post.

Millie once dated a rugby player Joseph Robinson, January 19, 2020. Before that she had a brief relationship with the singer Jacob Sartorious, 19, which ended in July 2018.

Meanwhile, the Enola Holmes the talent is about to resume the path of the promotion before the release of the 4th season of Strange things. The retro sci-fi series wrapped filming in September and is scheduled to premiere in mid-2022.

Co-creator Ross Duffer teased what’s to come Hollywood journalist in August 2020. “Season four will not be the end,” he revealed. “We know what the end is and we know when it will come. [The pandemic] gave us time to look ahead, to figure out what’s best for the show. Starting to fill in that gave us a better idea of ​​how much time we need to tell this story. “